On the Toronto stop of his Ridiculously Self-Indulgent, Ill-Advised Vanity Tour, Weird Al earned the right to play a full set of originals 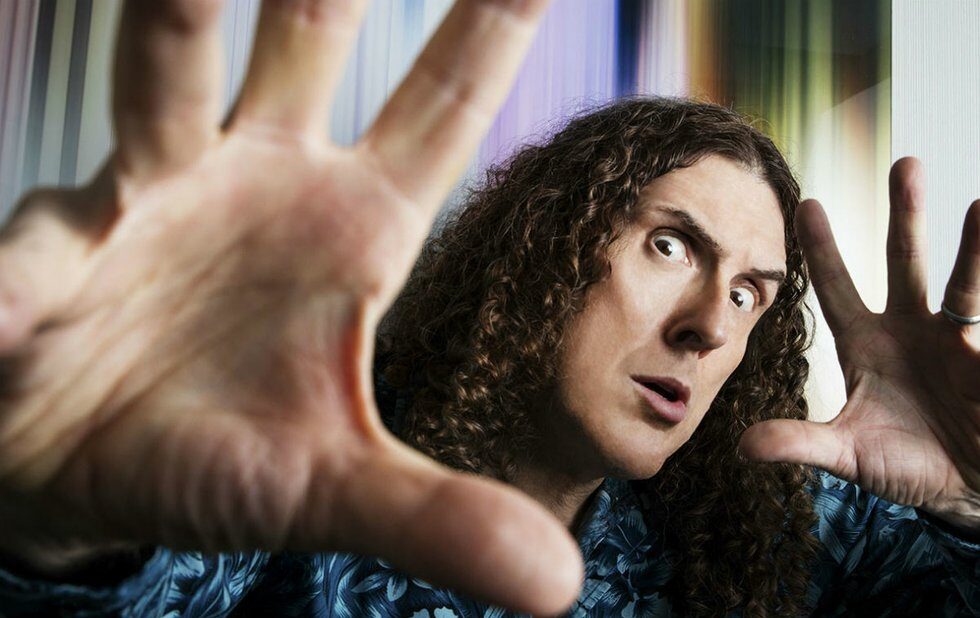 Introducing music’s longest-running parody artist after his own opening set at the Danforth Music Hall Friday night, comedian Emo Philips took us back to his role in the 1989 film UHF. “If you had asked me then which would last longer: the post office, newspapers, the USSR or Weird Al Yankovic, I doubt I would have said Weird Al.”

And yet, March 9 was the second sold-out night in Toronto for Weird Al’s Ridiculously Self-Indulgent, Ill-Advised Vanity Tour. The tour finds the musician performing smaller venues with his five-piece band performing on stools with no costumes, no frills, and, most crucially, playing all original songs – his lesser-known (but still beloved by fans) “style parodies.”

If anyone’s earned a self-indulgent vanity tour it’s Yankovic, an artist in the fifth decade of his career in a genre that isn’t supposed to last more than a year or two at most. And stripping away fat suits and Quincy Jones’ Michael Jackson arrangements gave us a glimpse at how.

The first two songs were soft rock style parodies of Ben Folds and Hanson, but then Yankovic paused and said “have we rocked the house yet?” That segued into I’ll Sue Ya, a song about an overly litigious narrator performed in the style of Rage Against The Machine. Guitarist Jim “Kimo” West and bassist Stephen Jay (both in the Weird Al band since the 80s) were just as adept at Killin’ In The Name Of-style riffing as gentle pop, jazz and blues – at least as authentic as a Prophets of Rage show. Yankovic said after the song that “now we’re going to go back to not rocking the house,” but the band still got some time to shine. Throughout the night Weird Al yelled out for solos, and they each got about three notes apiece.

The style parodies tend to be where Yankovic betrays his true taste (versus his biggest hits, which follow whatever is on the pop charts at the time), and you could see the glee he had in playing the songs live, some for the first or second time ever. He even played Mr. Frump In The Iron Lung, a song he wrote when he was 17, that builds an Arlo Guthrie/McCartney-style novelty jaunt around the sound the air release valve makes on an accordion (West had to manually mic his air button while he played it). Fan favourite Dare To Be Stupid, meanwhile, was transformed from its nervy Devo roots into a loungey blues number that setlist.fm calls the “Grateful Dead version.”

He explained the backstory behind Bob, which he said started as a writing exercise in 2002, a palindromic year, to compose a song entirely out of palindromes. When he was done with the lyrics he thought the words sounded like they should be profound but really aren’t and realized, “hey, this is a Bob Dylan song!” After playing it, he said his harmonica out of tune with the other instruments, and quipped it was “the first time Bob has ever been in the wrong key!”

At their heart, the songs are all little experiments in voice, tone and genre, not that far separated from a more “serious” band like the Magnetic Fields. You take a style of music and a comedic persona (often at odds with each other), commit hard to both, make sure they rhyme and fit the metre, throw in a few references to spam or piranhas, and you’ve got a Weird Al song. But if it’s so easy, why hasn’t anyone else had the same success?

It’s partially a result of his longevity. Many in the crowd were clearly fans for decades, each with their own bucket list set list (the few who yelled out for his biggest hit White & Nerdy were met with an emphatic “No!”). But it’s also the very real songcraft. The Biggest Ball Of Twine In Minnesota is a Gordon Lightfoot quest epic on a not-so-epic scale, Nature Trail To Hell is every “spooky” song cliche turned up to 11.

He did eventually play some of his hits, albeit as a bluesy/jazzy MTV Unplugged medley. Eat It got the acoustic Eric Clapton Layla treatment, Amish Paradise was very tasteful, I Lost On Jeopardy got a nice walking bassline and Like A Surgeon was a dramatic ballad showstopper.

After an encore brought them back and a wide-eyed Yankovic deadpanned “we were not expecting THIS,” the band did a first-time experiment: the Ventures’ surf-rock classic Wipe Out played in four keys at once. It was both proof he could pull off a Weird Al-style musical joke without any lyrics, and a reminder that music is something you play – much appreciated at a time when even throwback 90s party pop is taken very seriously.

It was also a reminder that parody music requires good musicians, and West and Jay got a chance to indulge that side a bit more at the Garrison after in a duo show as part of their Parallel Tour. (It also answered my question “what’s nerdier than the phrase ‘Weird Al deep cuts?'” The after-show by Weird Al’s band.)

Jim West, who’s originally from Toronto, is actually a top modern practitioner of traditional Hawaiian slack key guitar, and he treated his cold hometown to some of the laid-back open tuning instrumental acoustic guitar. “It’s a lot to wrap your brain around after Weird Al,” he admitted. “I guess the Hawaiian shirt is the common denominator.”

Stephen Jay, meanwhile, played some slap bass-driven funk songs and some tunes based around a resonator bass with guitar strings that he called Eva. Jay and West, “ancient musical bros” who met in the 70s before they even started playing with Weird Al, joined each other to jam on a few soulful tunes that sounded like they dated back to around that time.

All in all, very impressive. And very self-indulgent.