Best Toronto music of the week: The Cosmic Range, Triples

Plus: complementary live videos from Westelaken and Slurry and a new #NOWplaying playlist featuring Drake and Meek Mill, Keys N Krates and more 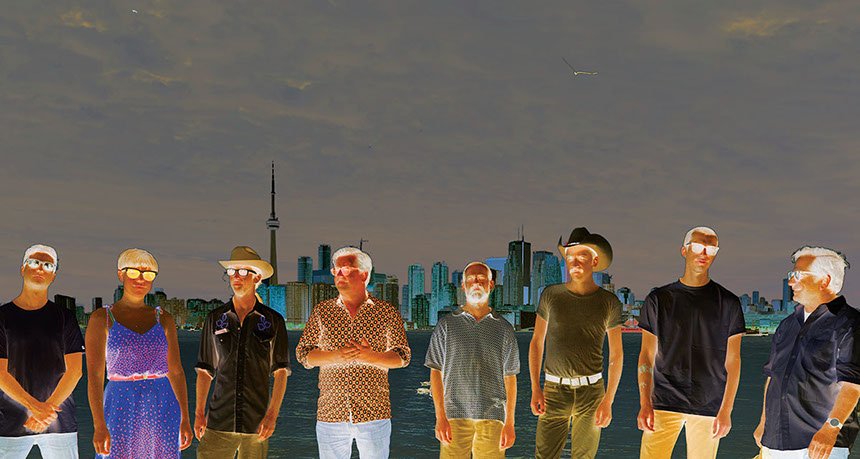 The Cosmic Range: The Gratitude Principle

Toronto’s premiere jazz-psych ensemble is back in business after supporting Meg Remy earlier this year on U.S. Girls’ In A Poem Unlimited. Today they share the title track of their next album, The Gratitude Principle, due out February 9. The song is a seven-minute instrumental odyssey set to a relaxed swinging beat and bass groove. It drips with warm keys, hazy fretwork and a stunning sax performance from Andy Haas. This is a gift.

After first catching our attention last year with Play It Again and the eventual EP named for the song, pop-rock duo Triples are back with brand new material. Hillslide offers more of Triples’ signature hooky sensibilities in a lean two and a half minutes. Though their sound might recall early-90s indie rock, there’s no sign of a slacker mentality anywhere in their tightly-wound jangle-pop. The charming self-directed video features the smartly-dressed sisters Eva and Madeline Link performing and dancing to the song. Their hair stays seemingly suspended in the air, getting more windblown and bouncing as they move to the song in psychedelic collage that reflects the song’s sunny, lighthearted feel.

Partners in crime Slurry and Westelaken offer two complimentary videos directed by Ryan Hage. Shot live this past summer while the bands were on tour, “the videos to give an impression of what it felt like to leave the city for a few days in late August to spend some time with these people,” Hage wrote in the treatments. Though the two bands diverge stylistically, the videos suggest there’s more than enough common ground.

The Slurry video features live photography of a sweaty, sun-dappled performance of three songs: Flip Flaw, Panic and Stop, Listen, interspersed with footage of the band on the road. The intimate style frames their dynamic post-punk to suggest the band’s chaotic energy is like the natural freneticism that occurs when you a group of friends gets together.

Westelaken might have all gotten sick on that tour but they don’t sound any worse for wear in their own TBA video. Vocalist and guitarist Jordan Seccareccia’s weathered vocals only add to the band’s earthy roots rock. Declare Yourself The Moon opens Westelaken’s set with a relaxed feel, only to have the band dial it back up for White Lichen, a song that turns their barroom contemplativeness into a brawl.

As the cold weather begins to set in, this week’s #NOWplaying playlist focuses on material with a warm and sunny disposition, starting with the analog hum of The Cosmic Range to the fuzzy feelings we get from hearing Drake and Meek Mill patch things up. Listen below and subscribe here for a new one every Friday.