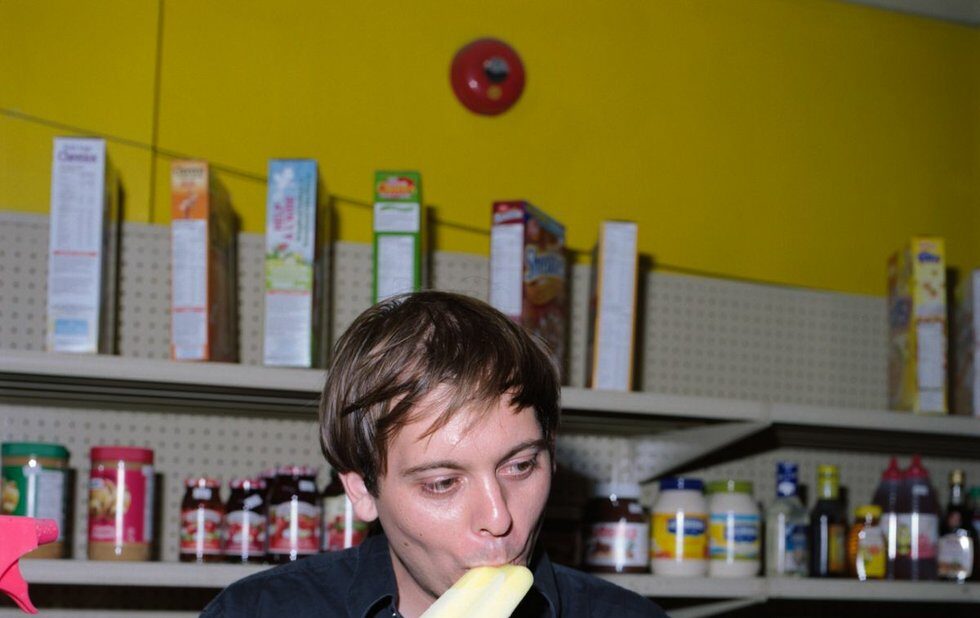 You might know Kyle Knapp from the recent series of weekend concerts he co-ordinated and curated for the Parkdale Library.

Or you might know him as the guy who runs an ad hoc recording studio and performance space out of his apartment, a spot that’s come to be known as Somewhere Else. On late nights, if you’re walking down Bloor between Dufferin and Lansdowne you can probably hear the echoes ringing out from the laneways.

Knapp’s own band, Deliluh, is at the centre of a loose-knit crew of artists and pals who hang out there and collaborate. It’s wide-ranging in its weirdness: caustic punk bands like Soap and the Protruders, joke-folk duo Clamaglamza and jazz nihilists Retired, to name just a few. Knapp’s recorded all these bands, and a bunch of others, on his 8-track reel-to-reel. You can hear the machine’s warmth and saturation used to great effect on recent recordings by Surinam and Mazola.

Deliluh are like the neighbourhood house band, building a network of econo-jammers at a moment where demographics in the area seem to be shifting in strange and somewhat predictable ways. The Holy Oak’s disappearance casts a cloud after an astronomical rent increase, though there are other sweet spots around: Home Bakery and Café, Dupe Shop and the Burdock, to name a few.

The new video for Deliluh’s Creeping Tom is premiering exclusively below. Directed by Andrew Matthews of Whimm (whom Knapp often joins on sax at shows), it’s a self-aware slacker meditation on Knapp’s geographical and creative trajectories. Beached on the shore of Toronto Island, a forlorn proto-Kyle makes its way across the lake into the city, moving through crowds and concrete with the slouching tenacity of a penguin returning to its colony. Eventually, he arrives as a fully formed Kyle, the rumpled night mayor of Blansdowne, dreaming weirdo dreams (featuring animations by Joe Chamandy) in the sanctuary of his inner chambers.

It’s fun to plot a path across the city through the lens of Matthews’s somewhat grimy-looking visuals, which pair perfectly with Deliluh’s plodding guitars and mumbly ruminations. The way we home in on Somewhere Else throughout the video feels amusingly reminiscent of the Beach Boys’ Busy Doin’ Nothin’, in which Brian Wilson provides detailed driving directions to his own house in the song lyrics.

Creeping Tom is just one of several standout jams on Day Catcher, an underachiever’s paean to modest resolve in bleak times. In a couple of weeks, the band will release another batch of recordings, this time compiled as a cassette called Linger In The Afterlight.

While Deliluh recordings are often put together by Knapp alone in a piecemeal process, the performing version of the band has a shifting roster of musicians with strong personalities, giving a forceful and determined shape to the songs in a live setting. The current band consists of Knapp on guitar and vocals, Julius Pedersen on guitars/electronics, Adam Hanrahan on bass and Erika Wharton-Shukster on drums and violin, though shows often feature additional musicians as well.

Daycatcher is available in record stores around town or directly from the band. Linger In The Afterlight gets released at Owls Club on December 2, with Dorothea Paas (whose band I play in) and The Brain. Deliluh are also heading on the road with Whimm for a few Ontario dates, and several projects are on the go at Somewhere Else (more of which you can read about here).