THE BICYCLES The Good The Bad And The Cuddly (Fuzzy Logic) Rating: NNN

It took just five seconds for lead track B-B-Bicycles to induce a rhythmic swoon and propel me into a dance-off (I won!) in my living room. The Toronto-based five-piece has churned out a sparkling, starry-eyed jewel of infectious pop, for sure. Australia’s catchy pulse, yearning strings and resounding handclaps are gorgeously temperamental. Please Don’t Go is a glimmering ode to 50s girl group enchantment. And Gotta Get Out is one of many lilting romps through the catchy Love Me Do chords of 60s boy bands. Tambourines, horns, and handclaps abound. Gentleman Reg and Mike Olsen (Hidden Cameras), among others, appear. Two years in the making, The Good The Bad And The Cuddly is a dreamy, winsome affair, heaped with nostalgia andsweetness. A little too saccharine, though.

No one feels ho-hum about Bright Eyes. You’re either in love with his pain or you want to tell him to shut the fuck up. But you can’t dispute his recent overwhelming success the little impassioned songwriter from Omaha went from recording songs in his basement to appearing on Letterman and sharing the stage with Springsteen. Noise Floor is a collection of selected rarities, B-sides, one-offs, covers and collaborations that traces Bright Eyes’s musical journey. It may not be the best introduction to the band, but it’s a must-have for hardcore fans of Conor Oberst’s vocal discordance and stripped-down musical tantrums. It’s not without its faults  the first track is a soundscape suggestive of that time your cellphone called your voicemail by accident while you were at a bar, but songs like I Will Be Grateful For This Day, an organ-heavy, hard-edged track layered over happy beats, make up for it, as does his cover of Daniel Johnston’s Devil Town.

With each record, Chicago crew Califone get more skilled at putting together their inimitable brand of post-apocalyptic Americana, a moonshine distillation of creaky blues, experimental jazz fragments, winsome folk and unpredictable scavenged sounds and field recordings. Roots & Crowns is a high-water mark, a honed but not too polished achievement of flayed loops, uneasy percussion, wheezy strings and delicate instrumentation carrying Tim Rutili’s intense, washed-out vocals, which combine sudden confessions (I’ve lost my language) with abstract rural industrial wasteland metaphors. The effect is dreamy, meandering and incredibly visceral. Even at its most pieced-together and deconstructed, Califone’s music feels organic. Rutili even manages to turn a Psychic TV cover (The Orchids) into shattered harmonica folk-pop.

By now, most people should be familiar with Flemish Eye, the Calgary-based label that released Chad VanGaalen’s last two discs. While VanGaalen put the label (and Calgary) on the indie rock map, it’s their other act, the Cape May, that’ll bring Cowtown lasting recognition. The Steve Albini-produced Glass Mountain Roads, a haunting, brooding affair made even darker by singer Clinton St. John’s calm vocals, is hard to get into at first. Opener Spring Flight To The Land Of Fire starts off slowly without much hoopla, but a few songs in you’ll wish everyone were this reserved. Despite the darkness, the disc is surprisingly catchy, which is why the Cape May could be not just Calgary’s next big thing, but Canada’s as well. 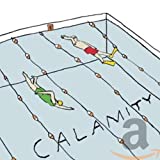 This side-project-turned-full-time-focus for former Deerhoof guitarist Chris Cohen feels a bit like knock-off Joan Miro paintings  brightly coloured, surrealist suggestions of figures in motion and emotional truths that fail to add up to a fleshed-out whole. Cohen does nearly everything here, eking out frail, simplistically dissonant guitar riffs, keyboard bits and beats around shaky vocals that murmur anxious, repetitive mantras about tornados, invisible string and spinning tops. Clearly, the dude has inner neuroses to work out. Unfortunately, unlike Deerhoof’s complex sonic and logical experiments, the Curtains’ material feels too spare, too underdeveloped, less like well-honed songs than fledgling ideas that’d benefit from the input of additional bandmates. 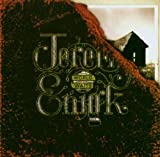 The ever-prolific Jeremy Enigk, once the brains behind proggy emo kings Sunny Day Real Estate and the currently inactive Fire Theft, offers his first solo album in 10 years. It’s a follow-up to one of the most underrated albums of the 90s, Return Of The Frog Queen, which sublimely hashed together bombastic orchestrations and dramatic intimacy. While World Waits isn’t lacklustre in any way, fans of Frog Queen may be disappointed. Almost completely gone are the lush arrangements, replaced by a noticeably more direct post-alternative approach that echoes Enigk’s work with the Fire Theft. Aside from tracks like Been Here Before and River To Sea, World Waits has few grandiose moments, but it is consistent. Consider this a transitional moment. 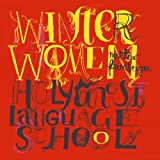 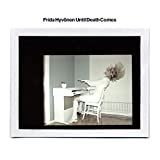 Even if they hadn’t toured together, I’d want to set Frida Hyvönen and Jens Lekman up on a date. They’re musical soulmates  Swedish singer/songwriters with a penchant for unexpected moody chord changes, unflinchingly honest personal confessions and writerly details so particular, you feel wholly swept up in the moments pinned down in each of their songs. Hyvönen’s romances are mapped out in hard cocks against teen-girl thighs, crispy grass in winter and the anorectic’s ascetic desire to be a straight thin line, delivered with an air of detachment. There’s something very engaging about the way her not-quite-pretty vocals and graphic imagery play off the warm arrangements and alternately dissonant and hooky melodies, particularly on the fantastic Ronettes-style jangle of Come Another Night. 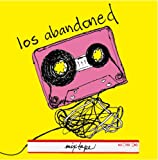 If some Hollywood hack decides to rethink Fast Times At Ridgemont High, I’d suggest Los Abandoned for the prom scene. Or perhaps the score to a shopping mall montage. Either way, this sounds like suburban L.A. 20 years ago. It’s like the Bangles or Go-Gos, but more Hispanic and with terrible production. Singer Lady P. switches between English and Spanish, with a hook on Van Nuys (Es Very Nice) that’s as gold as Crash by the Primitives, over Dulce’s tinny electronic drums (not electro beats  electric drum pads!). Guitarist Don Verde’s album closer, State Of Affairs, is a dead-on Smiths tribute that highlights the heavy connection members of this scene feel with Morrissey. 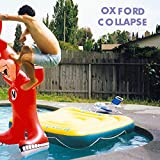 Recent studies show that every three minutes a tousle-haired group of privileged white, male Brooklyn transplants releases a lo-fi indie record to the world. This time it’s different, says Sub Pop. This is going to make even the most jaded hipster dance in the street! Whatever. Let’s be straight here. The Oxford Collapse trio offer unthreatening guitar noodling, geeky, self-conscious lyrics and some alt 90s-sounding vox in the Built to Spill/Modest Mouse vein. This disc won’t change your life but makes for a pleasant 40-minute listen. Plus, it has a sort of endearing naïveté that’s underlined by a collage of summertime lake fun action photos in the sleeve. Using a recorder (Molasses), however, is way over the juvenilia top. 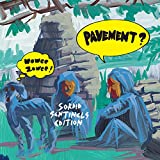 The threat of indie rock stardom following the success of Crooked Rain sent the fame-fearing Pavement crew scurrying for the slacker safety of Memphis, where they went to work fucking with the Cut Your Hair formula. Wowee Zowee was their self-consciously arty attempt to try something a little more experimental, and 11 years after the original release, it doesn’t sound any less like a sloppy prank pulled solely for self-amusement. The greatly expanded double-disc Sordid Sentinels version attempts to improve on Pavement’s worst-ever album with a slew of bonus tracks, but the addition of singles tracks and outtakes that didn’t make the Wowee Zowee cut is a matter of quantity rather than quality. Diehard fans might find the radio broadcast sessions from the UK and Australia of interest. 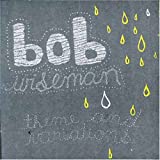 This is Wiseman’s second album for non-label Blocks Recording Club, and this time he brings in a much larger cast of musicians, including Mary Margaret O’Hara, Sarah Harmer, Don Kerr and Julie Penner, among many others. While there may have been more hands making the final product than on his last outing, this album seems like it could be his most personal and intimate yet, eschewing the politically charged themes and playful, sardonic romps of past outings this time it’s all heartbreak songs all the time. An exercise in variations on a theme, it’s a focused and centred album, reining in some of the scatterbrained quality that long-time Wiseman fans have grown accustomed to. He’ll still probably never end up on pop radio, but he’s one of the rare masters of that delicate turn of phrase that changes what started out sounding like a joke into a truly moving moment. 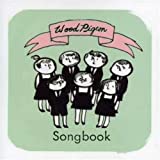 Like Calgary’s answer to Sufjan Stevens and his travelling symphonic circus, prairie collective Woodpigeon have a penchant for long-winded song titles (Home As A Romanticized Concept Where Everyone Loves You Always And Forever) and jingly, ramshackle chamber-folk concoctions driven by banjo, glockenspiel, a sprawling choir and quivering male vocals. Though there are sonic similarities, the writing on Songbook suggests repressed longing and romantic fantasies rather than Stevens’s hyper-detailed short story narratives, but Mark Hamilton’s delightfully whimsical metaphors and imagery (a love song about ninjas! Superheroes sacrificing good deeds for love!) work perfectly in tandem with Woodpigeon’s shimmery songs. And though the music works well in watercolour shades, when the loose-knit ensemble puts some muscle into rocking out, as on the driving Jonathan Ashworth Rollercoaster, they make a strong case for why Woodpigeon might be the next great Canadian breakout band.