Double Double Land is no more 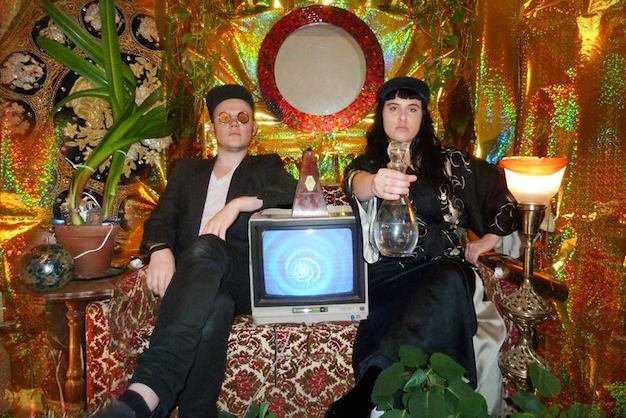 I dont know where people are going to play now

“I don’t know where people are going to play now,” says Julie Reich of Bile Sister, who played the final show at Double Double Land. “This was one of the only places in the city that was made by artists, for other artists.”

Double Double Land has closed. Late yesterday afternoon (June 20), the venue’s organizers took to Facebook to announce that that night’s show with Mary Ocher, Lief Hall, Bile Sister and the Canadian Romantic would be the final event in the space after nine years of operation in Kensington Market.

As a multi-purpose hub for music, performance and all things underground, fuelled by nothing more than the motivation and resources of its organizers and community, Double Double Land occupied a completely unique and incomparable role in Toronto’s cultural landscape. But it was built on a model that is immediately familiar to anyone who’s spent time in an arts scene: a large-sized residential space whose living room is transformed into a gathering and performance space, staffed and subsidized by live-in tenants whose lives are inextricably tethered to the rhythms of the city’s nocturnal outsiders.

Double Double Land was founded by Daniel Vila and Jon McCurley in 2009 when they moved into a large flat in Kensington Market and renovated it into a welcoming public space. The list of seminal performances that took place there is outrageously long (long-time attendees are quick to reminisce about magical nights featuring Eileen Myles, Zacht Automaat, Ian Svenonius, Le1f, The Space Lady, Dieter Moebius and the legendary performance art series Doored). As is the list of tenants/collaborators who lived in the space with Vila and McCurley and ensured that the space never stopped churning with activity.

Double Double Land also set important examples for other ad hoc DIY venues, pushing for inclusive practices and taking lengthy measures to ensure a safe, welcoming experience for all attendees. After an assault in 2015, organizers installed “panic buttons” in its bathrooms and unveiled a comprehensive, holistic safe space policy that held Double Double Land to a higher standard than most of the city’s larger, better-resourced venues.

At the final Double Double Land show, no one from the space wanted to go on record about the string of complications that led to the abrupt announcement. It’s easy to do some back-of-the-napkin math, however: as the city’s unrelentingly volatile real estate market churns, its disruptive effects on local culture continue to multiply. There is no space in the city that can operate free of financial and municipal scrutiny forever, especially once the properties around it tumble into the latest wave of development and gentrification.

The paradox is that for a venue like Double Double Land to transition into a fully licensed and insured establishment, it would have to abandon its current mandate and operational practices. There’s a reason why any city needs venues like this: they offer programming and events that are simply too risky and unprofitable for any business-minded venue to take on.

At last night’s show, the room was full from the start, with many regulars coming by to hang out and give thanks one last time. Bile Sister’s Julie Reich, who has performed at Double Double Land dozens of times over the years, was feeling overwhelmed by the moment. “I don’t know where people are going to play now,” she lamented, “this was one of the only places in the city that was made by artists, for other artists.”

Reich reminisces about how many events would not have happened at all were it not for Double Double Land’s by-any-means-necessary, with-whatever-means-available approach. “They’ve been so selfless, constantly having shows where they live, letting travelling bands sleep on the couch. They did so much, and they were just basically programming things that they like and that they thought other people would like.”

Although headliner Mary Ocher came from Berlin, she was also intimately familiar with the space, having performed there on previous visits to Toronto. Expressing her remorse in front of an appreciative crowd, she played a delicate set of strange minimalist drone and anti-folk that transformed and transfixed the room one final time.

Afterward, people were slow to leave, taking a last look at the wacky bathroom murals and stopping to chat with a tired but appreciative Vila, who was hanging out near the front door. Upstairs, the last few patrons trickled out slowly, while co-organizer and co-tenant Alex Lawrence played J Dilla’s Bye over the PA.