NOW MagazineMusicDrake escaped his Pusha T beef the only way he could: a Degrassi reunion

Drake escaped his Pusha T beef the only way he could: a Degrassi reunion

With his I'm Upset video, Drake has definitively brought things back to his wheelhouse: fun, nostalgic fan service 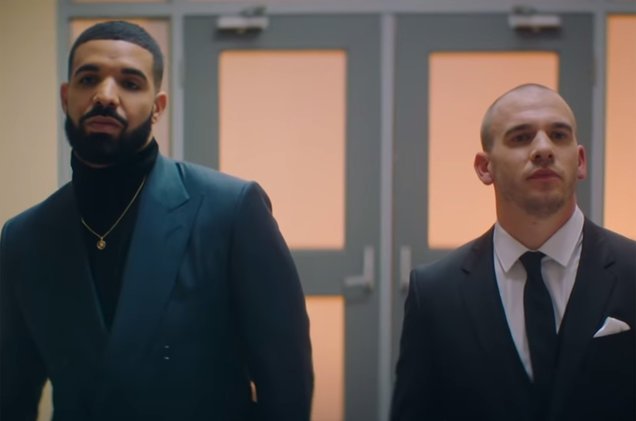 For Drake, everything was all bad just a week ago. The chart-topping MC had released Duppy Freestyle – an easy, breezy, colourful response to Pusha T – but Pusha fired back with a seemingly humiliating series of accusations and teases that would have left even a hardened Sally Jessy Raphael audience agog.

The public was ready for more, slavering for further juicy tidbits. Would Drizzy respond by revealing that Pusha T stole mail? Would Pusha T release a graphic novel mocking his rival’s father?

The answer: none of the above. Apparently, rap heavyweight J Prince put in a “G call” (picture me saying G call, it ain’t pretty) to Drake asking the Toronto hip-hop Sith Lord (6ixth Lord?) not to respond. And not respond he did. Instead, he took a cue from Rowdy Roddy Piper: when Pusha T thought he had the answer, Drake changed the question. And the new answer was “Snake from Degrassi buying weed from Jay & Silent Bob.”

History will show (unless things change, which they probably will) that the great rap time-waster of 2018 did not end with the Rap-A-Lot founder’s mediating phone call – it ended in the Degrassi reunion I’m Upset video, when a bunch of Drake’s friends chased down Rick, the mean teen responsible for shooting Drake’s alter ego, Jimmy.

This salty, chewy, almost jerky-like rap beef ended when Mr. OVO drew a line in the sand and made it known that he was more interested in pleasing fans who followed him since his days of youthful teachable moments than in sniping back and forth in what could only be an increasingly embarrassing feud. After all, we know what happened to Ja Rule. Actually, many do not – and that’s my point. If you’re a pop artist, there’s no point in responding to criticism or rivalry. Just provide fun for the masses. There will always be exceptions – MC Hammer putting out a hit on MC Serch after 3rd Bass’s Pop Goes The Weasel disparaged him – but those are exceptions. Generally, the best response is no response.

Unless Pusha T can respond with something even more damning of Drake, the conversation has changed. Fun and Degrassi fandom have won over negativity.