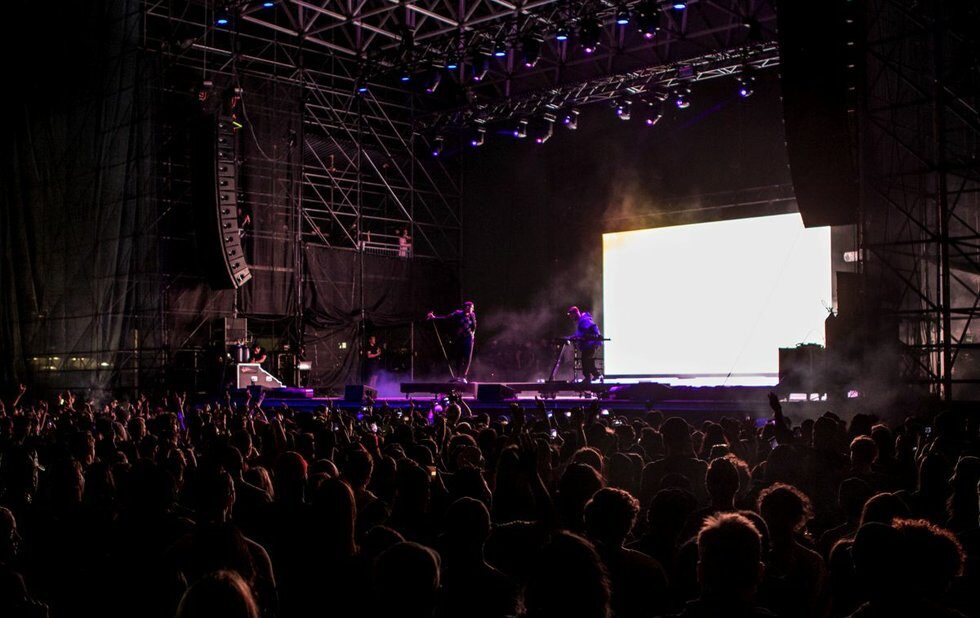 Echo Beach’s 2018 concert season has started off on a loud note, much to the annoyance of some west-end residents. Over the past week, while thousands of adoring music fans were singing along to rapper Post Malone and R&B singer Khalid at the lakefront venue, social media lit up with questions and complaints around noise that could be heard from Roncesvalles to Spadina.

“Even with the windows shut, I could hear it,” says Megan Ing, who lives near Trinity Bellwoods Park. “I could hear the bass, I could hear people cheering, which I was grateful for because it meant it was the very end. I’ve heard it previous years but not like this.”

Noise concerns started with Sunday, May 27’s Post Malone date. City councillor Mike Layton says he first became aware of the noise while outside at Bloor and Ossington, which is over four kilometres away from the concert site. Layton, whose Trinity-Spadina ward includes Echo Beach, complained to the venue’s landlord, Ontario Place, and was contacted the next day by Live Nation, the concert promoter behind the recent shows.

“It was a great conversation and the next night, we didn’t get any complaints,” says Layton.

Unfortunately, Khalid’s May 30 concert brought a fresh wave of grumbles, though residents, including Ing, noted that the American artist’s second date, on May 31, seemed quieter. His office did receive a couple of complaints.

Exactly why some recent Echo Beach shows sound so loud is unclear. “Echo Beach has functioned without a complaint to my office for two years,” says Layton. Based on his conversations with Live Nation, he says speaker directionality may be a factor.

NOW reached out to Live Nation and has not yet received a response.

Following the May 31 Khalid concert, Layton noted on Twitter that he had again spoken with Live Nation and that “apparently they were within their dba limits but bass may have been the main culprit.” This morning he posted that “we’ve requested city noise monitoring going forward and given all locations of complaints.”

While the volume has caused some to complain, others feel that that’s life in a big city. “It’s a small trade-off for living in such a diverse and vibrant neighbourhood so close to the lake,” says Lynn Flatley, who could hear the recent concerts at her home near Argyle and Ossington. For her, the loudest part of the shows was Khalid’s fans. “[I’ve] never heard cheering and singing at such a volume.”

Layton says that while it’s important for Echo Beach to respect its residential neighbours, “we need to be a little understanding that sometimes the wind is going to carry the noise in a way that we didn’t anticipate.”

Layton says residents can log noise complaints with the city’s 311 service. They can also contact Ontario Place. “They are subject to the city’s noise by-laws,” he says. “As a landlord, they need to be a good neighbour and they need to hold their tenants to that standard.”

Echo Beach’s next concert is set for June 20, when British rockers alt-J take to a potentially quieter stage.