Listen to a sprawling playlist of our favourite local tunes from the past year, from rising hip-hop and R&B stars to face-melting punk and metal 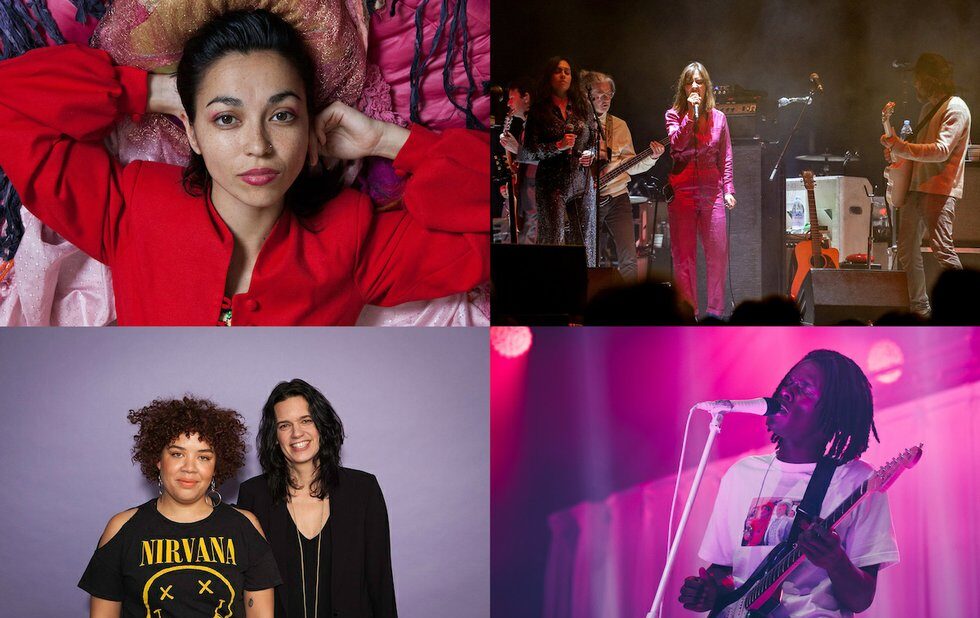 It was such a strong year for local music that distilling our picks down to the 10 best Toronto albums of 2017 felt like a Herculean task. Yes, all our critics could agree on a few consensus picks, like Daniel Caesar, whose debut album Freudian made him the unparalleled breakout star of the year. But NOW’s music writers have diverse tastes, and the huge wealth of music they chose feels like it should find a home beyond our spreadsheet.

From the re-emergence of local legends like Broken Social Scene and Jackie Shane to face-melting rock and punk like METZ and Biblical to homegrown hip-hop and R&B future stars like Sean Leon, Roy Woods and A l l i e, Toronto artists delivered some huge tracks this year. Some, like The Weather Station, are on our other lists, others, like Maylee Todd, Austra and Drake, barely missed the cut, and some come from musicians who put out EPs, mixtape, loosies or singles from upcoming albums that don’t quite fit on a best albums list but nevertheless should fit on your headphones.

So, to showcase the huge wealth of great music coming out of these six boroughs and to give you six and a half hours of fresh tunes to take you through to 2018, we put together a giant playlist below representing our favourite – the 101 best Toronto songs of 2017.

There’s no real order beyond flow and the only guideline is that each musician could only have one song on the list (with a couple of exceptions, which you might be able to find). So feel free to hit play anywhere, or put it on shuffle and see what gems you dig up. And follow NOW on Spotify for more fresh Toronto music in 2018.