NOW MagazineMusicFeaturesA concertgoer’s lament: should I stand or should I go?

A concertgoer’s lament: should I stand or should I go?

With more and more high-energy acts getting booked at seated venues, what exactly are the rules around standing up at shows? 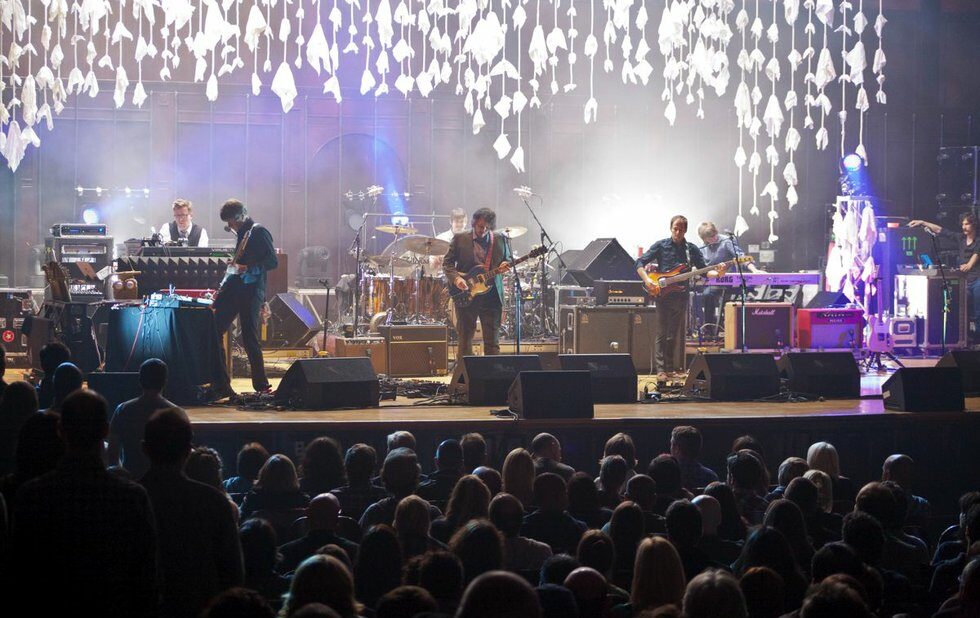 How can you sit down while Joan Jett plays I Love Rock ’n’ Roll? Didn’t you notice that this Chic song is called Everybody Dance? Did you mistake this Jesus & Mary Chain concert for Sigur Rós? Isn’t rock ’n’ roll about freedom, abandon, anarchy?

This is what goes through my head at shows these days, when I feel daggers at my back from people seated behind me while I stand, dance and air-guitar my way to happiness. Well, that and the creeping worry that I’m acting like a selfish boor in a space designed for collective joy.

Classical music concerts have long-standing rules of etiquette, from when to be seated to how to unwrap a candy. Punk and metal mosh pits have their own unspoken codes of conduct. But what rule should I point to the next time I’m not so politely told to sit the F down at a rock show?

Of course at general admission venues, you can freely relocate away from those blocking your view, as well as the gropers, the tokers, the non-stop talkers, the selfie-obsessed or anyone else impeding your satisfaction. But that’s not where as many gigs are happening anymore.

Toronto is seeing more and more high-energy rock, pop and dance acts get booked into soft-seat venues traditionally reserved for more sedate events. Specifically, Massey Hall has been programming to get more young butts in seats, and sets by Peaches (who played there in mid-2016) and Japandroids (who play on October 24) are hardly for sitting.

Before I sheepishly sit down one more time so as not to start a fight, I want find out who is in the right.

Samantha Berger, senior manager of patron services at the Sony Centre for the Performing Arts, says standing at that venue is absolutely allowed.

“There’s no policy against standing. We want everyone to have a great time. As long as you’re safe and not in the aisles, then we really allow you to stand up, dance, enjoy yourself.”

She points to shows by Nick Cave & the Bad Seeds in 2014 and Iggy Pop in 2016 as examples where most of the floor patrons rushed the stage without incident.

Even if you’re alone and not rushing the stage, you can still stand. And if an argument breaks out?

“We have almost 3,200 seats in our venue and I might get one complaint of someone standing up in front of someone,” she says.

“But if you find yourself in this situation, go to the theatre attendants. They are trained to deal with it. One thing we do react swiftly to is anyone with accessibility issues who might need to be moved so they can enjoy the show.”

Massey Hall, meanwhile, has no official blanket policy on standing at shows, and treats each situation on a “case-by-case basis at the instructions or discretion of the client,” a spokesperson tells me.

Lisa Orr, a local etiquette expert, says those of us who attend rock shows to actually rock out shouldn’t feel bad.

“You’re not being a jerk,” she assures me. “You paid for your ticket. If someone likes to sit, they might want to select a balcony seat or a front seat within a tier. It’s your responsibility to manage your need to sit during a concert.”

That said, standing doesn’t give you licence to be oblivious to others.

“Stay in the space you’re in,” says Orr. “Flailing around or spilling drinks on adjacent seats is not acceptable. And if you’re very, very tall, maybe don’t wear a big hat.”