With their new album Lioness, the Toronto band has outlined a specific mental health mission, building healing through community 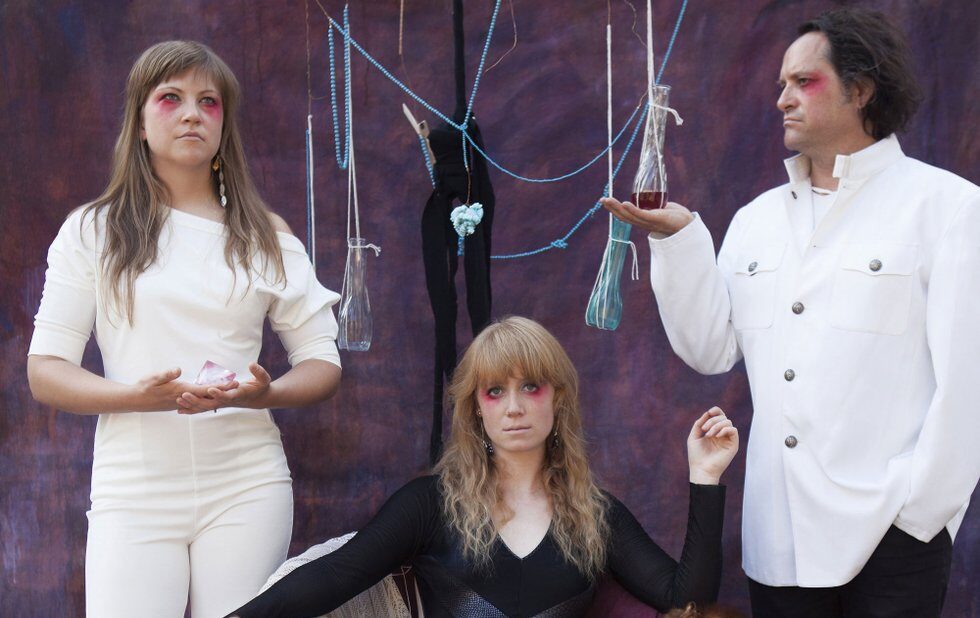 In tarot, the ace of wands is a card that heralds inspiration, growth and new beginnings. It’s the first card Lee Rose, frontperson for Toronto indie rock trio Ace of Wands, pulled from a tarot deck that was gifted to her.

“I didn’t open the deck for a couple years,” she says. “When I was hit with a massive depressive episode, I was really looking for something outside of myself to act as a guide.”

Pulling the ace of wands felt auspicious, and it’s guided all of her musical output since.

Tarot, for Rose, isn’t necessarily a fortune-telling endeavour. “What the cards do for me is prompt questions within myself,” she says.

Rose and her bandmates – guitarist Anna Mernieks (who also plays in Beams) and drummer Jody Brumell (who Rose met playing with Lowest of the Low’s Ron Hawkins) – have only been active since 2017, but their just-released debut album, Lioness, is comprehensive and bold, from its varied, tasteful indie rock sound to its full-hearted concept.

The lioness represents balance. “It’s this animal that’s so powerful, so confident and assured in her hunting ability, but also in her nurturing as a mother figure,” says Rose. “Those two [elements] exist together.”

The record builds on the optimistic ethic of last year’s singles, both of which came with meaningful physical totems: Grown From Good was released in the form of a download card with seeds embedded in it and accompanied by a jar of soil, while 10,000 Feet came with a toy wooden glider. Both re-imagined the treasured tactile experience of music, but with an eye for sustainability.

Rose explains that the seeds were intended to be an “actionable” component to the music that stimulates communal and environmental engagement from listeners. “They could go back and look at wherever they planted their card and say, ‘I contributed something to the environment,’” she explains. The gliders, meanwhile, aimed to spark the idea of “play” associated with music, getting people to interact with it actively rather than passively.

There’s another key facet of the band: they’re committed to mental health activism through their music.

Safety, Rose explains, includes physical safety: stable housing, access to food, resources for treatment and insulation from abusive and traumatic situations. It’s also “safety from your own self-harming instincts that kick in when you’re having a crisis.”

They aim to create that safety by often hosting shows in Brumell’s apartment with touring bands. It creates a space where “people can be themselves,” says Lee.

Identity is connected to the idea that every individual human has inherent value.

“A big part of what happens during a mental health crisis is your sense of who you are is shattered – not only your sense of self, but in the context of the people who are close to you.”

The final element, social relationships, is about “having your friends, family and people around you who support who you are.”

Rose stresses that clinical treatments of mental illness are crucial, but says that the majority of her healing has come from building a community around her, in part through Ace of Wands.

“When the approach to mental health treatment is only from a clinical angle, I think it takes away the social responsibility that we have for caring for people who are in a really vulnerable position.”