AGO is throwing its final First Thursdays party, but something new is on the way

Programmer Bojana Stancic talks about the series' legacy, the place music has in museums and why platforms should be shared 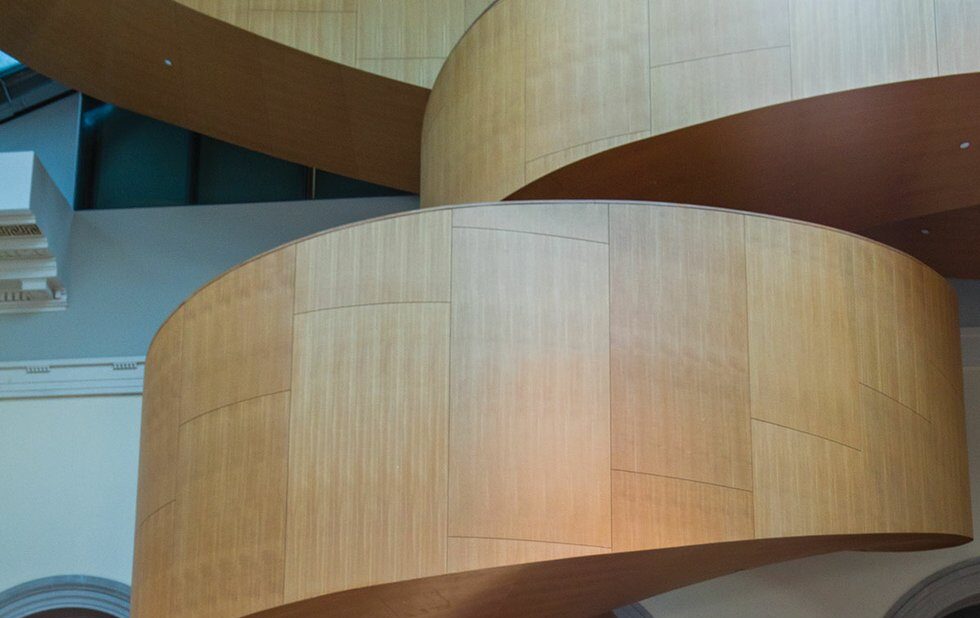 Over six years, the Art Gallery of Ontario has showcased over 800 performers and welcomed thousands through its doors for the monthly First Thursdays event. This week, the party bids farewell.

Dubbed “Toronto’s biggest art party,” the groundbreaking multidisciplinary event was a bridge between visual arts and music scenes. Alongside headlining performances from artists like Patti Smith, Tanya Tagaq and Julie Doiron (to name just a few), the event also showcased interactive installations and pop-up talks that often explored culture, race, sexuality, politics and identity. It showed that music has a place at art institutions and provided much-needed space for performances in a city facing an ongoing venue crisis. It’s also just a great place to party.

While many lament its ending, AGO’s staff are busy designing a yet-to-be-announced series that they believe will be just as relevant and exciting, while also staying committed to emerging voices and venue space for performers.

Toronto singer TiKA, who is playing the AGO First Thursdays “We Are Each Other’s Muses” finale edition alongside James Baley and TIAYL, hopes that philosophy remains a priority for whatever comes next. “They should continue to book Black, POC, queer, trans and disabled performers at the AGO, continue to elevate our community by booking acts that reflect what the community actually looks like.”

She also hopes that First Thursdays’ legacy remains intact. “Toronto has an annoying tendency of destroying and rebuilding buildings, venues and important cultural staples like nothing ever happened. It’s almost like the city has cultural amnesia. It’s important to preserve and maintain the culture.”

Bojana Stancic, First Thursdays programmer since 2015, agrees and believes it’s also the perfect time to imagine new possibilities. “It’s an exciting phase,” she says. “There’s a potential to think through what the experiences of the last six years have been, what we achieved and what we are transitioning into.”

Stancic spoke to NOW about First Thursdays’ milestones and how the AGO is moving forward.

It seems like First Thursdays did a lot to counter the idea that the AGO is a stodgy, institutional space. Do you feel the events were successful at drawing younger, more diverse audiences?

Over the last six years we programmed about 800 artists and had about 130,000 audience members. Definitely, with the way we approached programming, we were trying to diversify our audiences. It’s hard to tell who would have been there regardless and who came for specific artists. But I do think that the numbers and the quality of some of the artists has really served to diversify this intuitional space.

Who are some of the pivotal musicians you’ve booked over the years?

In terms of the musical main stage, two of the most incredible performances that I had the pleasure of programming were Mykki Blanco and Peaches. Lido Pimienta is the only artist who’s performed twice, once with Witch Prophet and 88 Days of Fortune and also her own headlining slot. It was before she was the Polaris prizewinner, so it feels like we had a finger on the pulse in some way.

What role should music have in museums like the AGO?

Music and performance in general have a very crucial role in visual culture. A lot of our artists take very multidisciplinary approaches, occupying time and space and navigating this multi-sensory space. We think a lot about audiences and how to bring them together in community spaces to congregate and dance and experience things, which is very important. New York museums have obviously been doing this for a while, but when First Thursdays started there was a need for the Canadian context, specifically on the scale that we were doing it. We paired music with performance arts and talks and hands-on activities to engage a broad audience. And we worked with guest curators in thinking about how to share and give space in this platform.

Can you highlight some examples of sharing and giving space?

[Our] February event is orchestrated with OCAD University and the curatorial class, a partnership we’ve had for the last few years. As much as we’re committed to next-generation emerging artists in the city, we also have been cultivating the next generation of curators.

We’ve been really trying to create a welcoming, engaging space and articulate ourselves as participating in the ecosystem of culture in Toronto.

There’s an art form to booking music in art spaces. What is that process?

For me it means that all of the arts – whether performers, DJs, speakers – are working toward a similar thematic narrative. There is a relationship between all these artists in terms of the questions they’re asking, the politics they’re enacting, in the communities they’re building, regardless of the genre they’re making. When you look at certain exhibitions, you think, how can you make it local and emerging and contemporary? What are the conversations that are happening through creative processes that are maybe not happening in the galleries themselves?

What do you hope First Thursdays’ legacy will be?

We hope to build new legacies. But we hope the legacy is one of experimentation. Commitment to local ecologies and landscapes. Risk-taking. Diversity. Reflecting the city. And trying to ask those critical, urgent questions that are relevant to our audiences.

What comes next? Is there a name for this new project or series?

We’re working on it. There’s this prevalent excitement around the building. I [can] just say, stay tuned.

How will it be different from First Thursdays?

We’re keeping it fresh. We’re committed to the after-hours game. It’s going to be different and new and exciting.