A decade after she appeared on the cover of NOW as a member of Crystal Castles, the electro-punk star opens up about going solo, #MeToo and growing up in Toronto 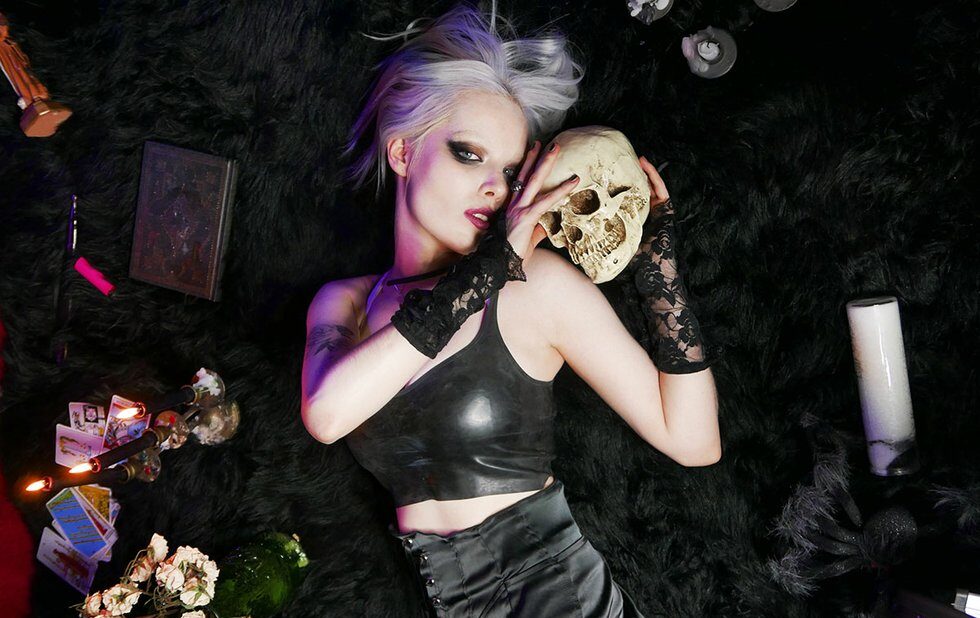 Back in 2008, Glass appeared on the cover as part of the Toronto electro-punk duo Crystal Castles. But only her bandmate, Ethan Kath, spoke. Glass was a no-show to the interview, and the article opened with the line “Alice Glass is missing.”

At the time, it was seen as posturing, another diva move by a performer whose shadowy disposition was as much a part of the group’s standoffish image as its aggressive live shows.

But Alice Glass wasn’t missing at all.

“I was just alone in a hotel room, staring at the ceiling, reading the same book over and over again,” she says over the phone from Los Angeles, where she now lives.

It wasn’t her choice to skip out on the interview.

“It was somewhat of a band rule that I should remain mysterious and talk as little as possible,” she explains. “Although it was a band rule I didn’t come up with or particularly like.”

A decade removed from that initial interview, the scenario has taken on a new light.

Last October, through a detailed statement on her website, she accused Kath (real name Claudio Palmieri) of years of systematic physical and emotional abuse beginning when she was 15 and continuing until she quit the band in 2014 at age 26. Kath didn’t just control her interviews, she wrote, but her eating habits, what she could wear and who she could talk to. Kath responded with a civil defamation suit in Los Angeles, claiming her “malicious lies” damaged his career. (His suit was dismissed in February. A hearing to challenge the dismissal is scheduled for May 16.)

It’s against this turbulent backdrop that the singer has come out as a solo artist. Her debut six-song EP, simply called Alice Glass, was released last August on Warner imprint Loma Vista. She is currently on the SnowBlood tour, which will bring her to the Mod Club as part of CMW – her first-ever solo headlining tour in her hometown.

It’s a new beginning for the singer, and so, 10 years after that original cover, it’s time to meet Alice Glass.

The real story begins with Catholic schoolgirl Margaret Osborn moving from Oakville to Toronto “pretty much when puberty kicked in.” She attended Deer Park Junior High just north of Rosedale and, in a typical 1990s GTA adolescent existence, listened to 102.1 The Edge, watched MuchMusic and bought Big Shiny Tunes on CD. Then she discovered riot grrrl.

“I started skipping school in ninth grade and going to record stores,” Glass recalls, singling out the now defunct Vortex Records at Yonge and Eglinton. “I passed their test of being able to name all the members of the Clash, so I could listen to records there.

“Then I’d go to Indigo and read all the NME magazines because they were too expensive to buy. And that’s how I discovered [indie label] Kill Rock Stars. There was an amazing plethora of female-fronted bands that were inspiring. I would dance around my bedroom trying to imitate [Bratmobile singer] Allison Wolfe’s voice.”

Before Margaret Osborn became Alice Glass, there was her first alter ego, Vicki Vale, teen runaway on the Queen West punk scene, getting her first taste of local underground music – and how heavily male-dominated spaces are not always safe.

“I was drawn to the scene because there were so many interesting women with crazy attitudes,” she recalls. “But a lot of the songs had misogynistic undertones. As teenage girls we definitely weren’t treated as equals. I have friends who were taken advantage of by older men.”

She made her own girl gangs. Rosa Mindreau of local punk band Maldita once shared a loft space with Glass. The two teens would party and hit up gigs together, sometimes linking arms in mosh pits to fend off hostile skinheads.

“[Alice] always had this eccentric attitude about her and she never conformed to what the scene dictated,” recalls Mindreau. “She liked different bands than the rest of us – more metal and experimental bands. She always had her own cool style, which I respected a lot.”

There was a short-lived all-female punk band called Fetus Fatale. (“I really wanted a band where everyone was equal. Like the Donnas,” explains Glass.) And an even shorter-lived grindcore duo called the Reason God Hates Children.

There was a guitar she never learned to master. “I wasn’t crazy ambitious. Just four-chord punk. But I love writing songs and that’s where it started.”

It was around this time, at age 15, she met Palmieri, then 10 years her senior and playing in the band Kill Cheerleader under the name Ethan Deth. As has been well documented, he invited her to sing on some electronic tracks he was making. She agreed, and chose the stage name Alice Glass. For the next eight years, they were Crystal Castles.

By the time Glass quit the band in October 2014, the group had released three records, all to critical fawning, many of them topping best-of-the-year lists. (Their first, 2008’s self-titled is on NME’s list of Top 50 Greatest Debuts.) They had played the biggest festivals in the world: Coachella, Reading, Big Day Out, Ultra. They had scored a radio hit with a cover of Platinum Blonde’s Not In Love – featuring guest Robert Smith of the Cure. They’d been given a John Peel Award for innovation.

Despite the duo’s purported anti-fame stance, Glass had emerged as a star, a hyper-active, dangerous live performer who made headlines for punching a fan in a mosh pit or jumping around onstage with broken bones. Teen girls cosplayed her on Tumblr. So when she tweeted that “for reasons both professional and personal” she was leaving the group, for many fans that was the end of Crystal Castles. (Kath has continued on under the name with a new singer, Edith Frances.) 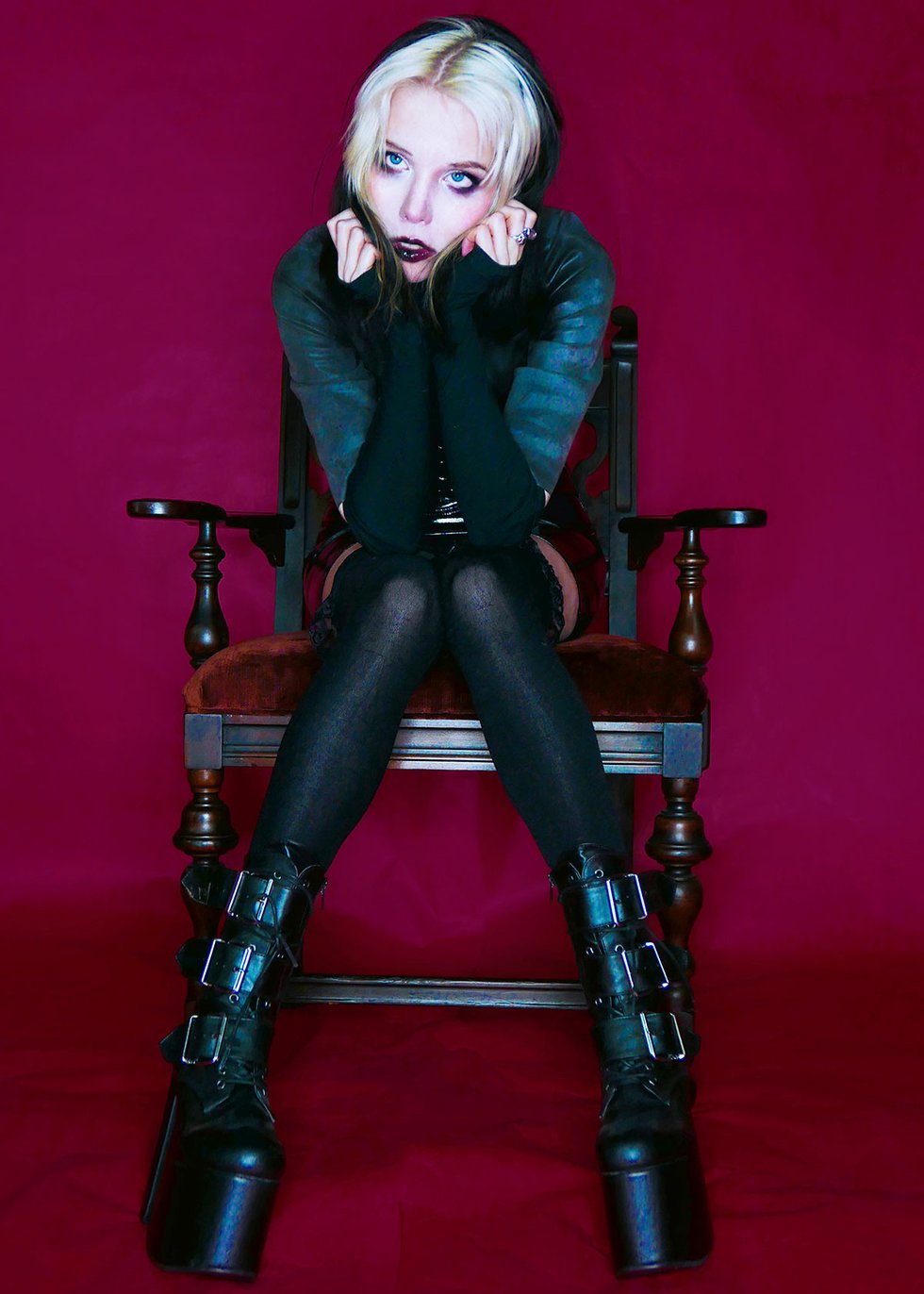 The first single by Alice Glass, solo artist, came in July 2015. Stillbirth doubles down on the style of aggressive electronic noise of Crystal Castles, with a blistering vocal performance by Glass, who strips her lyrics of any cloaking devices when she shrieks “Waiting for you to die” and “I want to start again.” For those at the back, she released a statement along with the single, which began, “Years ago I began the process of trying to remove myself from an abusive relationship that started when I was a teenager.” All proceeds from the song went to RAINN, an anti-sexual-violence organization.

The track was co-written and produced by Jupiter Keyes, formerly of noise rockers HEALTH. They met when the groups remixed each other’s songs, and the bands had toured together regularly. Glass and Keyes now live together in L.A., where they create music in his basement studio.

“When we first started making music I wasn’t even sure. I felt like I had to completely start from scratch,” Glass recalls. “There was a lack of confidence. I was burnt out.

“I remember starting with a list of band names. I hated all the band names. Every artist who releases under their own name is like a CEO of their own project, and I wanted that.”

The opening track and first single, Without Love, exhibits a more polished Glass – cleaner vocals, pop chorus, pretty piano melodies. It’s followed by the bouncy synth pop of Forgiveness. And then just when it feels like the EP is one giant exhale, there is Natural Selection – growling industrial noise with Glass shrieking “getthefuckoffofme!”

There were certainly enough clues in the EP’s lyrics that Glass still had a lot to say about her past in Crystal Castles. And two months later, on her website, she did.

“[Kath] held me over a staircase and threatened to throw me down it. He picked me up over his shoulders and threw me onto concrete. He took pictures of my bruises and posted them online,” went one particularly disturbing excerpt from Glass’s public indictment of Kath last year.

Although it was posted at the height of #MeToo, it’s something she had been working herself up to for years.

“I would keep going over it in my head. I have a nice life in Los Angeles. I have a good relationship now. But I was having intense nightmares. I decided I can’t just pretend it didn’t happen. But to think about talking about it and have people judge me, or not believe me, it was too much to deal with, on top of the trauma and stress disorder. I just wasn’t ready. And then having this incredibly powerful zeitgeist of women coming forward with their stories, making themselves vulnerable, it felt like time.”

The response was overwhelming. The statement made headlines all over the world. Glass received support from Rose McGowan. She was contacted by several Toronto women who wanted to share their own experiences with Kath. (“It was pretty shocking how similar a lot of our stories were.”) Last December, the Toronto police confirmed to the Daily Beast that the Sex Crimes unit was officially investigating him.

Today, when talking about the situation, Glass is forthcoming and speaks easily. She doesn’t avoid the subject, but she doesn’t use Kath’s name. She wants to look forward.

The next step is her first hometown solo show at CMW. Backed by Keyes on guitars and synths and drummer Jess Bowen, she’ll perform her solo material and also select Crystal Castles tracks. “I am still proud of all the work on those three records,” she says.

Glass has done more talking in the last six months than the previous 10 years, but her identity is still a work in progress. The opening lyric of her EP is “Am I worth it or am I worthless?”

When asked if she knows the answer yet, the singer offers, “Sometimes I do, sometimes I don’t.”

Glass’s story is still unfurling, but this time, she’s the one telling it.

Find all of NOW’s CMW 2018 picks, previews and interviews here.