“I don’t feel like I necessarily fall into the category of this Toronto sound that’s happening,” says the singer/songwriter. “It’s very male-dominated, it’s very hard, and I do want to be a softer counterpoint." 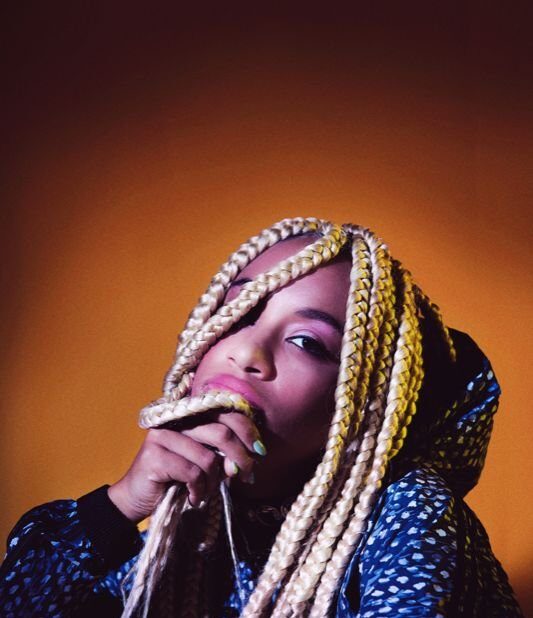 For Allie, music has always been a healing mechanism and a means to locating and uncovering her “deeper self,” she says over coffee in Kensington Market. That artistic approach permeates the rising Toronto R&B artist’s stunning debut album, Nightshade, out Friday (July 21).

After premiering her breakthrough single, the lush synth anthem I Can’t Wait, with Birthday Boy, and releasing her Moonlust EP in 2015, Allie made the initial soft deadline for her debut album a hard one. By then, she’d worked with several producers and had learned the idiosyncrasies of sound engineering.

“I learned how much more capable I was at crafting the sound I was going for, and I worked a lot on [Nightshade] alone,” she explains. “I felt more in control, like I was able to craft everything from the ground up in terms of how I wanted things to sound. I don’t think I’m capable of censoring myself when I’m writing because I write from a very intuitive place.”

The resulting 10-song debut album reflects an artist both firmly coming into her own and deeply exploring her identity.

“I was definitely thinking a lot about the divine feminine and about these goddess archetypes,” she muses. “I’m in touch with my masculine qualities but I really wanted to dive into the feminine, just as a personal exploration because I feel like it’s been so squashed down in me.”

From the album artwork – a goddess-like figure sporting a militant expression – to the sounds – gold-toned and full of slow-burning intention, Allie unpacks these ideas through lullabies of self-determination like Take Me There, which features Charlotte Day Wilson, and The Reminder, a declaration of independence built for thesafety of the dance floor.

In an era where the world seems hyper-focused on OVO certification as a means of establishing new Toronto artists, Allie is a reminder of our city’s strong canon of female R&B artists (think Deborah Cox and Jully Black) while also offering a counter-narrative to the current sound.

“I don’t feel like I necessarily fall into the category of this Toronto sound that’s happening,” she says. “It’s very male-dominated, it’s very hard, and I do want to be a softer counterpoint. I have a very different energy from that whole scene. It’s important for me to represent that, and for people to know that [something else] exists here.”

In the last year, several music critics have highlighted the structural barriers of Toronto’s musical landscape. Allie is tapped into those conversations, and she’s pragmatic about how viable the city is as a launchpad for new artists.

In the meantime, she’s happy to stick with grassroots movements that offer alternatives for artists.

“I think we’re mobilizing right now. There are some really cool movements happening in this city like BAREGYAL and there’s a lot of incredible strong, determined ladies who want to carve out a space for themselves.”