To launch his soulful new Earthtones album, the Toronto singer/songwriter is inviting all his fans onstage with him at Massey Hall, then throwing a skating party 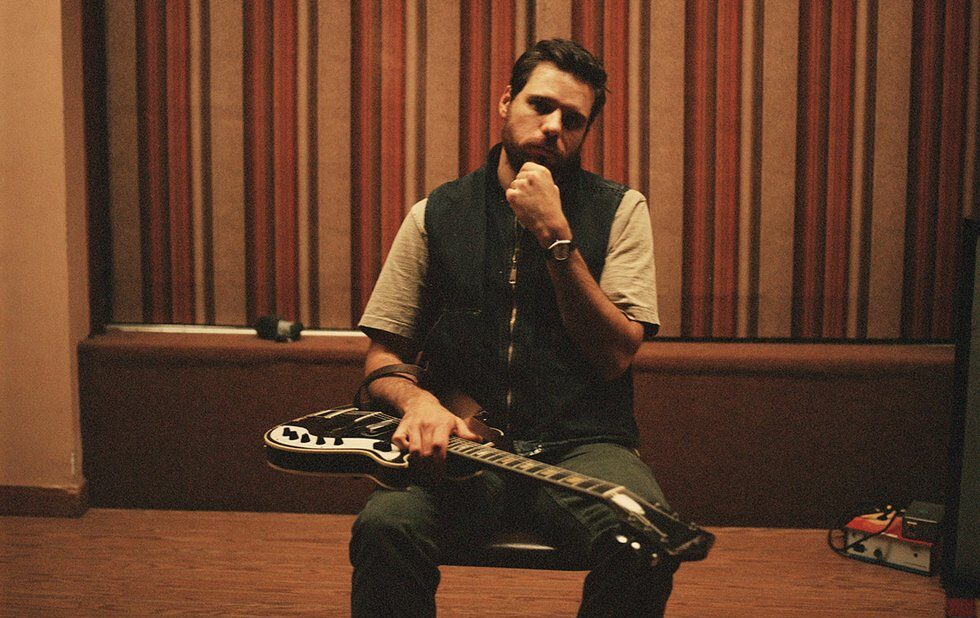 Bahamas’ Afie Jurvanen is celebrating the launch of his soulful fourth album, Earthtones, with two rather unusual hometown release parties this week: an intimate Massey Hall gig where the entire audience of 200 will be joining the band onstage, and a kid-friendly free skating party at Harbourfront Centre.

“We wanted to find a way to do something [special] around the release,” Jurvanen says. “I generally try to steer away from the novelty stuff, and for a second I thought, ‘What are we doing?’ Then, ‘Okay, I guess we have to go over the top with it.’ Why not do something different and fun and give people an opportunity to experience the new songs in a really different context?”

It’s not only Jurvanen’s approach to performance that’s changed. His approach to music has undergone an evolution, spurred on in part by parenthood. Since 2014’s double-Juno-winning Bahamas Is Afie, he and his wife, Naomi, have had two children.

“The big thing is realizing I have no time,” Jurvanen says. “[At first] I was frustrated because I thought I needed to sit in a room with my guitar for hours to come up with these great ideas. Then I had a breakthrough: I don’t need any of that. I don’t need an instrument. I just need my musical mind.

“That was liberating because now I feel like music is all around me – I just need to conjure it and it’s there.”

Earthtones’ sound – which Jurvanen describes as much more elemental than his previous albums – was also informed by his deepening obsession with modern music: in particular, hip-hop and R&B by convention-defying artists like Anderson .Paak, Kendrick Lamar and Kanye West.

“They seem to be able to do anything,” he says. “Slow songs and rap songs and dance songs. They don’t care about genre. They’re the punk rock of now, and I find it super-inspiring.”

Initial tracks for Earthtones were recorded in a three-day session in Los Angeles with drummer James Gadson and bassist Pino Palladino, the legendary team behind D’Angelo’s Black Messiah, who he sought out specifically because he was a fan of that album.

“I wanted to make a groovy and funky record and I never wanted to say the word ‘groovy’ or ‘funky’ to anyone,” he deadpans. “I wanted to go to the guys who already do that.”

Incredibly, Jurvanen – who built his career playing guitar for Feist, the Weather Station, Jason Collett and other musicians – frequently set aside his axe during the sessions.

“Before we started recording I just tried to make sure that the lyrics and melody were as direct and powerful as they could be,” Jurvanen says. “I didn’t even try to work out the chords to a track like Bad Boys Need Love Too in advance. I just kind of sang it out to the air and played a little beat on the drum kit and said, ‘Okay, let’s go for it.’

Jurvanen was so fired up from the L.A. sessions that he almost immediately took his band – which includes guitarist/lap steel player Christine Bougie and singer Felicity Williams – into a Prague studio mid-tour to continue recording. Impressively, their overdubs and additional tracks (some of which was also recorded in Toronto) blend seamlessly with the Gadson/Palladino sessions. The two bands will meet and play together when Bahamas hits Los Angeles.

“It was a really fun, fun process and, to my, ear it feels like it really comes through on the tracks.”

It only makes sense to celebrate with a pair of fun, fun release shows.