NOW MagazineMusicFeaturesBonjay and Too Attached on the limits of “diversity”

Bonjay and Too Attached on the limits of “diversity”

On their upcoming Diversity Tour, the two Canadian acts satirize the "inclusive" banner that often obscures pursuits against racism, homophobia and oppression 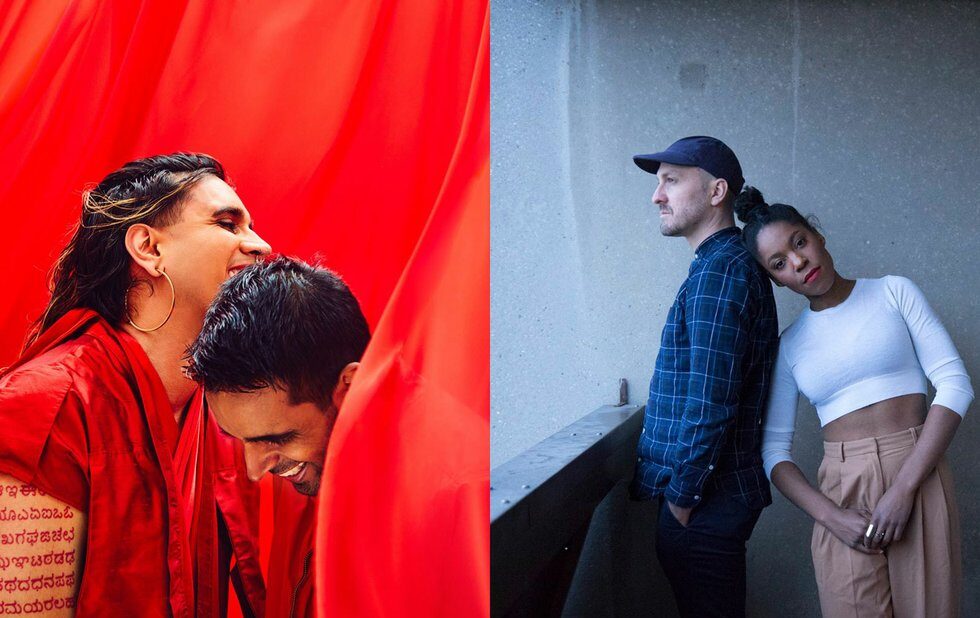 Artist Stephanie Cheng’s poster for Bonjay and Too Attached’s upcoming Diversity Tour is a clever play on the kinds of brochures respective members Alanna Stuart and Vivek Shraya saw in their previous jobs working in government diversity offices.

“A group of multihued hands high-fiving, everyone’s got a smile on their face and their thumbs are up because diversity is great!” jokes Stuart, vocalist in Bonjay.

The poster for the tour, which comes to the Drake on Monday (May 28), shifts the “melting pot” imagery toward a more accurate representation of the kinds of privileges regularly ignored in those safe state-sponsored campaigns, by featuring characters placed at starting blocks on a racetrack at different levels. 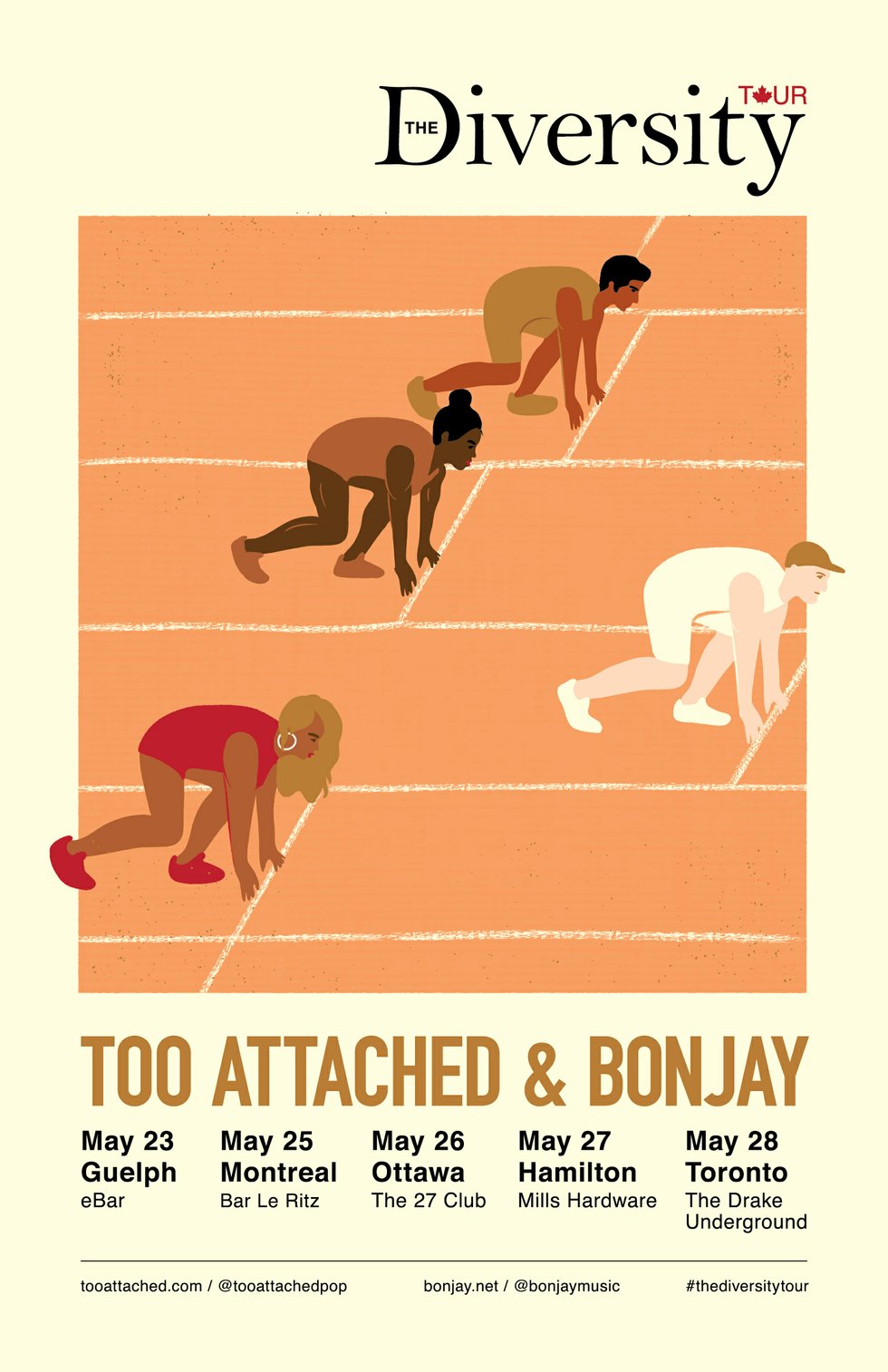 Though they had jobs in common, Stuart and Too Attached’s Shraya didn’t actually meet until performing together at an Arthur Russell tribute night in Toronto a few years ago. Their friendship solidified when Shraya released Part-Time Woman, her collaborative EP with the Queer Songbook Orchestra. Stuart is a regular member of the orchestra and couldn’t be involved in the making of the record, but was available when it came time for Shraya to perform the songs live.

Through those performances, they developed a mutual admiration, and Shraya pitched the idea of touring together.

“[With the tour] we both wanted to make a satire of the way ‘marginalized voices’ are being included in conversations now under the banner of diversity,” Shraya, who plays in Too Attached with her brother Shamik Bilgi, explains over the phone.

She compares the way a word like “diversity” has subsumed other pursuits against racism, homophobia and transphobia to the way “bullying” has become the catch-all for similar problems at schools.

“We see the same thing with diversity now,” she says. “It’s become a way to not say the word ‘race’ or ‘racism’ or talk about any of these other forms of oppression.”

In a separate phone interview with Bonjay, member Ian Swain agrees. “When you’re trying to make change, it makes sense to pursue a specific intervention instead of a cloudy, feel-good concept.”

“[Diversity is] this vague ideal that we in Canada share, but it’s not specific at all,” adds Stuart. “I don’t know if we’re engaging with it on a deep level. We just all agree that we should agree on it. How do we use it to its full advantage and work through the challenges?”

With each of the characters in their own lane, the poster also underscores the main point of the Diversity Tour concept: that each person brings their unique experience and perspective to their music. While Too Attached and Bonjay are tackling similar ideas in their work, they’re doing it in fundamentally different ways.

“Calling it the Diversity Tour, in a collective of two bands that have essentially queer people, trans people, Black people, people of colour – we are a very diverse pairing, but we’re trying to articulate how we’re more than that,” Shraya says. “We’re more than those identities and check boxes.”

Both artists have new albums out that address the topic of diversity in different ways. Too Attached’s Angry was released in January, and features acerbic yet poppy songs like Diversity and Bare Minimum, which speak to the superficial ways trendy topics like race, identity and oppression are commonly approached.

Bonjay’s debut full-length, Lush Life, arrives on Friday (May 25). They call it “the sound of a city:” countless identities, beliefs, ideas, melodies and styles all bumping up against one another, sometimes in conflict, sometimes in harmony.

By drawing attention to the points of connection and contention, Bonjay are not only pointing to the sources of their creativity, but highlighting the often uncomfortable and challenging personal truths obscured by labels like “diversity.”

“With Lush Life, we’re trying to reflect the stories of people,” Stuart says. “Now [on tour] we’re going to come to face to face with them in this exciting emotional lab, where we’ll see if the songs and stories resonate.”