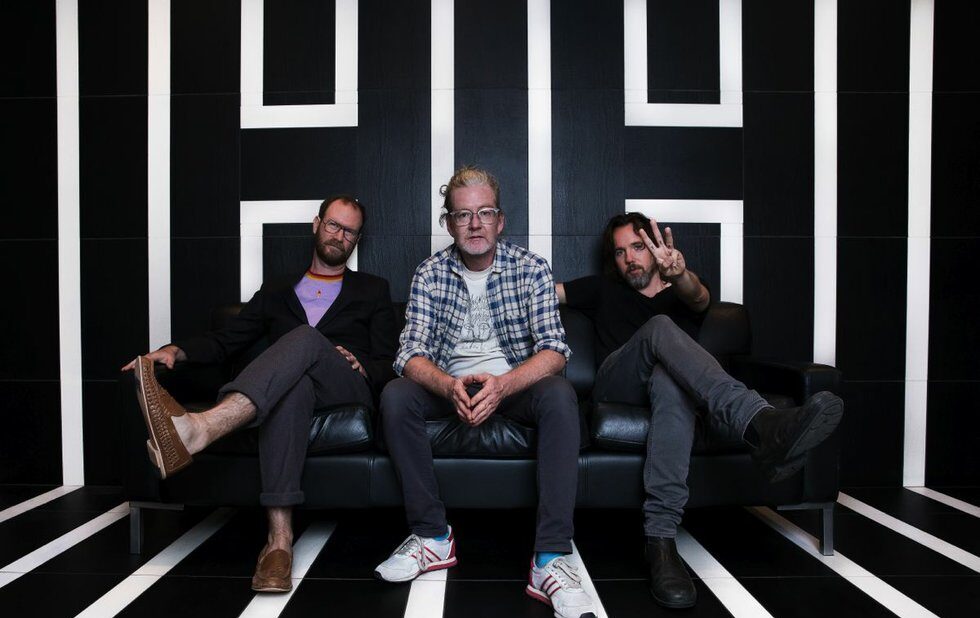 It’s been almost 15 years since You Forgot It In People established Broken Social Scene as a glittering star around which an endless number of bands and solo careers orbit, no matter how far they’ve lit out alone. Metric, Feist, Stars, Do Make Say Think, Land of Talk, Apostle of Hustle: they’re all in the BSS solar system.

Like most large and enduring collectives, the Toronto band has seen a lot of changes, members coming and going and sometimes returning again. But at this point, their relationships are well established and, as co-founder Brendan Canning points out upstairs at the Rivoli, “There’s just so much water under the bridge.”

On their fifth album, Hug Of Thunder (Arts & Crafts), out July 7, they sound less broken than ever.

“Otherwise there’d be the classic, you know…. There are two different versions of UB40 that go out and tour,” Canning replies.

They could, too. A whopping 17 players perform on Hug Of Thunder. After all, no one really ever quits Broken Social Scene. When John Crossingham tried to years ago, he got confused reactions.

“You just don’t show up, and [then you] come back another time,” Drew explains.

Multi-instrumentalist Charles Spearin elaborates: “You can check out any time you like….”

“And you can also leave,” Canning laughs, finishing off the Hotel California reference.

Despite the wealth of love on offer, Hug Of Thunder is a tense record. It does that beautiful thing Broken Social Scene do better than anyone else: spills its blood and guts and drills into you the idea that no matter what you’re going through, you’re gonna get through it, and we’re all gonna do it together.

It does this through multiple lenses: Emily Haines on the electrifying Protest Song, Leslie Feist on the transcendent title track, Ariel Engle on the gentle perseverance anthem Gonna Get Better. Drew gets to the point during the climax of Mouth Guards Of The Apocalypse, wailing, “I’m trying for the living, and I’m staying so I can leave.”

Like past albums, it’s almost overwhelmingly lush, though the band also sounds more focused. Defiant, shoot-for-the-rafters songs like Halfway Home are sharp and explosive. Skyline is dreamy, luminescent and meditative but also energized. Only in the near-final moments does the album break down, as if it can’t bear its own heft. But even then, it picks itself up again. 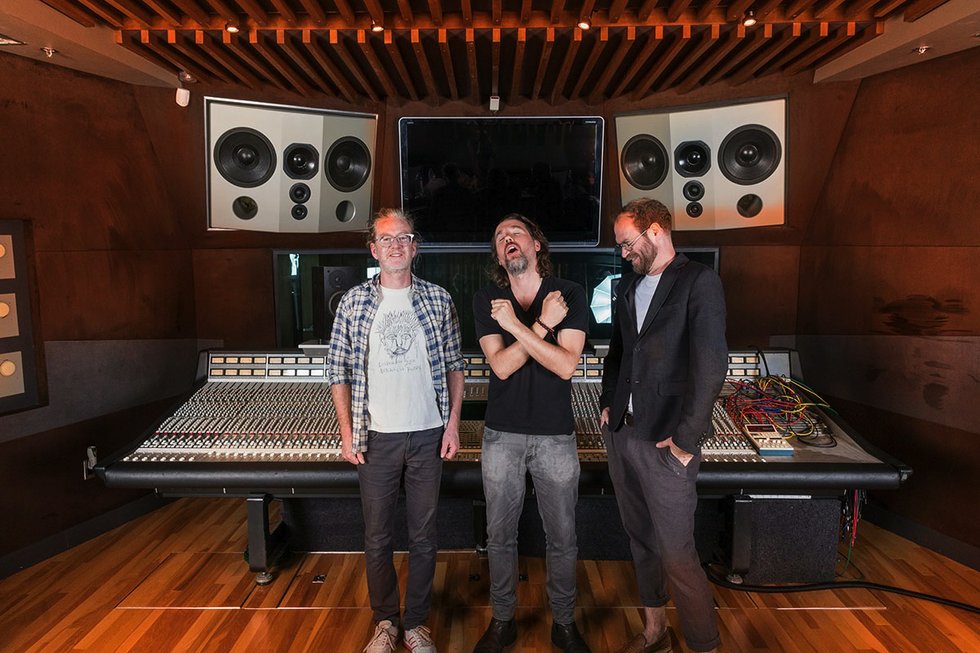 The record is a reaction to tribulations and tensions both personal and global. Though the band never underwent a traditional breakup, they were on a bit of a hiatus after 2010’s Forgiveness Rock Record. In 2014, producer Joe Chiccarelli and Canning started pushing for a new record, but Drew was reluctant.

It was the 2015 Paris attack at the Bataclan that kicked him into high gear.

“We discovered we’re better as a family – we’re better when we get together and we bring out the best in each other,” Spearin says. “There was an attempt to see what would happen if we got back together, what the songs would sound like, how we would get along.”

And then during recording, life happened, as it always does. Dark times were endured and fathers lost. Drew recalls being on the phone with Engle during a rough spot and semi-jokingly trying to lift her spirits by reminding her of her own chorus: “Don’t forget, you said it’s gonna get better!”

“To be honest with you,” Drew says, “when Gonna Get Better was put down, things couldn’t have gotten any worse than they did in the next few months.”

He prefers to keep details private out of respect for those involved. “Things went down,” he offers. “I always say songs are premonitions, so make sure you put positivity out there.”

There’s a galaxy’s worth of we’re-gonna-get-through-itiveness on Hug Of Thunder. Drawing on insights from children’s movies over the last 15 years, Drew explains that improving things is really as simple as the main takeaway from rabbit police officer Judy Hopps’s final emotional Zootopia speech: “Try to make the world abetter place.”

“And all this other shit makes it so fuckin’ difficult,” he says. “We make it so difficult with all this shit we feel we need to consume or have opinions on or reach out about.”

A beat later, he’s pulled himself out of the doom and gloom.

“It’s fucking this,” he says as he reaches out to hold Spearin and Canning’s arms in a show of solidarity. “That’s what Hug Of Thunder is.”