Well, more like it's been forced to move due to continued flooding at Gibraltar Point 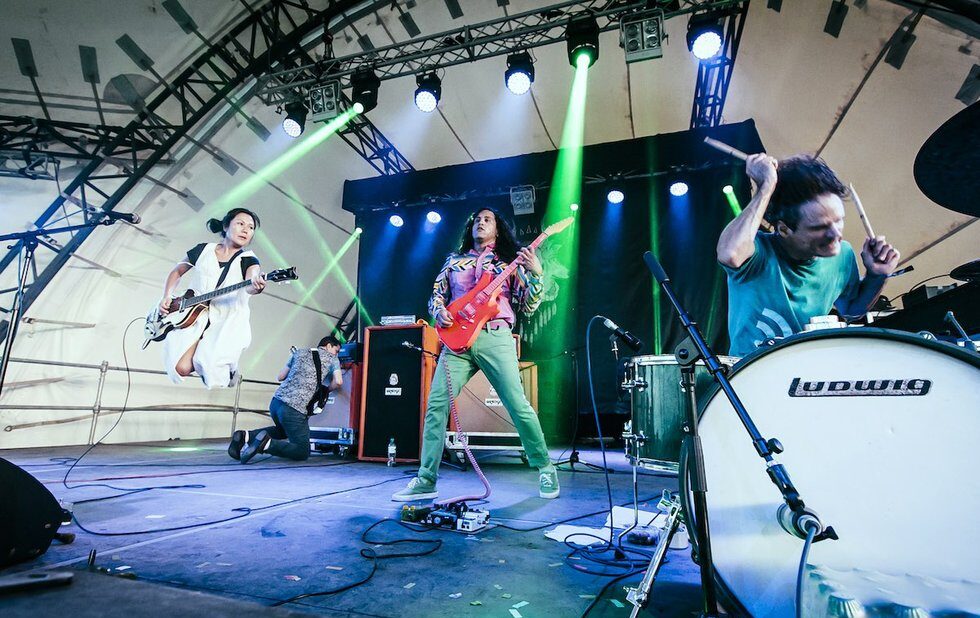 Camping and indie music enthusiasts will be bummed by today’s news that annual summer blowout Camp Wavelength is losing its most unique aspect this year: camping.

That’s due to the continued flooding around the festival’s Toronto Island location, Gibraltar Point, which has meant a relocation back to various venues on the mainland.

“The Island is a special kind of magic, and we’re not going to pretend that that’s easy to replace,” Wavelength’s artistic director Jonny Dovercourt tells NOW. “That said, we’re going to recreate the nostalgic, escapist, ‘weird and wonderful’ vibe of Camp Wavelength at two of Toronto’s best live music venues, as well as a special outdoor location we can share soon.”

Those two venues – the Garrison at 1197 Dundas West and the Great Hall at 1087 Queen West – will see a slew of Canada’s (and one of America’s) best and brightest indie acts. Jessy Lanza headlines the Garrison on August 18, a show also featuring DATU X HATAW, Os Tropies, Loji and DJs Can You Feel It and Smooth Shading.

Due to the changes, the fest has rebranded as Day Camp In The City. The festival – and the year-round Wavelength music series – is notable for its Toronto-centric focus and affordability. An all-access pass costs $65 and single shows $25, available at wavelengthmusic.ca, Rotate This (186 Ossington) and Soundscapes (572 College). Refunds are also available. If you’ve bought a camping pass, you have the option of getting an all-access pass plus a Wavelength Passport, which gets you into every Wavelength show for the next year.

“It will be fun to reimagine the fest as a multi-venue festival: get on your bike and roam around and discover something new and amazing, and see some of your favourite bands up close,” says Dovercourt. “Ultimately, the magic comes down to the programming and the people – and the locations will bring their own special vibe.”

Toronto Island has been closed and ferry service suspended for anyone but residents since early May. Island park permits and city recreation programs are cancelled until July 31.

A July 10 press release from the city says staff is closely monitoring and assessing conditions on the Island, and that the reopening of sections of it remains on schedule for Monday, July 31. Olympic Island, Gibraltar Point, Hanlan’s Beach and sections of Centre Island including the grandstand, will remain closed for the rest of the summer.