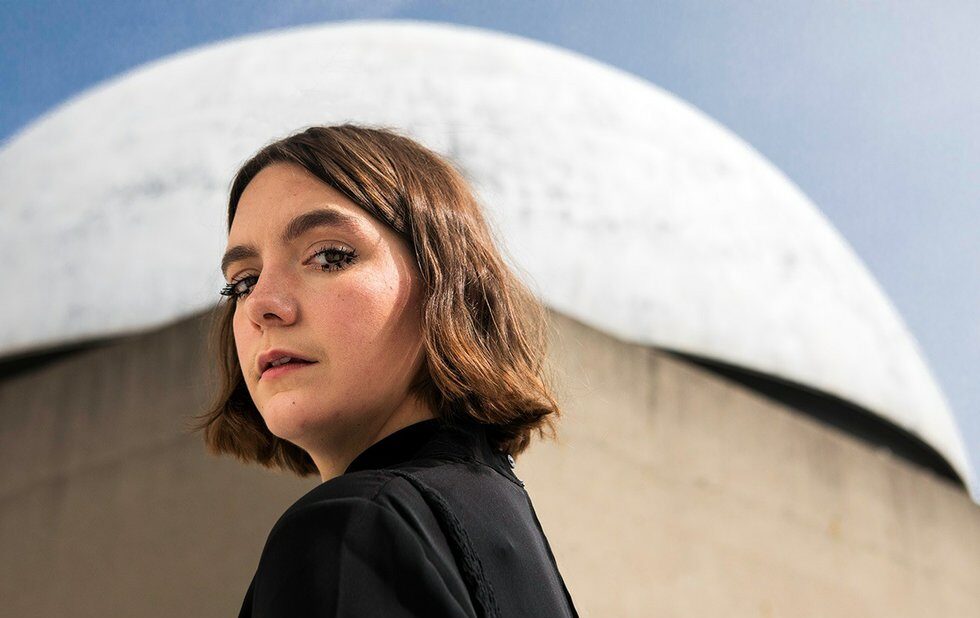 Jess Forrest has brought a small bundle of journals with her to the darkened old-timey café in Yorkville that we’ve chosen as our shelter from the raging heat wave outside. As she thumbs through them, each page appears dense with notes, dates, reminders, itemized lists and diagrams.

The ink-smudged pages tell a fragmented and opaque story of Sector 03, the album she’s about to put out as Castle If. Both cerebral and immediate, impressionistic and refined, Sector 03 winds an episodic narrative through “a skewed version of Toronto.” Voices living on the fringes of a weird dystopia are artfully conjured by magisterial synth melodies and voicings, warm tones and synesthetic textures.

The LP marks the culmination of a conceptual journey that started five years ago when Forrest read William Gibson’s Neuromancer, a novel well known for its uncanny prescience about modern unreality.

“I think he predicted all the chaos that would ensue in the future,” she says.

Forrest wandered around Yorkville while working on the album, visualizing the neighbourhood Gibson had called home 50 years earlier and that informs so much of the material in Neuromancer. She imagined similarly anarchic landscapes, signposts of a weirdo-outsider culture seeping out from the city’s densely populated financial core.

“I liked thinking about what Gibson saw in Toronto that inspired his vision,” Forrest explains, “especially at a time where the world has become startlingly close to what he unknowingly predicted.”

Out of these wanderings came the idea for Sector 03’s cover, a painting of University of Toronto’s McLaughlin Planetarium that Forrest commissioned from artist Anna May Henry, who also supplied the cover art for Castle If’s 2017 Plant Material cassette. 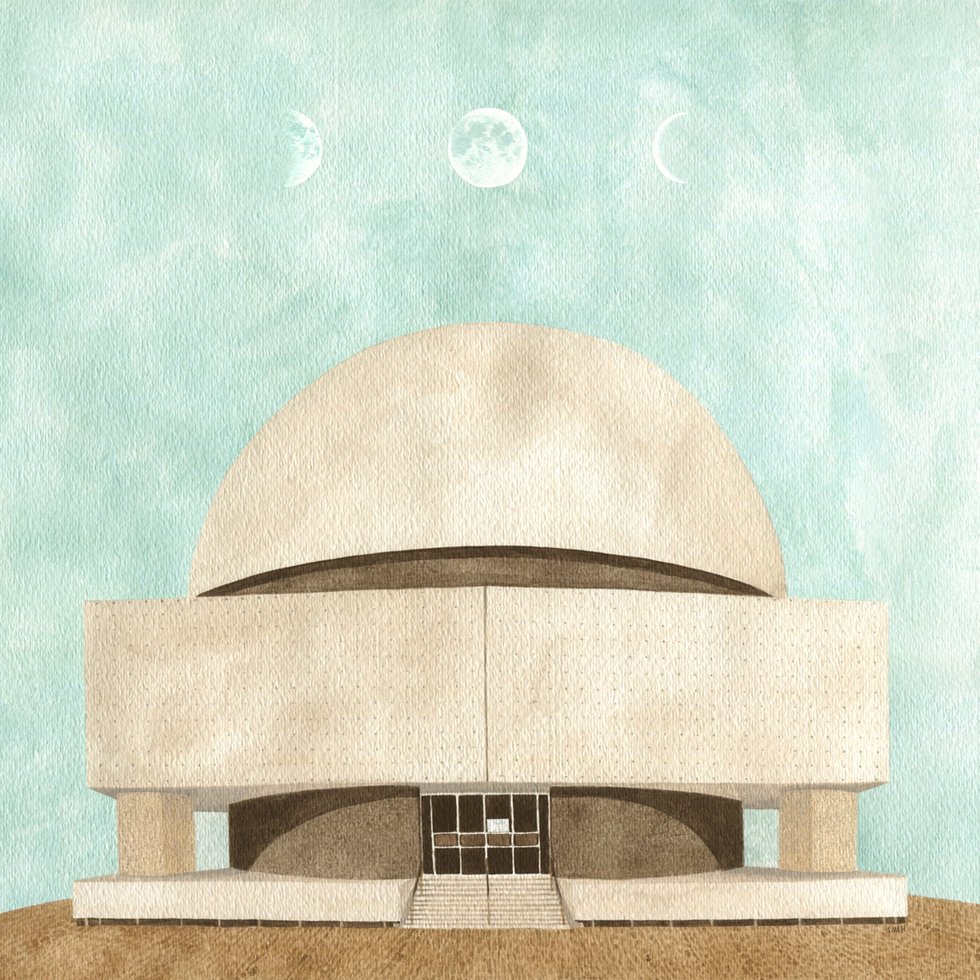 For Forrest, there’s a powerful resonance in structures like the planetarium and novels like Neuromancer, in their function as acts of place-making that tether our experiences to one another. She’s channelled some of these feelings into the loose narrative of Sector 03, which explores the curious sensation of being in the world while also seeming to reside outside of it.

The album’s haunted voices wander at the threshold of an individual and collective consciousness, trying to transcend “sectors” of reality to arrive at an “inner place” where something like a true self resides. “It’s very hard to describe!” Forrest laughs. “But it’s like a place that gives you religious feelings, a space where reality doesn’t exist and it’s pure creativity.

“There are big maps about what all the things on the record mean that just totally don’t make sense after a while,” she says, gesturing at the pile of journals. “So I don’t know if [the album] is really conceptually taut. It’s sort of all over the place. But I think if it was too mapped out, that wouldn’t be good.”

Indeed, some of the songs didn’t come along until very late in the process, while others were tweaked during live performances. Whole batches of work was scrapped. There was a full year of mixing, then a decision to re-record all the vocals and other elements, then more mixing.

The labour can be heard in all the ways Sector 03 finds harmony between its super-precision and its skyward-looking impressionism. Some songs, like Hustler, chug along with Moroder-esque relentlessness, while others like Contact and Voyage conjure emotionally vivid sound-worlds. Forrest spent countless hours on quality control and optimization, sculpting tones to hi-def fulsomeness, reconciling distinct synth voicings into harmony with each other, and then tidying and concealing all the seam work afterward.

The widescreen sonic spaciousness is the perfect complement to its nebulous and open-ended narrative, a story that is obviously true to Forrest’s own life experiences while not being exactly biographical.

“I feel like music should tell a story,” she says, “even if it’s not an obvious story.”

The outline of a plot surfaces now and then, but Forrest mostly uses broader themes to drive the narrative along. Her interrogations into alienation and precarious selfhood, often mediated through vocoder or other layered effects, seem both personal and universal.

“I think I just really like books a lot,” she says in response. “I grew up home-schooled, and when I was 15, I read Lolita seven times,” she laughs, “and then I wrote a concept album on it. So that was my first big project.”

It was also a clear sign that she knew how to move forward creatively, one step at a time, with a strong sense of how to do it alone. It didn’t hurt that around the same time, she had an unexpected and fateful version of “the college talk” with her father.

“I’ve been putting together a college fund for you,” Forrest recalls him telling her. “But I don’t think you should go to college, because that’s stupid. I want you to pick something you want to get really good at, and I’ll cover the cost of that instead.

“So I thought about it and I was like, ‘I’m kind of interested in synthesizers,’” she remembers.

So he bought her a synthesizer.

“I didn’t realize how far I would I would take it.”