Charlotte Day Wilson wants to break up the boys’ club

Poised for stardom, the Toronto soul auteur wants to help other young women achieve their own self-made success 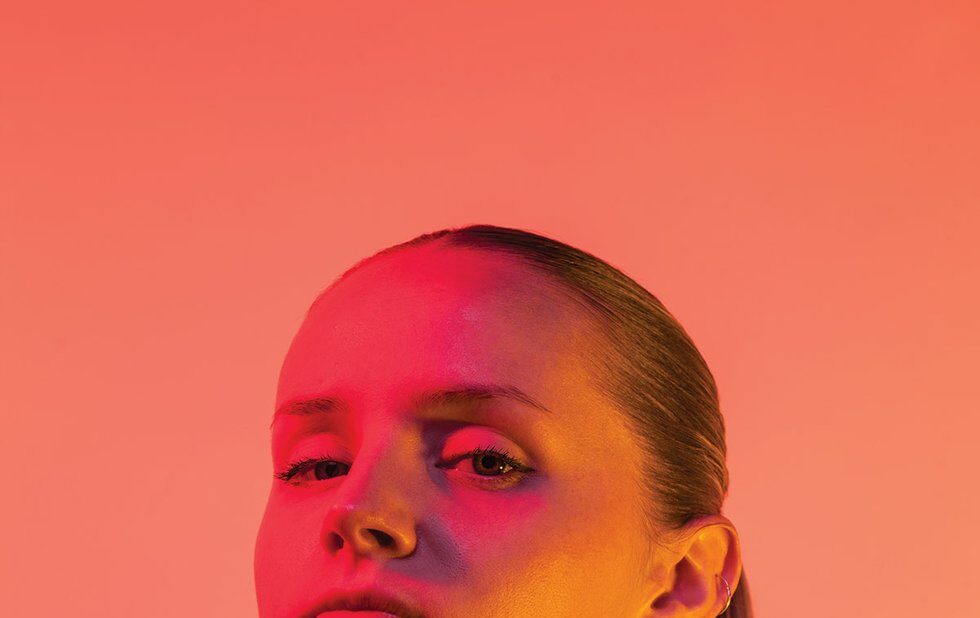 Charlotte Day Wilson has no role models, but if you’re a young, female musician she wants to be yours.

In the past year, the rising Toronto musician has found the confidence to take control of both her personal and professional life. And she’s done it largely without another female singer/songwriter/producer to lean on.

There’s a certain kind of mentorship and guidance you can only get from someone with similar experiences to yours – she wants to be that for others, especially when it comes to the technical side of music-making.

“There are a lot of women who are singers and songwriters, but so few who are engineering and producing and mixing,” she says, sucking on a lozenge, her voice a little raspy from a smoky studio session the day before.

You’d think she wouldn’t have far to look. The 25-year-old singer is part of a community of local musicians who are exploding right now. She’s joined BADBADNOTGOOD and River Tiber at Massey Hall, and watched as Daniel Caesar, with whom she duets on his album Freudian and often onstage, found his way onto Barack Obama’s playlist and the Grammy nomination list – like her, without the help of a label.

There’s clearly a hunger for the kind of music they’re making – a soulful, instrument-rich antidote to the colder, sparer Drake and Weeknd-inspired Toronto Sound that’s playing out on the world stage of hip-hop and R&B.

But for all the sonic differences, there’s one way it’s the same: aside from Wilson, almost everyone getting international hype (with a few exceptions) is male. And few other than her are queer.

“It’s very, very male-dominated, and it’s frustrating because the people I’m associated with and the people in my community are just the ones whose music I like the most [and they happen to be male],” she says, shifting on her couch in her east-end apartment. “But that’s just how it is right now. I’m always looking for the up-and-coming women doing interesting things and producing.”

Right now, that person is Charlotte Day Wilson. There’s an aura around her – not just because of her stylishly aloof vibe, which has kids starting to fill her Instagram comments with the word “mom” (online slang meaning, partially, someone to aspire to), but also due to the way her sultry voice and timeless sound connect with listeners. Her stage presence might be low-key, but the second she opens her mouth to sing, you can see the Daniel Caesar path revealing itself ahead of her.

February 23 marks the release of Stone Woman, her second independently released EP, and already she’s sold out two nights at the Danforth Music Hall in April – the same venue Caesar recently played five nights in a row. She did most of the producing herself, and you can hear all the time she’s put in. It’s an intricate, deeply felt reflection on relationships and overcoming resignation with resolution.

“I’m done with doubt,” she sings on the self-determination anthem Doubt, and the sentiment carries through the other five songs. Nothing New meditates on how hard it is to break patterns Let You Down and Falling Apart ache with regret and Funeral eulogizes a dead relationship while hinting at self-discovery and growth. Like her 2016 debut EP, CDW, it’s stunning and brief, leaving you wanting more.

“I’m always of the mindset of quality over quantity,” Wilson says, holding back a cough.

She stands up to get glass of water, walking through her sunny, spacious, mostly unadorned loft on King East. There are no walls separating the living room from her bed, the kitchen or the space’s only nook, where a keyboard, some guitars and other scattered recording equipment ensure she’s never more than a few steps from her music.

She moved here at the beginning of the year, and it’s where she put the finishing touches on Stone Woman. She also did some of it at BADBADNOTGOOD’s studio, but recorded the majority of it in her parents’ High Park basement.

“They work 9-to-5 jobs, so they were never around. It was the most peace and quiet I could find anywhere,” she reasons. “I had the gear anyway, and I wanted to do a lot of it myself.”

She wants to emphasize the word “myself” – not because of some DIY punk ideal, or to show off that she’s a jack of all trades, but to demonstrate that self-producing is an option for other young artists.

“The fewer women there are in the industry or in the producing setting, the harder it is for anyone to break into it because it can be a boys’ club,” she says. “Walking into a studio can be intimidating. And so it’s a really nasty, vicious cycle.

“It’s important for me that younger women do see that it’s possible and that you can do it all yourself,” she says. “And that you can be, you know, the boss.” 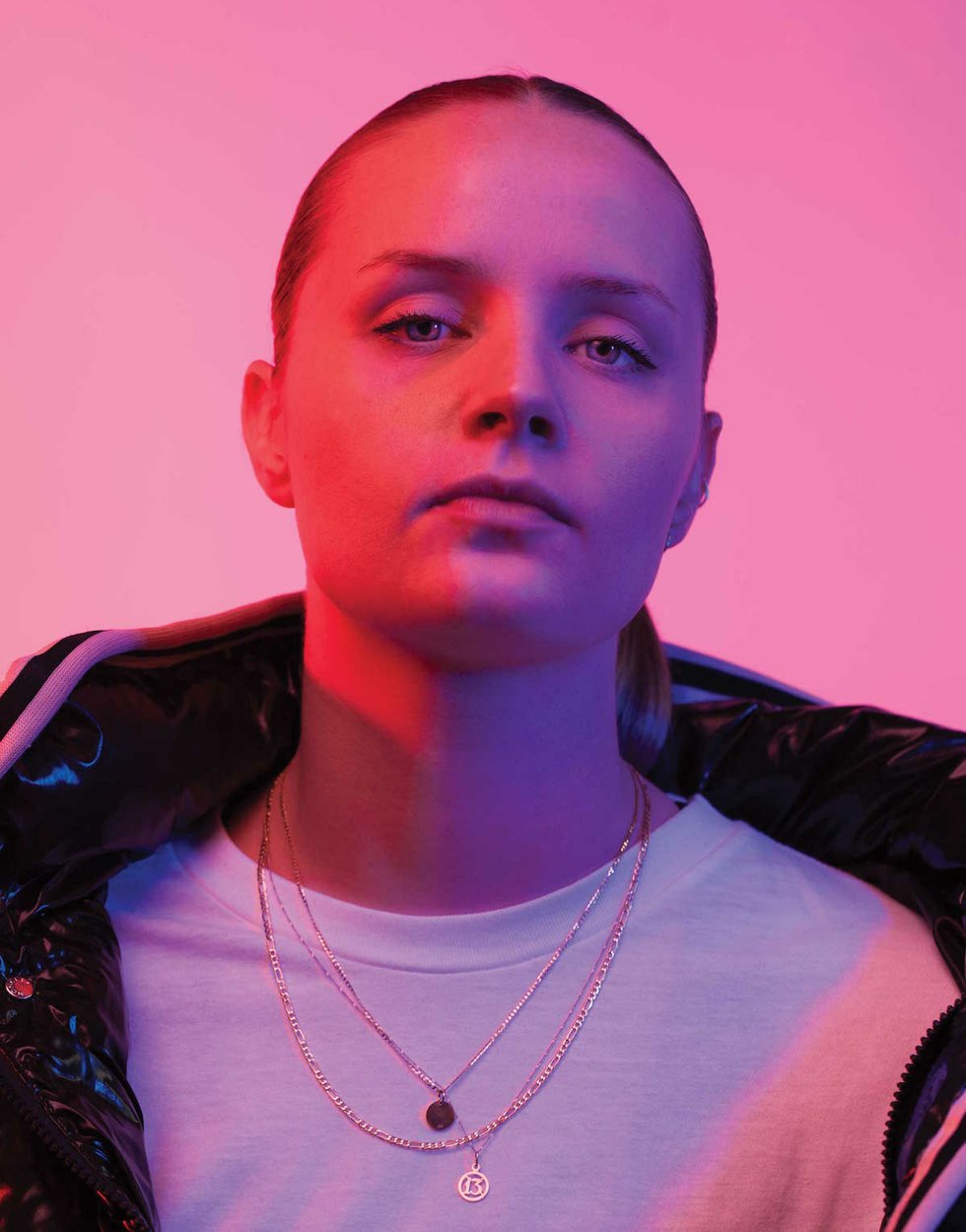 For Wilson, Stone Woman is more than just the name of her new EP – it’s an identity.

“I’m always going through a bit of an identity crisis,” she says. “And that [phrase] gave me a sense of understanding for a while. I found a home in it.”

Wilson wrote the title track around a glitchy, tinkling loop that BBNG’s Alex Sowinski texted her while he was fiddling around in his studio. She instantly claimed it and started recording that night.

“The words just fell out of my mouth in this very perfect and intangible way,” she says. “I didn’t understand where it came from at first, but then as I started building this image of a stone woman, I realized it’s an image of strength and beauty, and also something a little bit cold and hard.”

The EP follows a period in which her music career was taking off but her relationship with her then long-term girlfriend was slowly eroding.

“I try to have a healthy balance between working really hard and also living my life and having lots of different friendships and relationships.

“And, you know, relationships,” she pauses between each word, her eyes cast downward, “sometimes… fail.”

She felt defeated at the time, she says, but the conflict also helped her reach the point of vulnerable self-reflection that informed the EP.

“You learn so much about yourself in relationships,” says Wilson, briefly distracted by her current girlfriend’s cat, who keeps finding different spots to bask in the sun. “You’re forced to have yourself thrown back in your face when things go wrong and someone tells you how you are. It can be a really sobering moment when those things are true.”

Wilson calls the record “a slice of my life right now,” but in another way it’s also been a long time in the making.

Music has defined her entire life. She’s often talked about her musical upbringing – she had two aunts who were music teachers, she has family in the music business and her father was in a band. But her musical roots go deeper than that.

“My grandfather was a minister and my grandmother sang in the church,” she recounts. “She had this insanely beautiful operatic contralto voice. There’s only one recording of it, but when I listen to it, I fully hear my own voice in it and it’s really spooky.”

One parent was more religious than the other and Wilson was never sure where she stood, but when she did go to church it was because of the music. “It’s definitely in me,” she says.

She’s been writing and recording privately since high school but didn’t become confident in her own voice until she started playing gigs with smooth R&B band the WAYO while studying at King’s College in Halifax. The WAYO got some notice, but Wilson never felt quite at home in the East Coast music scene, which leaned toward folk and indie rock.

“People were supportive, but the bills we’d get placed on were so eclectic,” she says. “Not the right fit at all.”

When BBNG and the “new Toronto moody sensualist R&B sound” (as she puts it) started blowing up, she moved back to Toronto, fell in with her community of musicians, and recorded CDW. It’s been a steady upward trajectory since then.

Stone Woman is the most fully realized version of Charlotte Day Wilson yet. Her strength is in taking a simple, relatable experience and finding the complex beauty in it – the darkness and the light.

She wanted the six songs to come out right away while the sentiments were fresh rather than wait to build her debut full-length. Labels have come calling, but working independently keeps her fingerprints on every aspect of recording, production and marketing.

The flip side is that she’s been so head-down focused that she hasn’t had time to properly mentor anyone. But she’s always willing to help any young artist who’s reached out to her, going for coffee, relating wisdom and letting them watch her record.

Her eventual goal is to open her own studio where she can encourage women to take control of the technical aspects of their music, and can give the kind of support and guidance she wishes she had.

“Hopefully one day I can be that for someone else.”

Charlotte Day Wilson isn’t the only woman in the music industry striving for better representation. Read: Who will break up the Canadian music industry’s boys’ club?