NOW MagazineMusicFeaturesChastity build community around a barn in Whitby

Chastity build community around a barn in Whitby

With so many other musicians uprooting to head to Toronto, the rafter-rocking punk band are passionate about keeping the DIY scene alive in their hometown 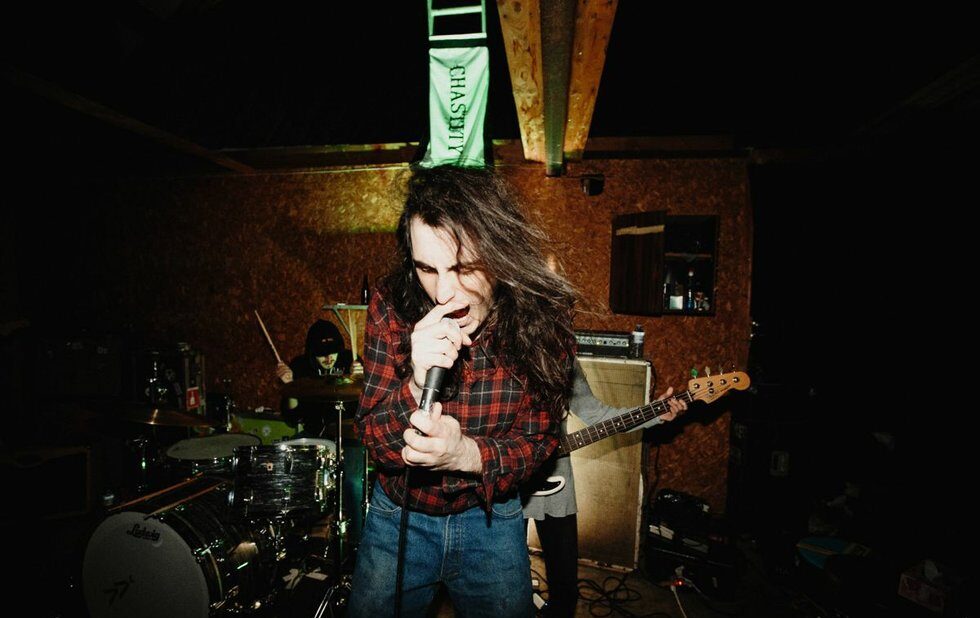 Ashburn is a quiet rural hamlet, just a short pace north of Whitby. It’s an unremarkable agricultural community in the Durham region, where the streets are lined with pickup trucks, homely bungalows and barns. But if you were to drive up Ashburn Road last Friday, April 13, you would have passed a house with vehicles crammed onto the front lawn, and a cavalcade of people trudging through tractor-tire mud to a barn in behind.

Thanks to Brandon Williams, that barn is becoming one of Whitby’s most important DIY venues.

Williams leads the catalytic post-punk band Chastity, and along with a cast of people from Whitby’s tight-knit music community, he’s providing safe spaces to cultivate and support the city’s music scene. On Friday night, folks clambered into the barn to see blistering sets by Chastity, who were celebrating the release of their new single Children, and Toronto noise-punks METZ.

The place was packed to the rafters (with some folks hanging from them), the crowd’s collective energy moving with the pace of Chastity’s dynamic set, which side-stepped from sludgy, industrial chording to frenetic punk riffing. Williams’s brittle, fiery scream sat vulnerably front and centre. 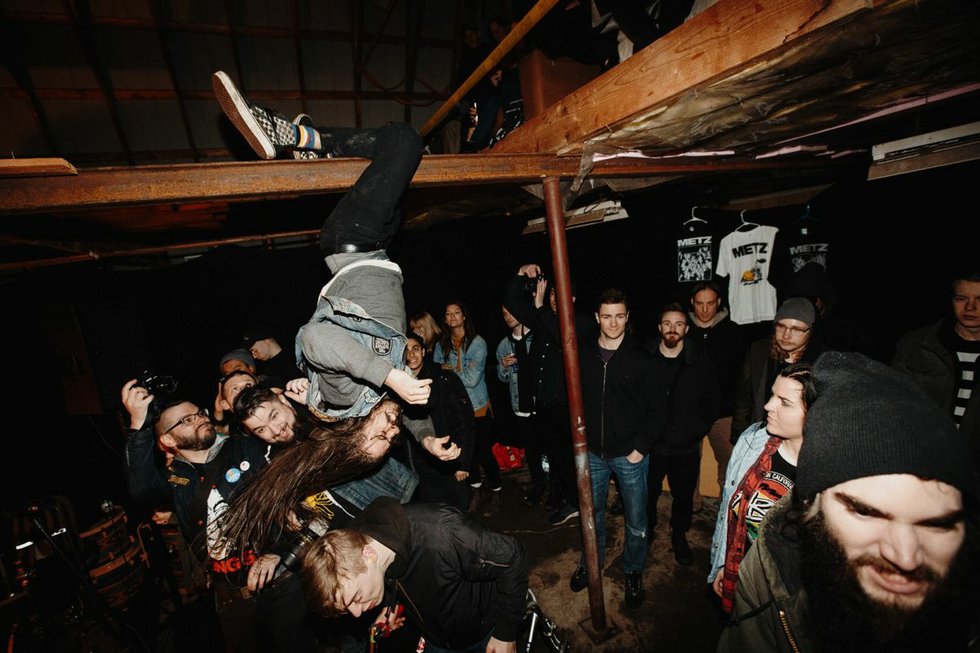 Williams’s barn shows came about after a show he’d planned got rained out. His friends who rent the property on Ashburn Road green-lit the idea to use the barn. The first show, a blow-out with Toronto punk band PUP, was held on a Friday back in October. (Williams has an affinity for Friday the 13th – both barn shows fell on one, and Chastity’s recently announced debut record, Death Lust, comes out Friday, July 13, on Royal Mountain and Captured Tracks.)

The barn, affectionately nicknamed Ashburn Green, is a valuable asset. Williams explains that the Durham region’s lack of DIY and all-ages venues makes it challenging to develop a sense of identity and togetherness in the music community. The Dungeon, a beloved all-ages venue in Oshawa, was shut down after what Williams calls “a scapegoating” by the city of Oshawa.

“[The Dungeon] was a sanctuary for me,” he says after METZ’s set ends and we don’t have to shout. “When that was gone, it was quiet around here.

“When there was that community void, I think it was a source of massive anxiety for me.”

Following the Dungeon’s closure, Williams says the region’s “fringe kids” coordinated online to keep the spirit alive. “We were like, ‘We know something can happen. If we put it on, people will come.’ We saw it tonight.”

Williams used to hold shows in his parents’ basement. The first-ever Chastity show was hosted in his bedroom, before police shut it down. He says the few established venues that exist, like Durham College, are prohibitively expensive to book.

“There are 125,000 people [in Whitby], 10 hockey arenas and no community, all-ages, safe arts community centre,” he grimaces. “It’s really quite gnarly.” 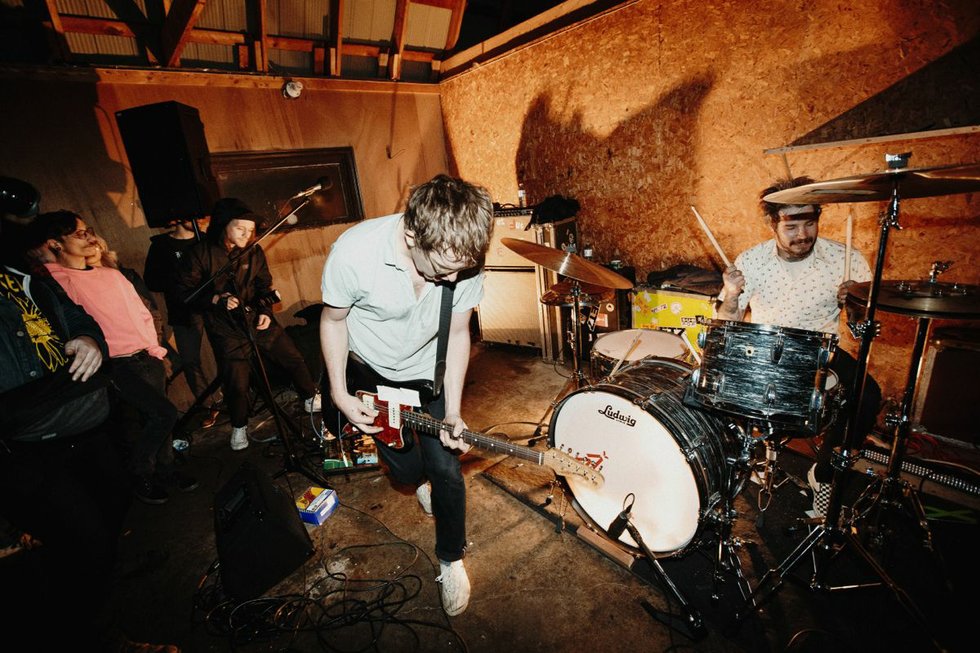 Besides being a critical springboard for solidarity in Whitby, Friday’s show with METZ functioned as a fundraiser for Frontenac Youth Services, an Oshawa-based mental health non-profit. Williams notes the importance of raising not just funds, but awareness.

“Frontenac’s been there since the 70s, and I could’ve used that when I was 17 and I was feeling fucked and going through changes. The mental health conversation should happen often, it should happen comfortably. It’s literally possible to save a life.”

With so many artists uprooting to head to Toronto, it’s important to Williams to keep his efforts and passion in his hometown. “We’re going to keep doing shit in Whitby,” he shrugs.

“It’s an unlikely thing, I think, from the outside looking in,” he grins. “’Whitby? There was a show in Whitby, and it was great?’ It’s about keeping Whitby in mind when it feels like nobody else is.”

Even the barn’s future isn’t secure. Williams fears that every show there could be the last, noting that new landlords might not permit it to be used for shows.

While it’s uncertain how long Ashburn Green will be able to operate, it’s clear that Williams will find a way to keep the community together.

Post-show, our van of attendees from Toronto gets dismally lodged in a half-foot of mud until a swarm of locals help us out, lending shoulders, a wood plank and eventually a pickup truck to tow the van out. Despite the miserable drizzle of muck and rain, the crew stays behind to help.

It proves a point Williams made to me just 15 minutes earlier.

“People come out for each other. I hope this is evidence of that, and a case for Whitby.” 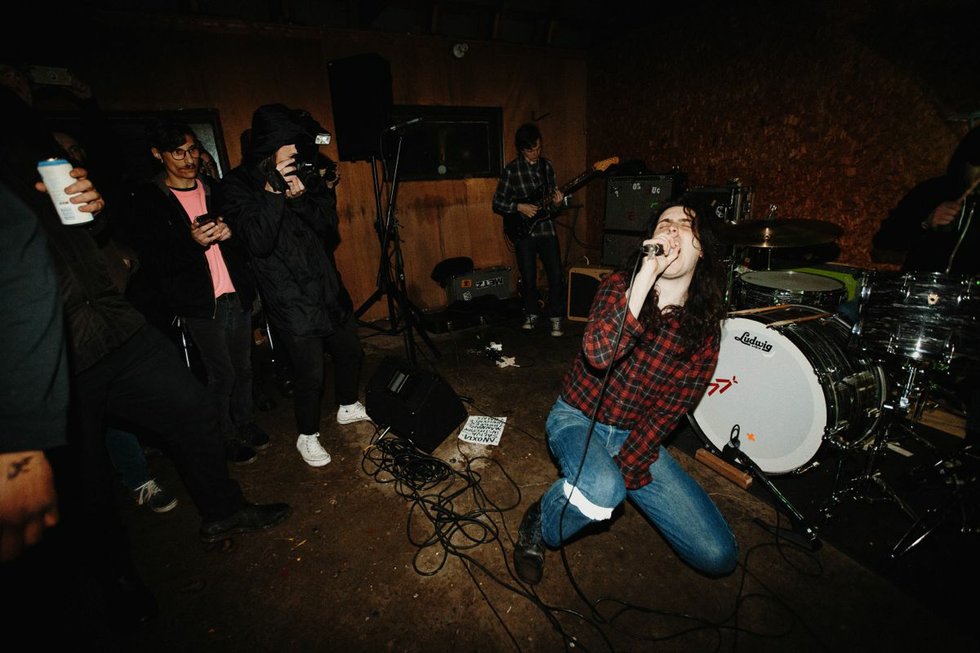 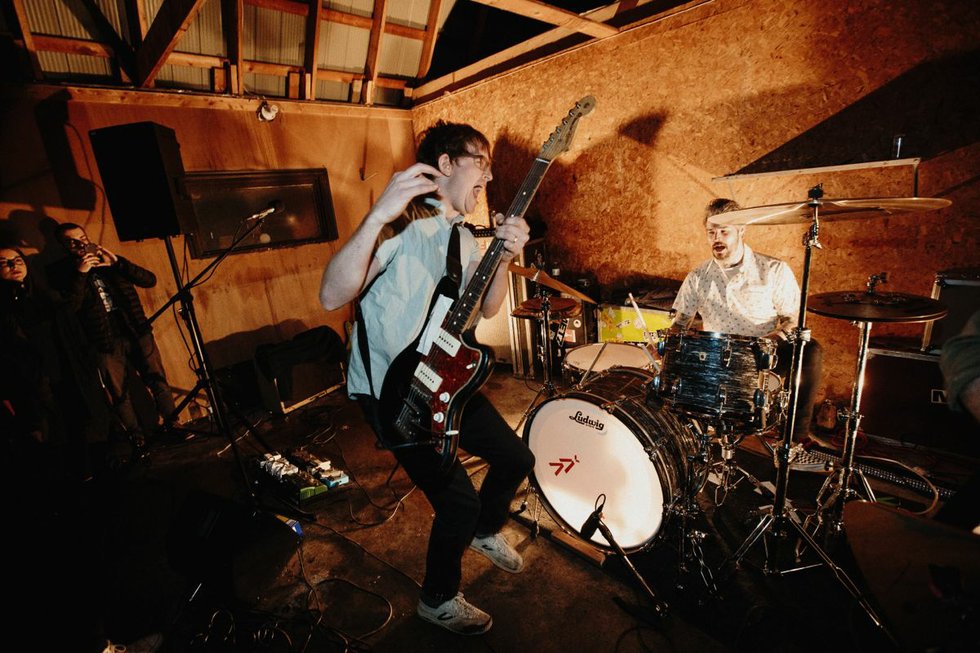