Canadian Music Week 2019: 12 musicians to catch at this year’s festival

It's not all industry panels – from vintage psych-rock to fiercely feminist Toronto hip-hop, here are some of the best bets and hidden gems of CMW 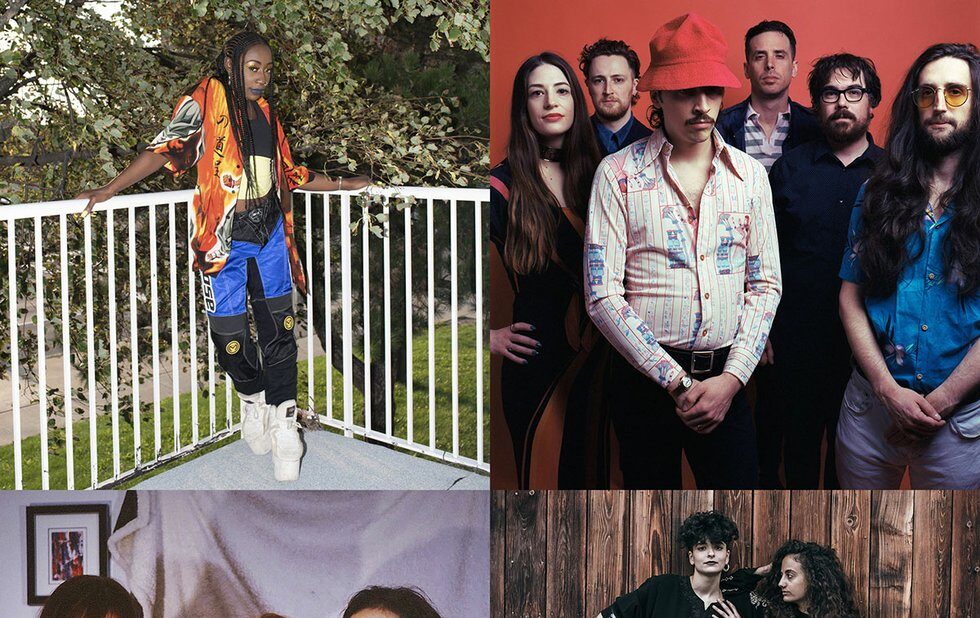 Canadian Music Week kicks off today (Monday, May 6), and after a few big opening parties (Television, hello) things kick into gear with multi-act bills in venues throughout the city. We combed through the schedule to find some of the best bets of the fest. For the most part, we’ll let the headliners like …And You Will Know Us by the Trail of Dead, the Dandy Warhols and Azealia Banks speak for themselves (and the latter really likes to) and bring you some musicians that will help you get the most out of your CMW wristband or delegate badge.

Paris-born, Toronto-based singer AIDA makes synthy, funky retro pop so effervescent you can see the 80s neon. Catch her at this early-week showcase and it should leave you energized enough to make it through the rest of the fest.

Local heroes UNCDTNL Support’s showcase doubles as the culmination of a new hands-on mentorship program for women in colour doing behind the scenes work in the music scene. It’s also an amazing showcase of women R&B and hip-hop artists from Toronto. We’ve featured the about-to-explode Ebhoni and Witch Prophet before (and likely will again), but you don’t want to miss Sydanie either. With bars that gracefully slide around hard-hitting electronic beats and a unique perspective on Black motherhood and the “digital rhythm” of the current era, she’s an absolute force.

Music and feminism blend harmoniously for Toronto three-piece rock band Nikki Fierce. Their 2018 EP, Man Made Woman, tackles gender politics, body issues and violence against women across five songs running in the post-punk, goth-rock vein. Their Made For You video confronts the intersections between fashion, beauty and identity. They’re on a strong local lineup curated by Dan Burke that also includes Luge and Hooded Fang, so you might want to just perch there.

DijahSB has been building buzz with a trickle of new tracks over the last couple of months. The local rapper is influenced by Jay Electronica and Kid Cudi, and you can hear both in her fire bars and emotionally vulnerable lyrics. Playing as part of a sprawling lineup at the woefully-underused Sneaky Dee’s, she’s one of the true hidden gems of the festival.

Glam rock is back, courtesy of this Victoria, B.C. singer/songwriter, who comes with all the glittery outfits and swaggering melodies you (probably don’t) remember from the 70s. With multiple shows at the festival, word of Art d’Ecco’s memorable live show should spread quickly.

This year’s CMW is surprisingly psychedelic (see: Red Mass, LA Witch, Vinyl Williams and a few bands on this list), but few commit so hard to classic doob-rock as Black Mountain. The long-running band led by Stephen McBean (and now featuring a new lineup) will fill Yonge-Dundas Square with the sounds of vintage synths, spacey hooks and crunchy guitar riffs, like an ‘85 Dodge Destroyer blasting its stereo on Yonge with the windows down.

It’s been a while since we’ve heard from this local trio, and the first song off their upcoming EP, Geneva Freeport, is a welcome return. Currency features U.S. Girls’ Meg Remy and adds some bouncy pop texture to their spacey psychedelic prog. It’s a six-minute mini-epic that hopefully charts their path forward – and an ongoing return to the stage.

Afrofest and Blue Crane Agency are teaming up for a hell of a lineup co-headlined by Canadian/South African Afrofuturist Zaki Ibrahim (who is a can’t-miss herself) and Montreal-based Shay Lia. You might recognize Lia from her funky collaborations with Kaytranada. The Franco-Djibouti singer/songwriter brings the same sense of adventure to her own R&B and soul tunes.

You can often catch interesting international artists making their Canadian debuts at CMW. This year, for the first time in 35 years, musicians from Palestine will be playing. Following a Palestine Music Expo at the conference on Friday, Kallemi perform a pair of shows co-presented by the Palestine Film Festival. The group features women from Switzerland, the Dominican Republic and Palestinian while combining Arabic and English music, as well as Latino hip-hop. Also don’t miss Bashar Murad (also on both shows), whose music shatters Palestinian stereotypes and explores gender and sexual identity.

The Japan-born producer has been involved in the local electronic scene as a DJ for some time now, but we’re most excited about his latest iteration: live techno, house and minimal-beat sets performed on samplers and synths. See Tomita, affectionately known as Tomi, during the Subtle Blend showcase, where other producers and beat-makers will be showing off their skills at creating danceable bleeps and bloops from scratch.

Inspired by similar workshops in Brussels, Buenos Aires and Vancouver, Loop Sessions Toronto is a monthly gathering of beat-makers and producers. Using equipment of their choice, each musician samples from the same vinyl record and has a few hours to work out their own creations under the guidance of mentors. Music critic Anupa Mistry is the workshop’s vinyl selector, and one of the founders of Loop Sessions Montreal will be in attendance.

If you haven’t heard, long-time Toronto songwriter/producer Maximilian “Twig” Turnbull has retired his Slim Twig moniker and is living his music collector dreams. He’s now writing primarily instrumental compositions for this jazzy, funky group of improvisers that includes members of Biblical, Blood Ceremony, the Cosmic Range and U.S. Girls’ latest incarnation. They just announced their self-titled debut album, out June 7 on Telephone Explosion, and the first taste, Undressed In Solitude, is a groove explosion of flute, congas, guitar solos and clavinet.