NOW MagazineMusicFeaturesCOVID-19 is a major blow to Canadian musicians

COVID-19 is a major blow to Canadian musicians

Independent artists are struggling as concerts are cancelled, but they see a way forward – and some organizations are stepping up to help 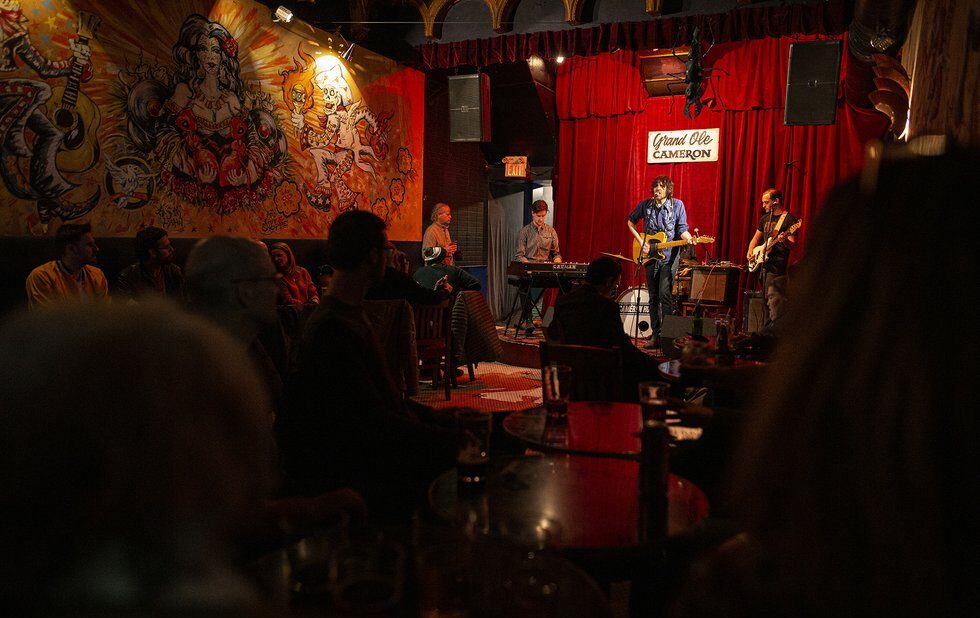 The SXSW Festival cancellation was just the beginning in a $26 billion global live events industry that is crumbling due to safety concerns related to COVID-19. The Juno Awards, Coachella and the SOCAN awards are among the many marquee events that have been cancelled to prevent the virus from spreading while artists as big as Billie Eilish, Pearl Jam, Elton John and Celine Dion have postponed tour dates.

In an open letter, the Canadian Live Music Association (CLMA) is urging the government of Canada to support companies, organizations and artists who are facing financial ruin due to concert and event cancellations.

“If we lose our concert industry, we lose the heart and soul of who we are as a country,” reads the CLMA letter, which asks the government to set-up a compensation fund, assistance for self-employed artists and small businesses, easy access to EI and tax relief.

Already, the music industry fund FACTOR has announced that artists who received funding to travel for shows that have been cancelled can keep the money. The Unison Benevolent Fund, in addition to its relief fund and counselling services, has put together a list of resources available to musicians to help them through the trying times. Backline and THRIV (Tour Health Research Initiative) are hosting their second online support group on Tuesday (March 17) called Come Together: COVID-19 Crisis, this one for artists labels, management, agents, promoters and other industry workers to band together.

COVID-19 is a major blow to the worldwide music industry, but no one is being hit harder than independent artists and promoters whose main income comes from touring.

“Streaming doesn’t really bring in that much money,” says Toronto singer/songwriter Luna Li (Hannah Bussiere Kim). “Selling merch at shows and touring is where most of the money is coming in.”

And it’s an important time.

“It’s touring season,” says Toronto rapper Shan Vincent de Paul, who just made it back from a tour in India alongside collaborator Yanchan. “For any artist, summer is when you really make your money. Especially when you’ve got an album release, you have a proper album launch and then you get on the road, then you get on your festival run and make your bank.”

Vincent de Paul was supposed to perform at the SOCAN Awards on March 30, but that’s been cancelled along with shows in Los Angeles. Ellis and Luna Li were scheduled to perform at SXSW, which is a major milestone and rite of passage for both as relatively new independent artists on the rise. Ellis’s debut album, Born Again, drops on April 3, and she had planned dates in Europe, the UK and the U.S., all of which have now been cancelled.

Power-pop musician Ben Cook and his Young Guv band set up a GoFundMe page after they got stranded in Texas on a cancelled tour. They were counting on payment from shows with White Reaper to get themselves and their van full of merch back on the road. Even if they could get back to Toronto, they had no place to stay since they had sublet their apartments. They have surpassed their $5,000 goal to cover gas, accommodations and musicians fees and have offered to share some of it with other bands in a similar position.

London, Ontario, band WHOOP-Szo were on tour in the U.S., watching their show dates drop and rerouting when I caught them on the phone in Bushwick, New York, on Saturday. The band had built their tour partially around SXSW and watched it dry up as the response to the pandemic escalated.

Since our conversation, the band’s Adam Sturgeon has returned to Canada. He is currently isolating in Sarnia along with others who have recently travelled. But he feels worse for newer artists WHOOP-Szo had released the album Warrior Down in the fall and have already benefited from a promotional tour.

“I really do feel for the artists who are putting out their records right now,” says Sturgeon. “That has implications. Artists take advances and record labels help pay for the studio time, and you have to recoup those costs. They can all do it, it’s just going to take more time. I super-feel for those acts.”

Luna Li just released a new single and video, Trying. Shan Vincent de Paul is dropping IYAAA, a collab album with Yanchan, in May and a new solo album Made In Jaffna in the summer. And the Ellis LP was supposed to have its album launch at the Monarch Tavern on April 24. That’s not happening.

“I feel devastated, honestly,” says Ellis, who basically worked an entire year writing music, recording the new album and preparing for a moment that wasn’t supposed to go down like this. “As an artist at my level, it’s extremely important for me to be promoting my record through touring. It’s my first record. It’s this really important time in my career.”

While the artists I spoke to are all dealing with their individual frustrations and worrying about the uncertainty to come, they’re all able to set aside their own emotions when considering the communal struggle during COVID-19.

“I’m feeling sorry for myself,” says Ellis. “But I’m really feeling for people in the States who don’t have insurance, people who are immunocompromised and working-class people whose income is in jeopardy. I’m feeling the anxiety of all of that.”

“This is happening so that our hospitals, doctors and nurses aren’t overwhelmed with more and more cases,” says Luna Li. “That’s always a good thing to keep in mind as we go through this.”

“We all have to go through a more community-based thinking to get through this,” says Vincent de Paul.

In the meantime, all the artists are trying to figure out ways to get their music out there while live performances and touring are out of the question.

“I’m just going to try to stay inside and write music, and work on my little bedroom videos that I post on Instagram,” says Luna Li.

“The internet is still a huge part of the music industry,” says Ellis, trying to find a silver lining in all this. “If everybody is in quarantine maybe they’ll have a lot more time to listen to music. All I can hope is that everyone that’s stuck in their bedroom will stream my record.”

Luna Li and Ellis’s new albums could be the heavy soundtracks for the current coronavirus-induced mood. “People will be in their feelings. Maybe it will be good.”

“We’re artists,” Vincent de Paul announces like a call to action. “We have to be creative. We have to think about other ways we could connect with an audience, especially with social media culture. It’s a challenge that could also be an evolution in how we engage with our audience.”

He refers to virtual shows and livestreamed concerts that are starting to pop up.

“That’s a cool way to experiment in that realm,” says Vincent de Paul, who also entertains a communal jam session from our balconies the way Italians are doing it under lockdown.

“Canadians can’t sing that well,” he laughs. “Our shit’s not going to sound that beautiful.”