"People think ‘She raps about dick and pussy, that’s a bad thing,’" says the self-described "freak hoe." "We all have sex. I’m bold enough to say it.” 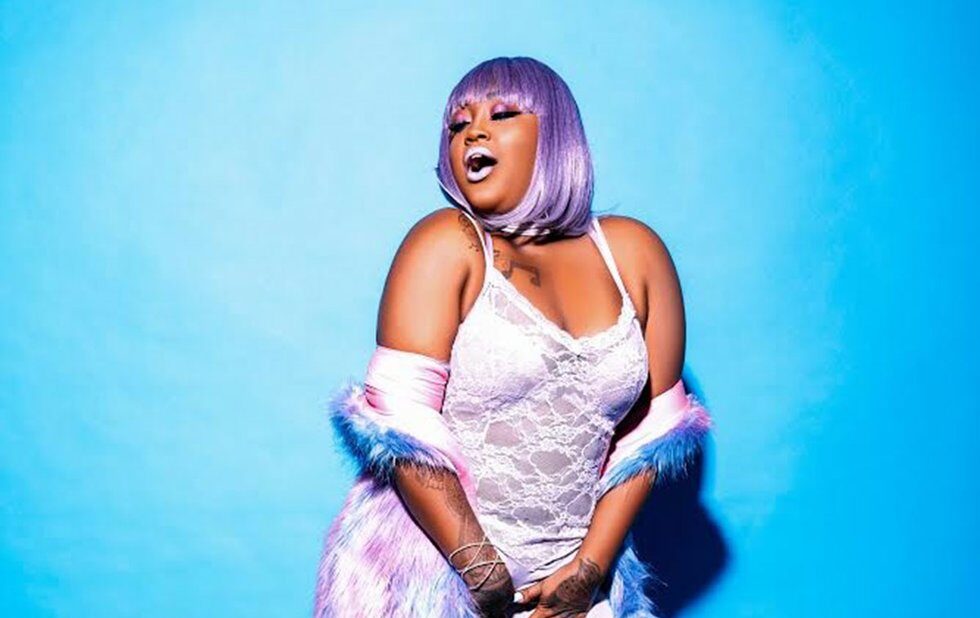 CupcakKe has something to get off her chest. The 20-year-old rapper is discussing her experiences with colourism in the music industry, when she brings up a handful of her recent tweets on the subject.

“Then I realized, ‘Oh, this person is light-skinned.’”

Fans have come to expect this kind of unapologetic real talk from cupcakKe, though she’s quick to clarify that the scenario doesn’t apply to all light-skinned artists.

In the clip for Vagina – which has 2.5 million YouTube views – she licks a cucumber suggestively while wearing nothing but rainbow pasties and white booty shorts.

Her videos got her a lot of attention, and instead of waiting for a label to sign her, Harris used social media to amass a legion of loyal followers who call themselves “slurpers.”

Her third studio album, Ephorize, self-released earlier this year, uses 15 technicoloured tracks to tackle naysayers, self-esteem issues and sexist double standards. There’s no shortage of instantly quotable punchlines – take LGBTQ anthem Crayons: “His dick might be Tinder but he post it on Grindr.”

It doesn’t include a single guest spot, an intentional decision.

“A lot of artists nowadays put these features on their albums either because they can’t hold the weight of their own album, or they end up doing it and the features overlook them,” she says. “I wanted the fans to listen to no one’s story but my story.”

Unsurprisingly her more X-rated lyrics have drawn criticisms, but she’s not fazed by the detractors.

“People think ‘She raps about dick and pussy, that’s a bad thing.’ Even if they tell me it’s a bad thing, it will not register in my brain that it’s a bad thing, because I know we all have sex,” says Harris. “You just do it behind closed doors. I’m bold enough to say it.”

Although new to the industry, Harris is all-too-familiar with the challenges and discrimination certain artists face because of their skin colour or body type. She points to Azealia Banks (“Some of her actions in the past I didn’t agree with, but one thing I can’t take away from the girl is that she’s talented as fuck”) and fellow Chicagoan Tink as examples of rappers whose work deserves a “big-ass spotlight” but is frequently overlooked due to colourism or sexism.

While she’s been playing to some of her biggest crowds yet on her current tour, the self-described loner keeps a small circle around her, and remains wary of signing to a major label.

“I’ve been approached by every label you can name and turned down every deal so far,” she says. “People think that a label is going to get you to the top, and of course they’re going to get you to the top. That’s what they’re good for. They’re giving you this money but you have to pay all that back. I’m making a lot of money [now], [so] it’s not the way to go right now.”

She’s tight-lipped about future plans, mentioning she wants to stay focused on writing, whether it’s her own music or scene-stealing guest verses like those on British pop star Charli XCX’s Lipgloss and I Got It. She also hopes to get her driver’s licence (neither her mother or two older brothers have theirs), which speaks further to her independence.

“I want to stay cupcakKe, but I still want to change a couple things,” she offers vaguely. “I want to be the voice.”

Whatever she means, one thing’s for certain – it’ll be on her own terms.