Before its final festival, musicians lament the end of a vital venue 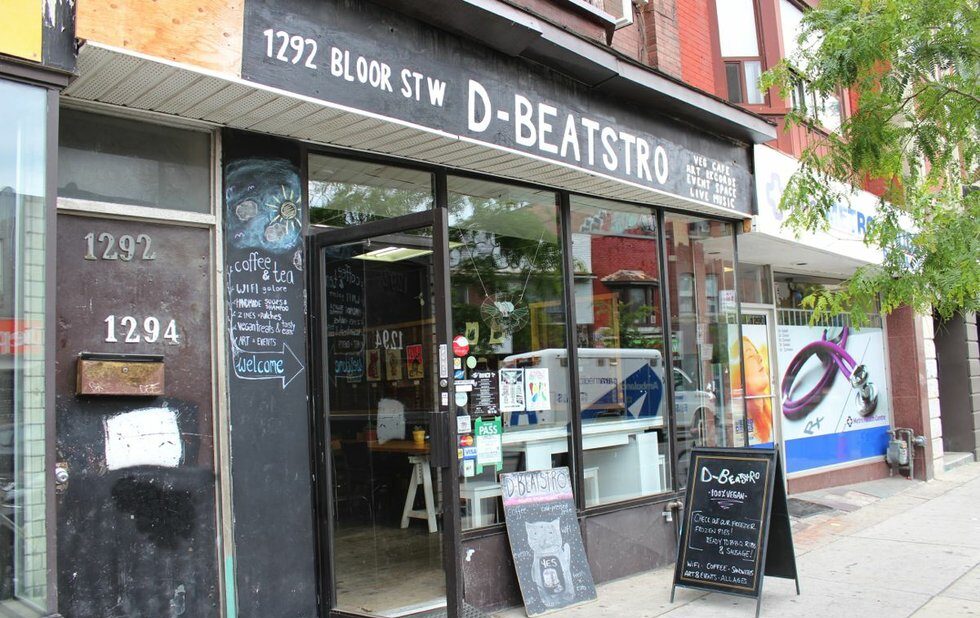 Last month we reported that vegan cafe and punk venue D-Beatstro would be closing its doors. They’d filed a building permit, co-owner Jess Montebello said at the time, which would have put the business owners on the hook for the past 42 years of changes made to the space without a permit.

Though she seemed frustrated about having to close the space, there was a sense of pride in being able to “go out on our own terms,” she said. “Have a big party, celebrate and move forward in a good position.”

That big party, D-Beatstro Forever Fest, happens this weekend, drawing international acts and a strong contingent of local support. It’s going out the way it operated for its three years: as an incubator space, not just for punk bands but burgeoning promoters, too. It was a community hub for people living in the Bloor and Lansdowne area, while also a node in a much larger network of bands coming to Toronto from around the world.

NOW reached out to members of the punk and metal community, some of whom will be performing at Forever Fest, to get their thoughts on what the space has meant to them.

I’ve been going to shows there since it first opened. I played a show with a really cool band, Izzy True, and I never would have gotten the opportunity to do that elsewhere. A lot of my friends came out and it was really special. It feels really great to be in a space like that. Not only the curators but the artists they brought made a really big effort always for it to feel as welcoming and accessible as possible.

We met a lot of great people there. We’re definitely sad to see it go. A positive thing to come out of it is that our new business, a vegan grocery storefront in Hamilton called Coven, is taking a lot of their old equipment. We don’t want them to close but the fact that their stuff is now going to help get our business running is a silver lining.

I lived with Jess [Montebello] when I first moved out of my parents’ house and she hooked me up with a barista job when I really needed the experience.

A punk café is really nice as a home base for touring bands. During Not Dead Yet, I had Radiation Risks stay over. There are a couple of vegans in that band and they were playing a show at D-Beatstro, too, so for a touring band that might not have a lot of money, it was nice to accommodate them with a low-budget option that could both feed them and be a place for them to hang out at until they played. I was really grateful that D-Beatstro could serve that need. It really takes the stress of organization off the band’s shoulders.

The Divide and Dissolve show [which I booked with the collective Babely Shades on April 23, 2017] was so much fun to put on. We had this space to put on a really heavy show, even though we didn’t necessarily know all of the logistics associated with putting on a super, super loud show with, like, 10 amps.

D-Beatstro’s always been completely open and willing to teach people how to put together a show. They’ve been an incredible resource for people who might not have all of the audio mixing skills or experience in other ways. But if you have a great idea, they’re more than willing to find ways to make it work.

I’ve lived in the neighbourhood for about six or seven years, and I remember when it opened. At first I just went for food – they do a really good brunch. Then I started hearing about all the community-oriented events: maker markets, gallery openings, TV show marathons. They were very geared to making it a space where people could see themselves participating.

I saw [power pop songwriter] Jeff Rosenstock there. It was a last-minute all-ages solo show thrown together a day in advance that sold out super-quickly. It was packed to the rafters and full of teens. I always forget how many feelings teenagers have. It’s great to be reminded of what it’s like when a band means so much to you and you’re so overwhelmed by it. It’s nice to share in that energy.