D-Sisive returns to music after struggle with depression and addiction

After a four-year break, the Toronto rapper appears in the new series Cypher, performing a new song about his mental health journey. Next, he wants to de-stigmatize asking for help. 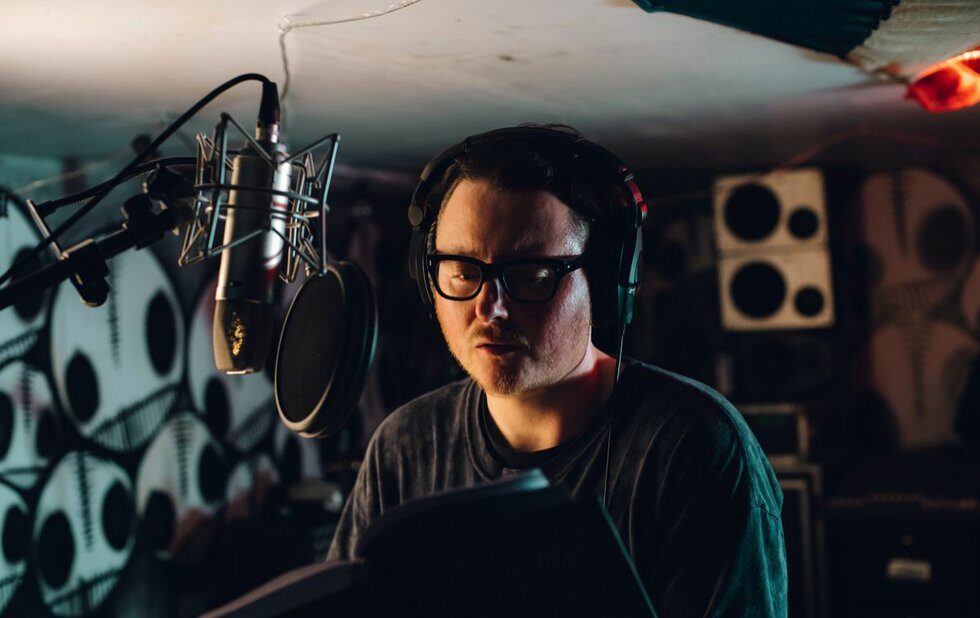 “I think people underestimate how powerful just a conversation is,” says Derek Christoff, aka D-Sisive.

After a four-year hiatus during which he dealt with depression and addiction, Toronto rapper Derek Christoff, aka D-Sisive, is back in the studio putting his mental health journey down in the rhymes.

“Another night spent alone in my head,” raps Christoff on his new track Tell Me with Asante Haughton. The song’s development is covered in the new documentary web series Cypher, supported by the Telus Fund’s Stories For Caregivers stream.

The series explores collaborative approaches to treating mental health through music, and follows caregiver and rapper Haughton as he works through issues with other artists and lays them down on tracks.

“[Co-director] Ken Galloway and the documentary came into my life when I was finally taking the step of climbing out of the shitty basement I was trapped in,” says Christoff. Recording Tell Me also got him back into full album mode. “I got the bug again.”

Christoff’s recent experience with depression was not his first. He was an underground battle rapper before losing his mom to cancer in the late 90s and then watching his dad struggle with depression and alcoholism. His father eventually passed away from sclerosis of the liver.

“That’s when I hit my first wall,” Christoff remembers. “I had always had him. I didn’t have a support system at the time. I succumbed to major depression and drug issues and lost control of everything. Eventually, I pulled myself together, shed myself of the battle rap image and started writing autobiographical songs.”

The results were Kneecaps and Brian Wilson, both featured on his 2008 EP, The Book, which put him on the map.

Christoff dealt with depression again about four years ago, after he and his wife, Melanie, welcomed their daughter into the world. He had been laid off from a job he thought he would have forever and that kicked off setbacks that affected him and his marriage.

“I was just a fucking mess,” Christoff remembers. “The depression got the best me. I was stuck in this mind frame, thinking the entire world was against me. It was a fucking bad scene.”

He ended up separated from his family. Things got even worse when he crashed at a friend’s house, and woke up the next morning to find that his friend had died from an overdose.

“I hit a wall, losing him over such a ridiculous thing and seeing the way the paramedics treated him like ‘just another dead junkie.’”

Christoff pulled himself out with support and therapy. He recognizes that a mistake he’d made after the first experience with depression was thinking he was in the clear and discontinuing his sessions with his doctor. He’s currently reunited with his family, expecting twins, working a great job and making music, but he’s also sticking with therapy.

He’s also using his music and other efforts to raise awareness and de-stigmatize conversations about mental health and seeking help. He’s building the organization 4000 Halos, named for the number of Canadians who died from opioid overdoses in 2017. Christoff hopes the organization and the song he’s writing to launch it will counter stigma around addicts and increase awareness about drug recovery centres.

“I think people underestimate how powerful just a conversation is,” says Christoff. “It’s important to have a support system out there. Even if we’re talking about the addiction side of things, I’m sure a lot of people don’t seek help because they’re afraid of how they’re going to be judged and treated.

“It’s important for everyone to feel comfortable voicing their problems, because [otherwise] they’re just going to live in fear and feel trapped in that illness. That’s how it is. You feel trapped. When I was at my worst, nothing felt possible. I don’t know how my life would have turned out had I never sought help.

“I’m grateful I was given a second chance.”