Independent soul: Daniel Caesar is staying DIY… with a little help from his friends

“As soon as you sign, you give over your ideas, your potential, to somebody else," says the 22-year-old singer/songwriter. "You’re no longer the big boss.” 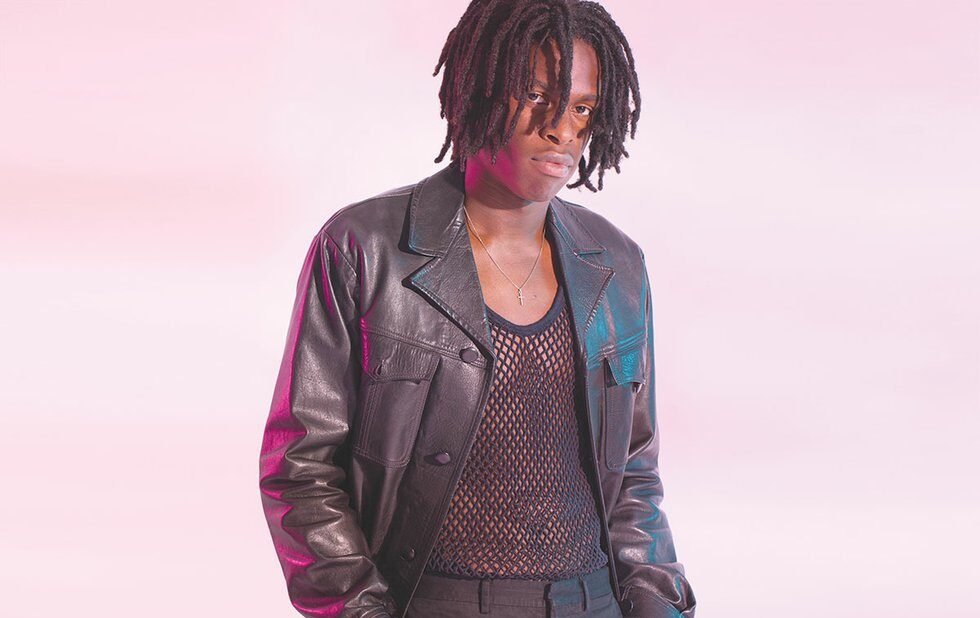 There are a lot of things that are part of the music business that I’m very bad at,” says Daniel Caesar. “Organization, being on time – the stuff you need in order to function in the regular world.”

It’s a sunny August afternoon and the Toronto singer/songwriter is on home turf between festival performances at WayHome and Osheaga. The previous weekend, fans packed the shady, tree-lined WayAway stage at WayHome, loudly singing along to his laid-back summer single We Find Love, which had come out less than two months earlier.

His schedule is anything but laid-back. Besides the festival appearances, he also recently played a free outdoor show in Toronto and made a guest appearance at his friend Sean Leon’s Mod Club concert. But for the moment, his slight frame is slouched on a sectional in an east end workspace while his manager, Jordan Evans, sits in a nearby chair working on a laptop with one ear on our interview.

Evans, who also co-produces Caesar’s music with Matthew Burnett, is part of a group of five managers and creatives who work with the 22-year-old. While many artists suck up all the air in a room, Caesar doesn’t hide the collective efforts marshalling behind his music. As he talks, he often cracks a bright, impish smile that is quick to spread to a big grin. He uses the term “we” a lot – and not in the royal sense.

On August 25, he will independently release his debut album, Freudian, on his Golden Child label. Most of the other big Toronto R&B and hip-hop musicians generating buzz south of the border eventually signed major-label deals, but he’s going the DIY route.

Evans and Burnett financed Caesar’s first music video and are invested in his success. They spent eight months working on Freudian, all the while rebuffing label reps’ attempts at name-dropping their way into a deal.

“At this point, signing to a label – we’ve discussed it – would be a bad business decision. Being from Canada, we’re in a unique position to fund the music and then, because we own the masters, reinvest the profits,” he explains. “I live still very modestly and I spend a lot of time living at my managers’ houses. We all believed in it, but I’ve had a lot of help.”

Caesar (born Ashton Simmonds) started generating buzz three years ago with an EP of gospel-infused soul, Praise Break. Another EP, Pilgrim’s Paradise, followed a year later, and then a sold-out headlining debut at the Mod Club in spring 2016.

His brand of soul has an analog classicism to it, emphasizing daydreamy, Sunday-morning intimacy. Atmospheric touches and subtle effects give his punchy pop songwriting a deceptive languidness and showcase his warm, assured falsetto, which imparts a mix of easy confidence and vulnerability.

Even on his break-up songs, you might hear bitterness but also an openness and deference that suggest that he feels that all experiences – however fraught – are valuable.

Blessed offers a more succinct mantra: “Yes, I’m a mess but I’m blessed to be stuck with you.”

“Head in the clouds” is how he frequently describes himself. At times, Caesar seems to be reaching for the right words and occasionally defers to Evans for the names of industry players.

“Although the album is very much about love, I wanted it to not just be about that,” he explains. “I’d like to, as time goes on, write about more complex things.”

The feminine energy coursing through the album was not by design, but it is appropriate. Whereas so much contemporary R&B is streaked with misanthropy and cruelty, Freudian isn’t about flaunting masculinity.

“Female energy is very comforting and beautiful,” he says. “I wanted the whole thing to feel like a conversation. I’m creating the woman who I’m talking to in my mind.”

Not all those conversations were imaginary. The collaboration with H.E.R. (whose identity remains unclear) on Best Part marked the first time he co-wrote his verses with another artist in a studio session for one of his own songs. He connected with the R&B singer through Tunji Balogun, one of the most influential A&R reps in Black American music, having signed Bryson Tiller, Goldlink, Khalid and Wizkid to RCA/Sony Music.

Though DIY, Caesar has been able to lean on major connections for advice and guidance. Chicago-based Chance the Rapper, who landed three Grammy Awards for his independently released, digital-only mixtape Coloring Book, is an obvious model.

So it comes as no surprise when asked how a recent Instagram photo-op with Chance at Def Jam Records co-founder Rick Rubin’s studio in Hawaii came about, Caesar says that Chance’s manager, Pat Corcoran, fostered the introduction.

“He has been a big help to us – mentoring us,” he says. “All the little ins and outs that you have to figure out when you don’t have a label, [Chance’s team] help us figure out. You have to be able to dance the line of being an artist and a businessman. They’re very opposing ways of being.”

Corcoran had played some of Caesar’s music for Rubin, who liked it and reached out with an offer to be of service. “So we went up to the house a couple of times, played the music we had, got feedback, got a couple of ideas and came back,” Caesar says, adding that Rubin’s minimalist ethos and lifestyle influenced Freudian.

“His whole way of being, down to the simplicity of his house, there’s no excess. And that’s how he approaches records, how he approaches life. Whatever is necessary, have it in there and get rid of everything else. There doesn’t need to be any flair.” 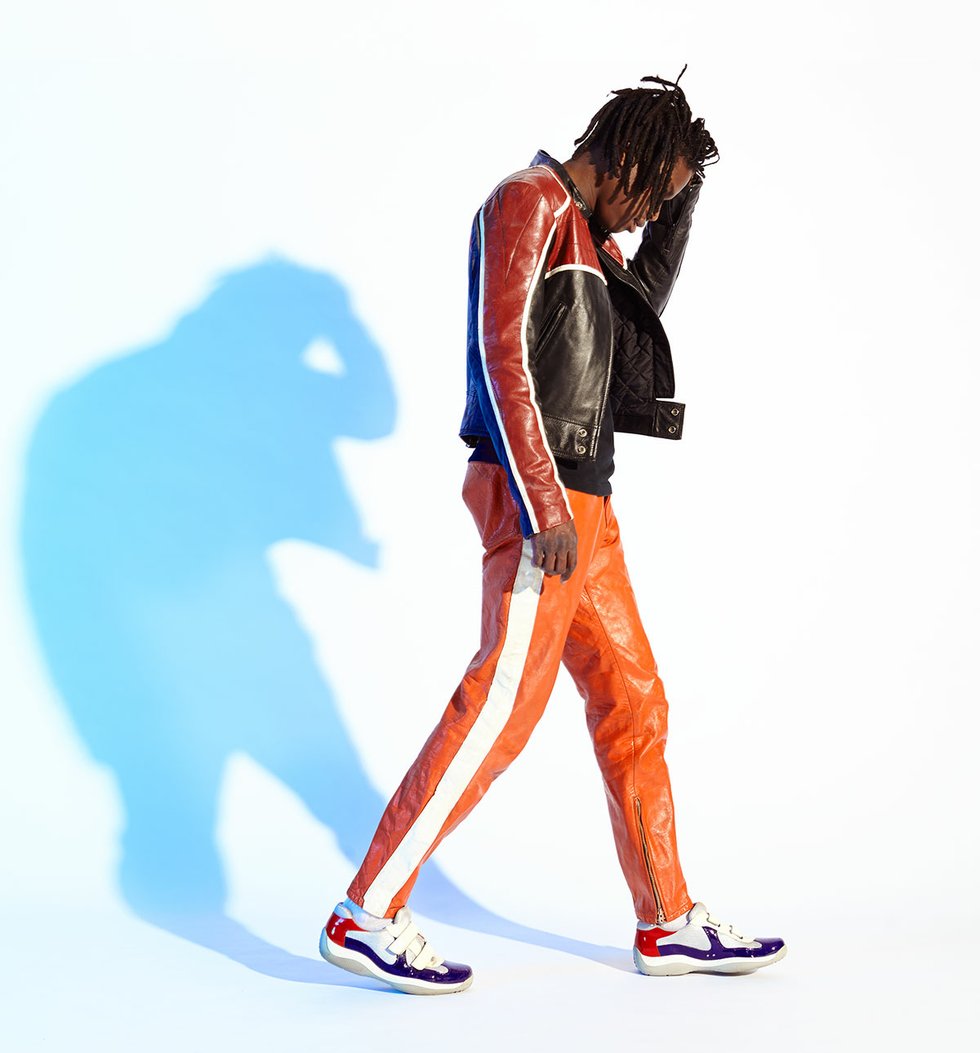 Caesar might be indie, but his music premieres through outlets like Billboard and Apple Music. He attended the BET Awards earlier this year as an International Viewers Choice nominee, and he co-wrote the Kaytranada-produced song Telling The Truth for Mary J. Blige’s Strength Of A Woman album.

It was his first studio session for another artist. Mostly he watched as the vocal powerhouse did her thing in the booth, opting not to give her any direction. But, as with Rubin, he managed to pick up a few pointers.

“Mary told me the weirdest shit I ever heard,” he recalls. “She said to get a pot of hot water and put gummy bears in it and melt it down and drink it. Apparently that’s good for your throat.

“She eats licorice in the studio, too. I was like, ‘How can that possibly be good for you?’ But I did try it.”

Blige has had an inescapable influence on R&B, but she was not a voice he grew up listening to.

The son of Caribbean parents who only listened to gospel, Caesar grew up in suburban Oshawa, in a strict Seventh-day Adventist household. He attended a private Christian school and “was the only Black kid 80 per cent of the time.”

“No one around me was playing D’Angelo, Usher or Missy Elliott,” he says. “It made my tastes more eclectic.”

Though he and his three siblings grew up singing in churches throughout the GTA, his parents were wary not only of secular music, but of the music industry due to his musician father’s bad experience cutting a radio single and getting paid a pittance for it as a teenager in Jamaica.

Although Caesar forged ahead with a music career, his parents’ warning that the music industry is “a terrible thing to be involved with” is reflected in his reservations about major label execs, which he expresses throughout the interview.

“Why would I want to give my baby, my creation, this thing I made over to [a label] when we don’t have the same values?” he says. “As soon as you sign, you give over your ideas, your potential, to somebody else to do how they see fit. You’re no longer the big boss.”

What he didn’t inherit from his parents was his appreciation for R&B’s mix of holy harmonies and unholy subject matter.

But Caesar’s religious and gospel background are clearly heard in Freudian’s vocal harmonies and in his earlier music, which has made his upbringing a focal point in interviews.

When the topic arises, he shrugs wearily. “It’s just not my thing. It depends on the day you catch me.I might have something more intense to say. I think every religion is founded with good intentions, but with any good thing, there’s a negative use for it.”

He didn’t turn toward R&B until early 2015 when he moved downtown, crashing on couches or on benches in Trinity Bellwoods Park if a friend’s place was locked. Leon had introduced him to Evans and Burnett, then a rising production duo from Pickering who were being mentored by Drake producer Boi-1da.

The pair – who led production on Freudian and have worked on tracks for Drake, Lil Wayne and Nicki Minaj – schooled him on 90s R&B acts like Jodeci and D’Angelo.

“I was hearing it all for the first time and it was like being on acid,” Caesar says, widening his eyes. “It was like, what is all this incredible music?”

Freudian is his most polished and beautiful effort to date, a huge step forward in the search for his own voice among his myriad influences.

The title was inspired by Adam Curtis’s documentary series The Century Of Self, about psychoanalyst Sigmund Freud and his nephew, public relations pioneer Edward Bernays. The album is about love, and a snapshot of a particular time in his life, but he prefers to leave the title open to interpretation.

“There was a lot of self-doubt, second-guessing and betrayal,” Caesar says. “Most artists I know swing between supreme confidence and supreme insecurity – I’m the worst for that.I tried to capture that [tension] as best I could.” 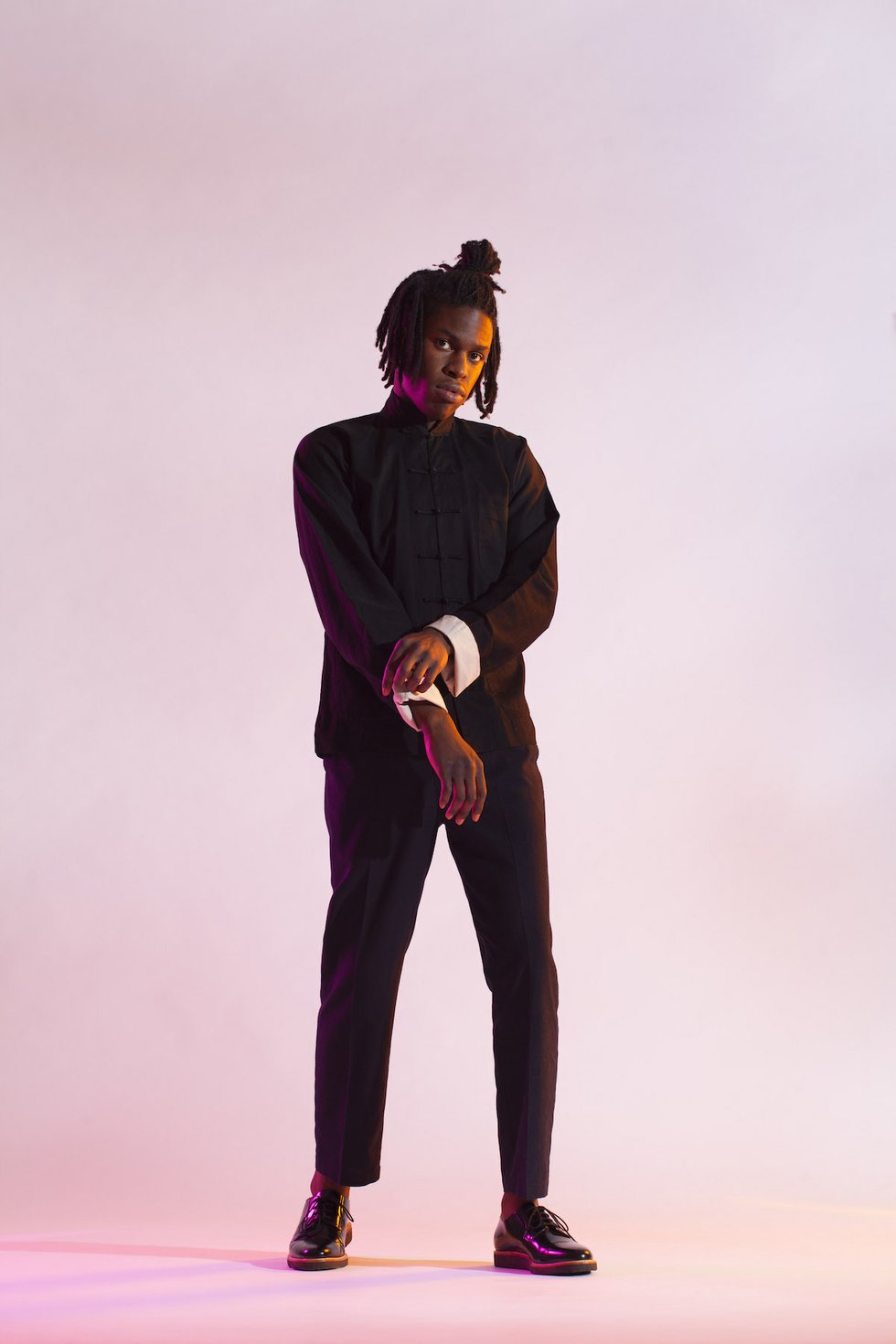