Ahead of her industry talk at Canadian Music Week, we spoke to the music executive, producer and host about her new memoir, CBC, Drake – and MuchMusic, of course 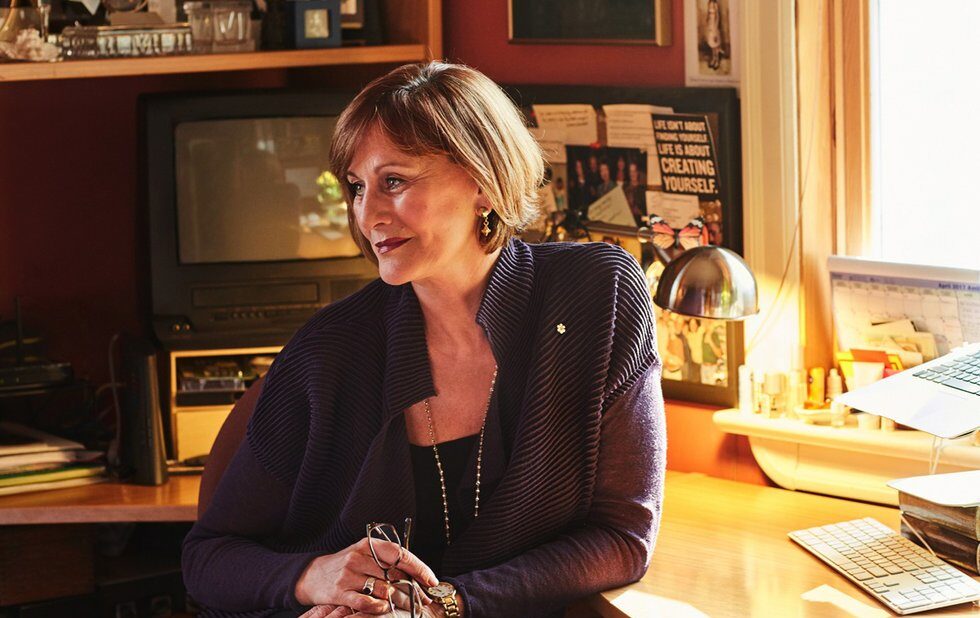 The music industry is full of people who started out as scrappy upstarts and wound up in positions of power.

Denise Donlon is one such character. A music fan who started as a music booker for the university circuit, she toured with Whitesnake opening act Headpins as their road manager, landed a gig hosting MuchMusic news show RockFlash and then the influential music and culture show The New Music.

It was 1985, and Toronto’s rock, reggae and Queen West music scenes were flourishing. It was a “politically charged” time, as Donlon writes in her recently published memoir, Fearless As Possible (Under the Circumstances), and her reporting often covered the ways music intersected with issues like AIDS, activism and censorship.

In 1992, she became the music station’s director of programming and presided over the channel’s 90s heyday. She recounts controversies that now seem quaint – uproars over the latest too-hot Madonna video – and others that still resonate, like the backlash against her decision to include a Much float in Toronto’s Pride Parade, and MuchMusic’s decision to broadcast rapper Devon’s Mr. Metro video about police violence.

Though it’s short on juicy tell-all ­celebrity anecdotes, Donlon’s book becomes a chronicle of music’s shifting place in Canadian culture as she describes her four years as president of Leonard Cohen and Celine Dion’s label, Sony Music Canada, and then as director of programming at CBC Radio. Ahead of her tales-from-the-trenches industry talk at Canadian Music Week, we spoke to Donlon about the book and the current music landscape.

Why did you open the book with a story about facing down angry protesters over CBC job cuts you were making?

The title is Fearless As Possible (Under The Circumstances), and it’s a memoir. I actually wrote 1,200 pages, and origi­nally it was a lot of name-dropping ­celebrity stories. But it started to become more thematic, about feminism and leadership and surviving in male-dominated industries. I needed to start with something more recent that encapsulated a moment when I had to stand up on my hind legs and be fearless even though I didn’t feel it. It was about facing my fear. It was about standing on principle for what you believe in even though it’s scary.

Was feminism top of mind early on in your career?

Yes. When I started writing the book, I wrote for three months about feminism and what it meant. It was a bit of a polemic, and [it all got cut]. We’ve still got a couple of generations to go before gender equality can even be approached. Those themes started to filter throughout the book almost naturally.

Do you think MuchMusic could be revived and become as central to the culture as it was in the past?

It’s a shadow of its former self, that’s for sure. Many people of my generation considered it a trusted navigator in our musical and cultural lives. It was the first time the whole country had experienced the same music at the same time. Now that people can get music when they want in whatever distribution network they want, I’m not sure a MuchMusic could be reima­gined as it was. There are so many other opportunities to access music. That makes it difficult to recapture the spirit of what that channel was. That said, the spirit of innovation, mischievousness and camaraderie certainly could be captured in another form, and I would welcome that.

If you were producing a music segment on a pop culture show today, what would you focus on?

I would, as we did then, let the artists lead those topics. What I miss about The New Music and MuchMusic is the opportunity to do hour-long specials about censorship, gender issues, violence and racism. What we need now is a great protest song. There’s a lot in this world that needs to be examined. The 80s were a great time of artist activism, and artists are an important voice in our democracy. I wish there were a forum for them to talk about more than what they’re wearing on the red carpet.

You write that Canadian artists often sign directly with U.S. labels, and Ca­nadian labels essentially become their distributors. Should we care if that money stays in Canada?

I absolutely think we should keep more of the money here. You can reach the world from Canada now. It’s not like we lack expertise. We have world-class managers, studios and producers. You can live wherever you want, but being proud of Canada, being Cana­dian and reinvesting in the creative cultural industries here in Canada is really impor­tant to who we are, especially in a globalized world. Why shouldn’t we keep the money and reinvest in artists here at home?

Drake is one of those acts who signed in the U.S. What can we learn from his success?

Drake is a very strong, emblematic warrior for where he grew up. There was a time in this great land when artists didn’t mention Canadian place names. While I was at MuchMusic, artists wouldn’t put a Canadian place name in a song because they were afraid it would hurt their chances for success in America. When I look at Blue Rodeo, the Tragically Hip with Bobcay­geon, and Drake, I applaud those artists. You have to be authentic about where you’re from and what you write about in order to be an enduring artist. 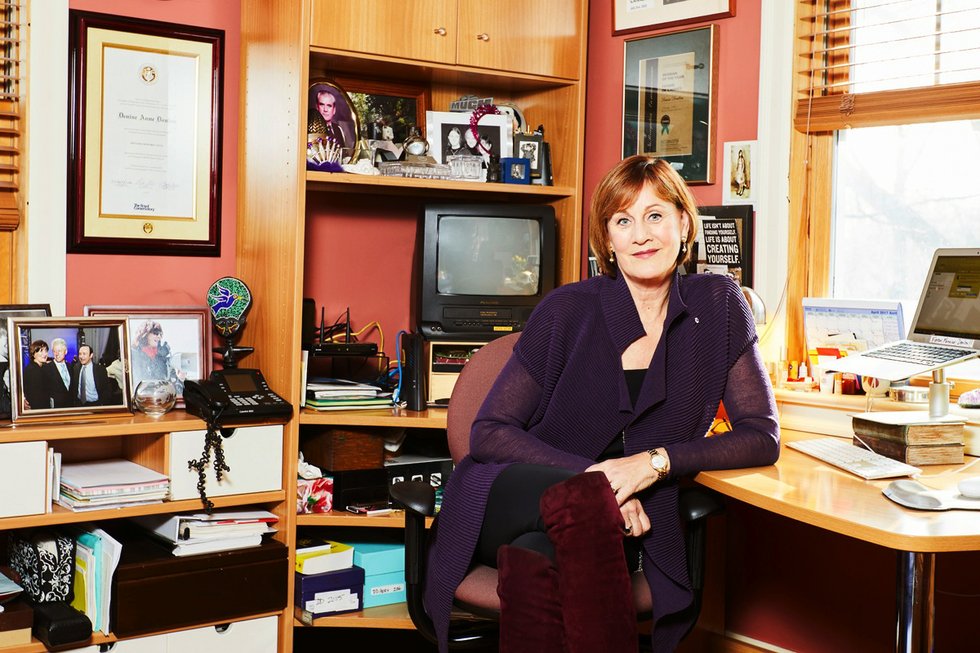 How do you think Q has fared post-Jian Ghomeshi? There’s a perception that it’s lost its watercooler cachet.

It’s rebuilding with Tom Power. He’s doing a very good job. They’ve obviously given it a more musical bent, and in some ways that’s because the host is very music-focused. In terms of the direction of the show, I would hope it would still prioritize Canadian culture, and by that I mean books, music, visual artists, dance, authors and all of it. The job of the public broadcaster is to celebrate all that is Canadian in a global context.

What do you think of Jian Ghomeshi’s new podcast?

Well, I listened to it for a couple of minutes and didn’t finish it. I couldn’t bear it, to be honest.

Do you think the CBC has recovered its image after the Ghomeshi scandal?

I think so. You must continue to put one foot forward all the time. That was one incident that did not embody the entire public broadcaster. One show, one host, one terrible situation. It was a struggle for everybody involved (that may be the biggest understatement), but at the end of the day the public broadcaster is there to serve the interests of Canadians, and it must move forward.When I think about the CBC and other outlets, my concern for great journalism from trusted voices is paramount. It’s a disruptive time for everybody, and given what’s going on in the world today, particularly in America, our need for information from a trusted voice is greater than ever.

Is that a cause you want to get behind in terms of new ventures?

I don’t know about new ventures, but we have to ensure we’re supporting with our wallets those sources that we trust. We need to subscribe, we need to pay for them, and that goes not only for news sources but also for music and culture sources.

How do you see the way artists are compensated affecting the music scene?

A stat I use in the book is that in 2006 there were 28,000 active artist/entrepreneurs in Canada, and 10 years later that number is down 50 per cent. Independent artists were reporting in 2011 that they earned an average of just $7,000 a year. In order to create great art, you have to do it full-time. I wonder how many future Drakes, Bryan Adamses and Diana Kralls we’ll never hear if they can’t do it full-time. They’ve got to put in time to realize their full potential, and it’s very difficult to make a living these days.

Do you have an urge to return to the music industry?

Now that the book has been out a couple of months, I’m starting to think about what the next adventure will be. I’m going into it open-hearted. I still have a lot of energy, but we’ll see.