NOW MagazineMusicFeaturesDiamanda Galas plays Toronto for the first time since 1996

Diamanda Galas plays Toronto for the first time since 1996 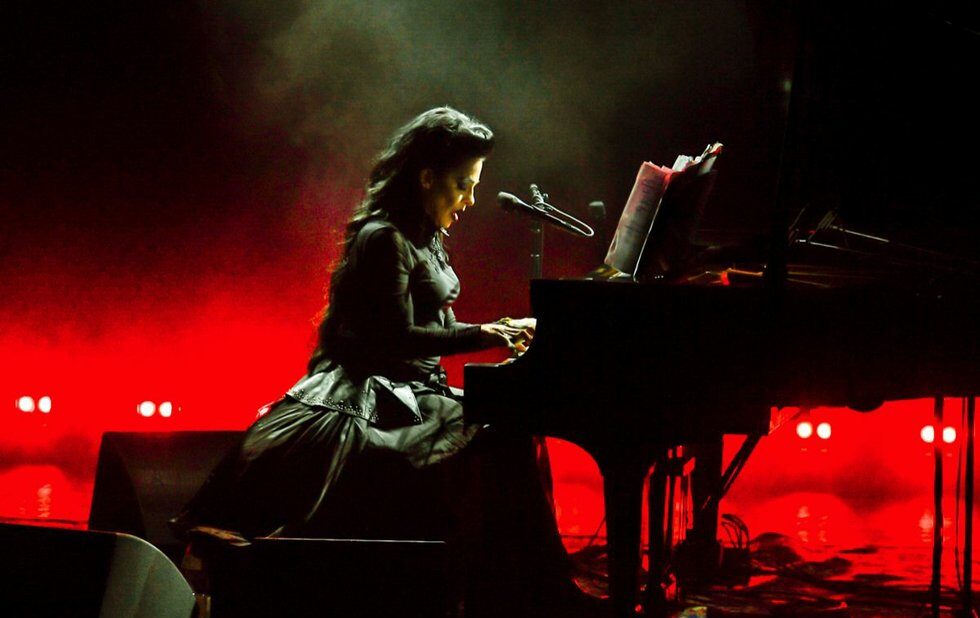 Things you can expect when Diamanda Galas performs in Toronto for the first time since 1996: piano, vocals, rage, grief.

Things you shouldnt expect: much material from the two albums she released earlier this year. Even though her new records the jazz, blues and folk standards disc All The Way and the live album At Saint Thomas The Apostle Harlem are her first in almost a decade, the singer is hardly on a traditional promo jaunt.

As she explains from her home in New York City, Im not that kind of artist.

The kind of artist Galas is, frankly, is inimitable. Those who were around arthouse and experimental music of the 80s and 90s will no doubt remember her its hard to forget someone who burst on the scene with an album called The Litanies Of Satan, who performed a naked Plague Mass for AIDS in Catholic churches, whose most mainstream hit had a video in which shes covered in blood and brandishes a gun and knuckles tattooed with We are all HIV+.

The curious can easily get up to speed in the YouTube rabbit hole, where in one vintage interview youll find Galas telling CBC reporter Karen Gordon, If Im singing the way Im supposed to be singing, its not me there any more.

Galass vocal style is often described as a primal scream. Shes a classically trained, multi-octave soprano whose improvisations can swing from subterranean blues to piercing shrieks. Ive seen it live and dare say shes more than a singer shes a portal. When her mouth opens its like that scene from Poltergeist a place where the living meets the dead. It was no shock when Francis Ford Coppola tapped her to contribute vocal effects to Dracula, and not a huge surprise to learn a key early influence was a 1950s vampire flick.

My parents took me to a drive-in to see Blood For Dracula, she recalls. It was about a girl who was sent away to a girls school and gets in fight on the first day so is taken to the office. She meets this mysterious science teacher who tells her, There is no power in the universe greater than the power of your own mind. It was quite feminist actually. And she goes from a normal girl to kind of deranged, and when shes transforming, she starts making these sounds sounds that petrified me so much. Ill never forget it.

Galas speaks often of her late father, a gospel choir director who provided her introduction to classical music, New Orleans jazz and the classics of their Greek heritage. But he also forbade her to sing.

In the world hes from, they believe that a singer was a whore, she explains. You dont open your mouth. This made it impossible for me to sing at home. I used to wait until hed leave, and I was always very sensitive to the sound of his footsteps on the stairs. Im not trying to denigrate him. Im just saying that was the way it was. But the one thing he was really right about he said, make the piano your instrument. Because with the piano, youre learning the whole orchestra.

More and more, I think he was right. I like to do certain kinds of harmonies that might really fall within say, Strauss, and then juxtapose them with experimental vocal work. You can get very beautiful music there.

Galass most high-profile gig was teaming up with John Paul Jones of Led Zeppelin, on 1994s The Sporting Life, a collection of original songs. Since then, shes become best known for reinterpreting standards from across the musical spectrum. On this current tour shes been playing songs by Belgian chansonnier Jacques Brel, blues guitarist Ronnie Earl and country singer Johnny Paycheck, and traditional folk songs in English, Greek and Spanish. What ties them altogether are themes of isolation, fear, suffering and loss, her long-standing obsessions.

She points specifically to her covers of La Llorona and La Sandunga as clues to where shes going on her next album of originals.

I love those traditional Mexican songs, and I sing them because they are very much related to the murders going on in the border towns, with the cartels and the executions of young girls today. I do those songs in honour of them.

I ask Galas if, at age 62 and with her father passed away, singing still feels like a rebellious act.

It probably is. But I wouldnt say that it always is, she offers. Im not interested in doing every single song about rage. Thats only part of it. If you dont show human psychology, the pain and suffering and sadness, then youre not showing the whole picture.

Diamanda Galas This week in NOW