What Donna Grantis learned from playing with Prince

On her new solo album, the guitarist re-asserts her connection to Toronto – using lessons she learned from her late idol and collaborator 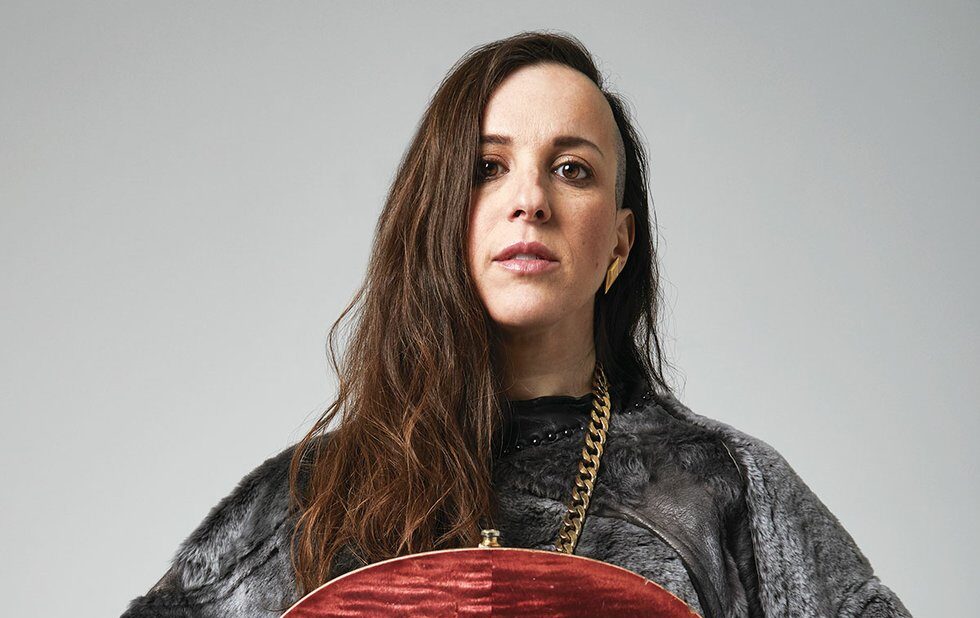 Jimi Hendrix’s Voodoo Child blares in the background of an east-end Toronto studio as a seven-months pregnant Donna Grantis poses with her guitar. She’s outfitted in pieces by Queen West clothing designers Call & Response for NOW’s photo shoot, a label she came to know through her collaborators Shakura S’Aida and Prince.

Mississauga-born Grantis played co-lead guitar in Prince’s 3RDEYEGIRL and the New Power Generation band, who backed him in the period before his death in 2016. On the road and in photos they were regularly outfitted by Call & Response’s Lori Marcuz and Cathy Robinson. Though Grantis is based in Minneapolis now, the clothes are one of the many ways she stays connected to her home city – she wears them on the cover of her latest album, Diamonds & Dynamite (out March 22 on eOne).

It’s in Toronto where Grantis learned the skills that would take her to Prince. After studying jazz performance at McGill, she moved back home and gigged in clubs like the Rex and the Orbit Room, getting introduced to the city’s network of session musicians by dropping into the Monday night jam sessions at Revival in 2007. Her six-string skills led to her backing many local musicians, including S’Aida, Saidah Baba Talibah (now known as SATE), Kardinal Offishall and Amanda Marshall. She also formed the Donna Grantis Electric Band in 2010.

“The music scene [in Toronto] is so diverse. I got to play with so many artists covering such a diverse range of music,” Grantis recalls. “To keep busy as a session player, it’s important to play a lot of different styles.”

Her comfort playing everything from rock, blues, R&B and jazz eventually drew the attention of Prince in 2012, who was looking to put together a new band. He was struck by her cover of Stratus by Billy Cobham, a song Prince also regularly covered.

“I got an email [from drummer Hannah Welton] saying, ‘Hey, would you like to jam with Prince and the band at Paisley Park?’ That was my number-one dream and it came true.”

Grantis dropped everything to join on as guitarist in his New Power Generation and 3RDEYEGIRL bands and would play on his final records, even turning her song Elektra into the title track of Prince’s first album with 3RDEYEGIRL, Plectrumelectrum, released in 2014.

Diamonds & Dynamite is Grantis’s first post-Prince album, and she describes it as a showcase of everything she’s learned over the past seven years. It’s also a way for her to honour Prince’s legacy and work ethic by continuing the momentum she built up in her career from playing with him.

“He was always very much about creating and moving forward, being as prolific as he was,” she remembers. “I wanted to keep moving forward.” 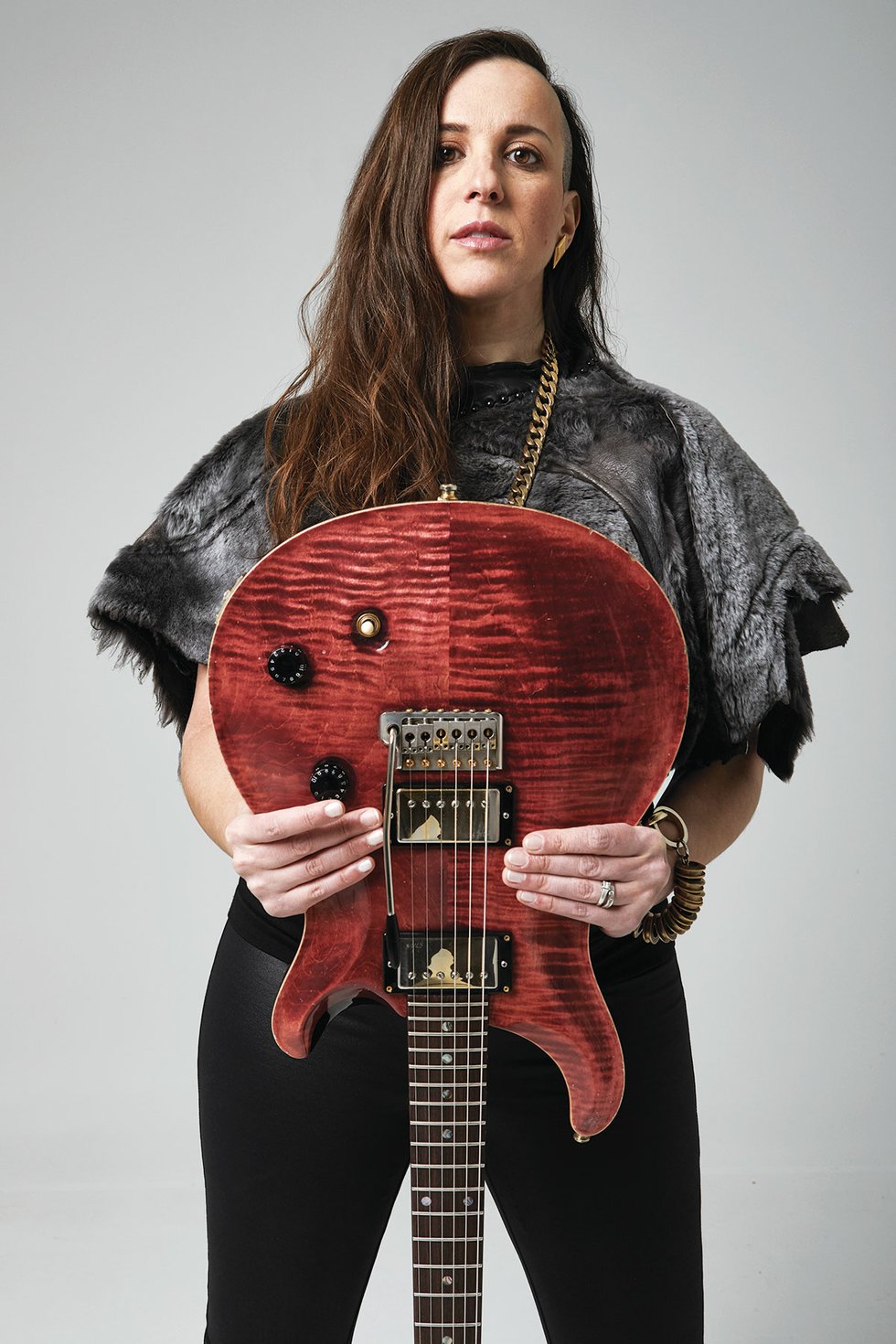 Prince taught her to think about every aspect of her music, from the songs to the art and photography, to forming her own band, to her stage presence and the fashion she wears, as part of the same expression.

“He made decisions about every creative element you could imagine, and considered all of those things very carefully to implement his artistic vision,” Grantis says. “All of those things amplify the vibe of the music in a way that makes the experience more unique.”

For the expansive jazz fusion on her new album, which is heavily inspired by Miles Davis’s electric period, Grantis opted to record live-off-the-floor, a technique she describes as helping add to the urgency of her band’s performances.

“The new music was heavily influenced by the 70s era of electric jazz,” she says. “I sent Call & Response a picture of Miles Davis in an alley wearing a brown trench coat and said, ‘This is what I want my music to sound like,’ and they completely understood, creating this gorgeous trench coat for me. I feel like it really creates a vibe.”

Being solely in control of so many different aspects of her music might sound exhausting, but Grantis has another word for it.

“It’s so much fun to think about how the music can be expressed. It’s liberating.”