NOW MagazineMusicFeaturesDrake vs. Pusha T makes me wonder if I’ve aged out of rap beefs

Drake vs. Pusha T makes me wonder if I’ve aged out of rap beefs

As addictive as a good roast can be, this time it's left me feeling very, very tired 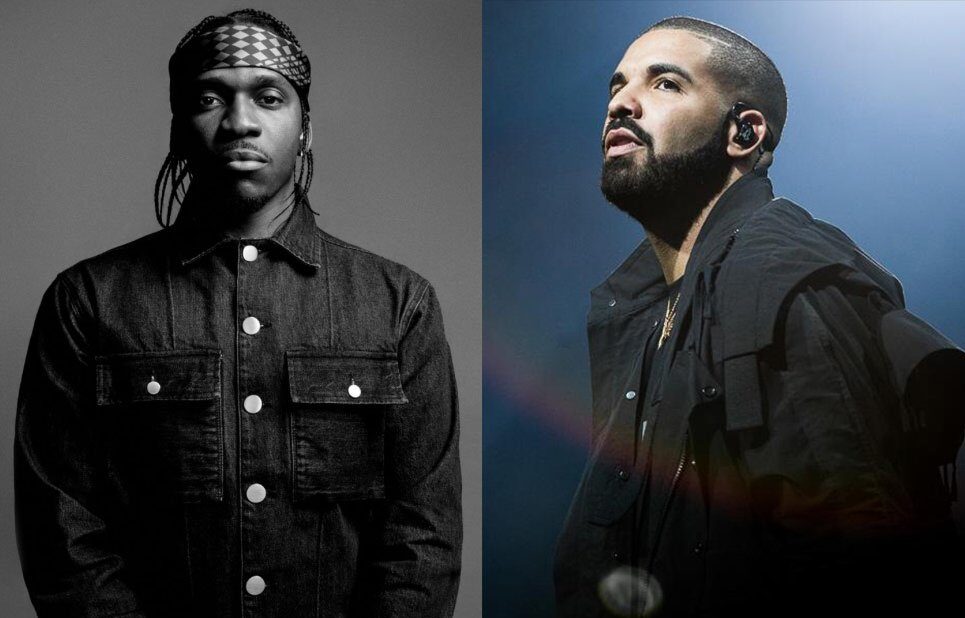 You know summer’s a-comin’ when the air crackles with the strained wifi signal of scores of internet users at schools, libraries and coffee shops trading opinions about rap beef – and this year, it’s all about Pusha T and Drake. A$AP Rocky just put out a well-received album, but that has been lost to history for the moment – the smell of beef is in the air and even vegan-conscious rap fans are sniffing it and salivating. Why? Because beef is often petty, personal and as addictive as Benadryl before bed – and although I have all the time in the world for it, it leaves me very, very tired. Have I aged out of roasts?

Pusha’s shots (mentioned in my Daytona review last week) resulted in an almost immediate response from Drake in his Duppy Freestyle. When that came out, it seemed to take people by surprise in terms of its quality – Drake sounded hungry, confident and unworried. Compared to Back To Back – a relatively tame attempt to deal with a rival, the now newly-free former Meek Mill – this was harsher. Where his Meek diss mostly buried him by virtue of being an actual ubiquitous single, Duppy felt like an attempt to disarm Pusha T’s image and dismiss him as a tough guy or competitor.

Which may have been what prompted the unsparing pointed attack of The Story of Adidon – Pusha T’s response that takes the “left condoms on your baby seats” line from Jay-Z’s beef with Nas as a jump-off in terms of disrespect. Which is maybe a bad place to start – this is the song that led to Jay-Z’s mother making him apologize. In fact, when beef escalates to ludicrous (and I don’t mean War With God) proportions, it’s often just depressing. Think about SpaceGhostPurrp’s A$AP crew skirmish that resulted in a song where Purrp claimed to be smoking their friend Yams ashes.

Adidon is a slow, personal and borderline kamikaze takedown of the world’s most famous singing MC. It begins with criticism of Drake being a product of divorce who constantly shows off his deadbeat dad, while his mother Sandi “keep comin’ in last place.” The song brings up Drake’s supposedly secret son with a softcore butt model, Young Money CEO Baby’s exploitation of Drake, and even takes shots at Noah “40” Shebib’s multiple sclerosis diagnosis, questioning how long Drake’s producer will live. Pusha T’s answer to that question seems to be ‘not much longer.’ The song’s art trudges up photos of Drake in blackface (taken by noted Toronto lensman David Leyes) as a means of criticizing the rapper’s potential identity issues.

When Hit ‘Em Up came out, teen me was amazed and amused at the harshness of Tupac’s insults – he similarly attacked Mobb Deep’s Prodigy sickle cell anemia, which eventually killed the legendary MC. But hey, that’s just how I thought rap went. It’s a war of words where you highlight every weakness and wish death upon all who oppose you. Rap is just Fortnite with hot beats. Or at least it used to be, right?

I know I’m getting old and sentimental because I went to high school with Shebib’s sister and my first response was ‘oh no, that guy has MS?’ And although I support the vicious ‘oh no you did not’ style of most rap beefs, I also support the oversensitivity of our times. When Patton Oswalt recently tweeted that Trump had ADHD, I was among the many sufferers of the disorder who felt personally slighted – and Roseanne Barr’s racist Valerie Jarrett tweet and subsequent series cancellation made sense to me and possibly even to Barr.

What’s ironic is if those same sentiments had been echoed in a rap song, I’d digest them a lot better. After all, it’s always been a tough and somewhat unpoliced genre that is meant to reflect not that which is ideal, but that which is real. It’s like looking at a full body mirror first thing in the morning. That said, if hip-hop was all beef it would be too much. It’s good to take stock, but maybe doing it everyday will just leave you feeling a little too worried.

And anyway, is hip-hop unpoliced beyond the will of the fans? It seems like the new generations of fans and are artists are open about depression, anxiety and insecurity in a healthier way than ever – Drake even caught blowback when he threw shade at Kid Cudi going to rehab.

And, despite the thrill of a diss that really wounds the soul, it’s starting to sting a little more than it used to. Maybe rap beef exists to remind us that we can feel.