As he prepares to launch his first book, the Toronto-based artist offers some advice for creatives doing many things to survive 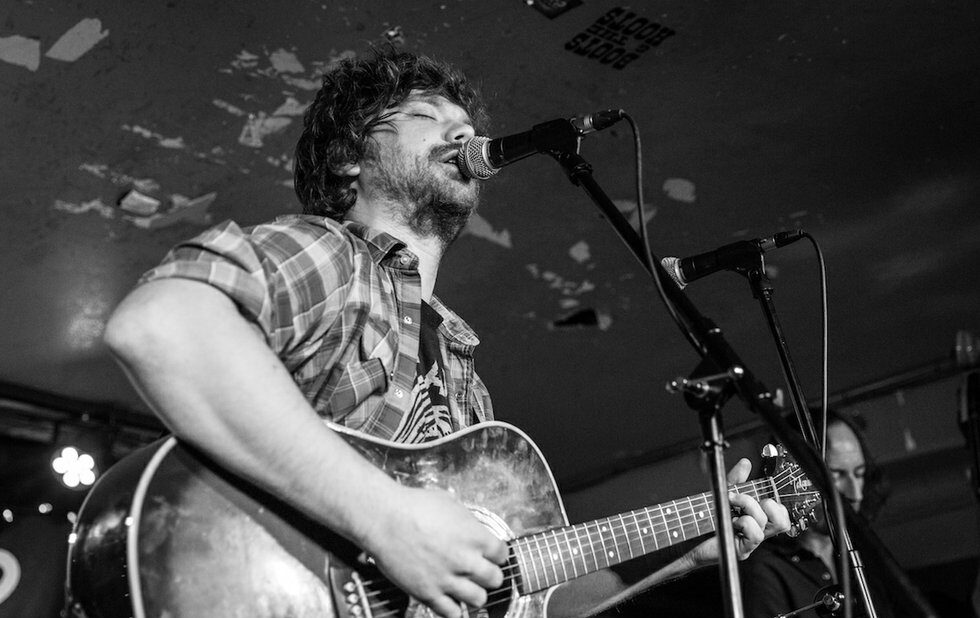 Few musicians can make music full-time these days, instead supplementing their incomes in myriad ways. Eamon McGrath might be the most extreme example of the multi-tasking artist.

The Toronto-based singer/songwriter is a newly minted author of Berlin-Warszawa Express (ECW Press), which attempts to answer the question “Should you suffer for your art?” within the context of a real-life tour through Europe. He’s about to tour it for three months across Canada and Europe.

He just finished producing an album for Joel Thomas Hynes, with Braden Sauder at Marquee Sound. This is in addition to touring, writing and recording his roof-raising brand of folky, punky indie rock. And playing in Julie Doiron’s Julie & the Wrong Guys.

Which makes him the perfect person to offer time-management tips for creatives doing many things to survive.

1. “It’s super-important to have a private space to work out of that you can retreat to if the distractions of a public space like a café, bar or library become counterproductive.”

McGrath works best at home, in the kitchen of his Christie/Dupont apartment, which he’s turned into an office.

“I start working almost immediately after getting out of bed and slamming a cup of coffee, and work until about 7 or 8 pm and then try to get the hell out of the house to clear my head.”

It’s important to his creative process to listen back to whatever he’s working on in a different frame of mind: “walking to a show, smoking a joint, having a pint, seeing how the music interacts cinematically with the city…. I treat booking tours and working for bands as more of an office-job type thing, where once that’s done for the day, it’s really done, and I clock out.”

2. “My main thing is making sure that if something needs to be done, I do it as close to that moment as possible. I try to have the motto ‘If I don’t do it now, it’ll never get done,’ and go into a project with that approach. Operate under the assumption that your deadline is tomorrow.”

3. “Don’t take on more than what you can effectively finish on your own. It’s hard at first to say no to things, but that’s the second-best answer you can give both to yourself and others. It allows you to focus on what you’ve already committed to and gives someone ample time to find another option. It’s worse to go back on something you’ve committed to and admit defeat to yourself and others because you’ve overstretched your workload.”

4. “Have a quota of tasks for the day that you don’t stop chipping away at until they’re totally finished, and stop working for the day once those tasks are done.”

For example, he’s realized that when it comes to booking shows in different time zones, it’s diminishing returns to send emails at a time when the recipient would be asleep.

“You have to be totally committed to calling it a day when it’s time to. It’s taken me ages to realize that, but it’s an important part of being productive.”

5. “Never consider yourself an expert or guru at anything and always be open to improving and learning.”

6. “For creative work, it’s imperative to have a notebook [on you at all times]. I never tour without one, not a chance. It goes wherever I do.

“It’s also critical to be constantly listening to new music to find some kind of new source for inspiration, so I try to never ride the subway without a pair of headphones.

“People laugh about the ongoing dependence of humans on technology, but it’s critical to have a iPhone, in my opinion…. You can do everything on it, from record melodies to book shows to edit your book. I wish it weren’t so clichéd to say that.”