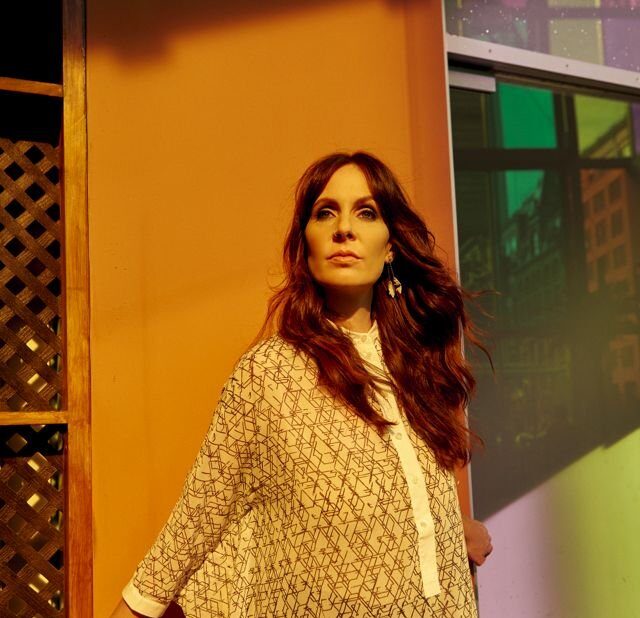 Elizabeth Shepherd was pondering the experience of belonging.

The Juno-nominated singer, pianist and composer hadnt made an album since 2014s acclaimed The Signal. Back home in Montreal, now raising her young family, she put music-making on hiatus, mulling over the idea of retiring from it all together. In the meantime, what had her attention was the city itself and those living around her.

Im from Montreal, but because of my accent and the fact that I also grew up all over Canada and France, people always asked, But where are you really from? explains Shepherd from her home. I was curious to find out if other Montrealers similarly questioned their [own] sense of belonging.

Using the citys historic architecture as signposts, Shepherd took to the streets to talk to strangers. I would seek out buildings, squares and streets that I love and ask people I met there about their relationship to that space. It was partly a way of celebrating the citys beauty while getting to know it, its citizens and some of its hidden stories.

Strangers became friends, and many were thrilled to share their anecdotes. It would unknowingly be the early stages of creating her new album, MONtreal.

As the stories piled up, the focus shifted entirely from my own quest and really came to rest on other peoples tales and what I learned about specific neighbourhoods and scenes within the city that I was unaware of.

The result is nearly a dozen stories, a list whittled down to the most compelling and set to music. Each [is] based on a place and people who introduced me to that place. Theyre all within relative proximity to each other, so you can literally walk the album in [50 minutes] real time.

For those outside of the city, videographer Stefan Verna and Shepherd made a corresponding visual album for fans to meet the people and places behind each tune.

MONtreal navigates stories and spaces and language. Some songs called for her to sing in French (Reine Du Monde), others English (The Terminal). Some, like Suits And Ties, felt effortless to write others, like Our Lady, more challenging.

[That song] draws upon a couple of different stories of women escaping violent situations. As a woman and mother of two daughters, that reality is particularly harrowing.

Opening track Tiotia:Ke (the Kanienkeha:ka name for the city) acknowledges Montreals Indigenous roots. Suits And Ties addresses Montreals Stonewall in 1977, which occurred after a raid that saw 149 men arrested at gay bars Truxx and Le Mystique. The songs inspiration, Steven Wells, tells his story on the track. On each song Shepherd tried to stay alert to the fine line between sharing and co-opting.

I tried to be mindful of not telling someone elses story thats not my own and not mine to tell, she says. The songs are more reflections on what I learned in speaking with people.

An example is heard on The Good Lords Work, which chronicles Erene Anthony from Little Burgundy, a historically Anglo-African-Canadian Montreal neighbourhood. Anthony and a community of elders quietly served and nurtured their neighbours through triumphs and tragedies while working at the Union United Church and now destroyed N.C.C. (Negro Community Centre).

She talked about the women of the church who spent hours cooking and making sure everyone was fed during times of crisis, and when the church mobilized and spoke out against police brutality following the shooting in the back of unarmed African-Canadian teenager Anthony Griffin back in 1987. I didnt know about this and was horrified both by the events and my own ignorance. Its an integral part of the history of our city, and part of changing the way things play out in the future so history doesnt repeat [itself]. I felt compelled to share that.

Ultimately, what I found was that I had to check in with everyone who was involved in creating this album and make sure they felt okay about the result. I made mistakes along the way I got dates wrong, facts mixed up and was set straight. It was a learning process. It still is.

Now set to debut the album and its accompanying multimedia (including a book about the project and vinyl) at the Music Gallery, Shepherd believes that its lessons reach beyond Montreal. Like in Toronto, where we are also contending via politics, policing, media and education with questions of whose lives and experiences are valued and whose are relegated to the sidelines.

Its a bit of a call to take note of whose stories we hear the most, to question whether there are other stories out there that maybe arent heard, an alternate history to the city. And to be curious about and seek out those stories.