NOW MagazineMusicFeaturesFeist gets raw on Pleasure

Feist gets raw on Pleasure

“Life can leave you with some scar tissue that the rest of you grows around," the 41-year-old singer/songwriter says. "You can end up reacting or adapting around it.” 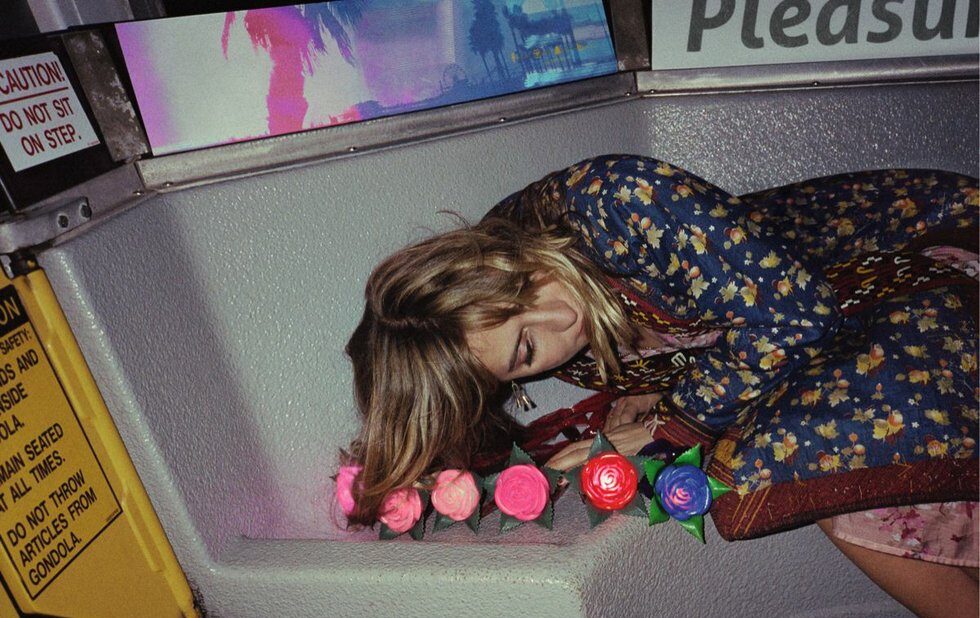 The plan had been to walk through High Park. See the blooming crocuses. Visit the baby capybaras. But the rain is coming down hard, so Leslie Feist and I stay inside, drinking coffee and trying to figure out the meaning of “chimera” and “panopticism.”

I’m happy about meeting her for the first time, and she’s happy I’m a woman.

“I’m finding there’s more understanding of the record from women,” she says, emanating warmth and openness. “Men want to talk about the recording process more than the content. I appreciate that because it’s part of what I’m focused on.

“But at the end of the day, I’ve been really enjoying [talking to] women – maybe a-little-deeper-into-their-lives women. There’s a conversation to be had there. I know I’m not the only one who’s kind of reeling.”

About… the state of the world?

“State of the world. State of life. Watching your decisions play out. Watching patterns repeating.”

I put aside my prepared questions, and we stumble into an almost stream-of-consciousness conversation about relationships, philosophy and aging.

The 41-year-old noted singer/songwriter and sometimes hit-maker tells me about a time in her early 30s when she went to “one of those adult dinners” with authors, architects and GG Award winners at Michael Ondaatje’s house and how his friend David Young (a Canadian playwright who’s since become her friend) turned his chair away from her when he found out her age, and toward a group of older people.

“I loved that. It showed me that there’s value [in getting older]. I feel like that in France, too. There’s a different currency. All these women are the grande dames: the Birkins, Juliette Binoche, Catherine Deneuve, Juliette Gréco. The older they get, the more society values them and the profundity of what they’re saying. There’s a stop-and-listen experience when they speak. And not a desexualization as they get older either. So with this literary crowd it was nice to feel that. ‘Thirty-three? Go away. Come back in 10 years.’”

So her 40s are feeling good?

“Yeah, yeah. It’s like I squeegeed my eyes off. I can see in a different way.”

The conversation has a sweet rambling quality, full of spontaneity and charm, much like her exquisite fifth album Pleasure, out Friday (April 28), the day after she plays Trinity St. Paul’s Church, a concert announced suddenly that sold out in minutes. The venue couldn’t be better suited to a work that stands out in her catalogue for its intimacy. 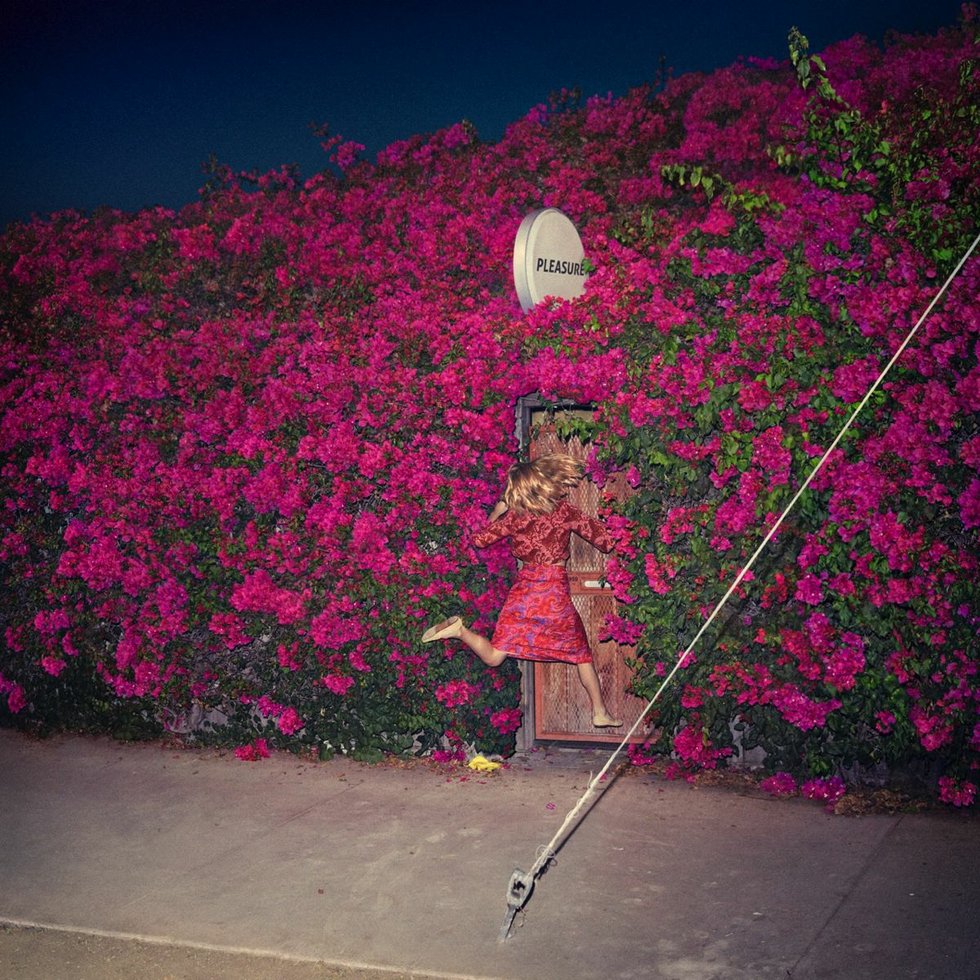 Aside from brief appearances by Jarvis Cocker, Chilly Gonzales, Paul Taylor and Colin Stetson, Pleasure is just Feist and long-time collaborators Mocky, who played various instruments, and Renaud LeTang, who recorded everything.

All three arranged and produced, and they seemingly kept “honesty” at the top of the priority list and “slick” much lower. Feist’s mellifluous vocals are unvarnished, sometimes downright ragged, and the songs are searching and tender. Her guitar riffs dig a deep groove, while flashes of spidery on-the-fly licks or partial chords are often unresolved. Arrangements are spare, her vocals surrounded by space and quiet.

Sometimes she tacks on a hoot or a cry, or a cinematic ending like on Any Party, which follows the protagonist as she leaves a party and heads into a cricket-filled night. At the end of the devastating A Man Is Not His Song, a sample of High Road by heavy metal band Mastodon overtakes her layered Mary Margaret O’Hara-esque vocal melodies. It’s a total thrill.

“I guess I felt there were some stories where it sounds like there’s certainty there, like I’ve landed somewhere where I know something,” Feist says. “But I know that I know less and less.

“So by turning a song on its heel at the end and showing the other side” – she slaps her hands together – “of the coin, you see that in a split second something else can be true. A Man Is Not His Song shows that about-face. I’ve been about-facing so much that I’m getting dizzy from realizing the amount of things that can be simultaneously true.”

Also notable are the ambient background sounds, which make palpable the humidity of Los Angeles, where it was partially recorded (in addition to Paris and Woodstock, New York), of dusk falling, of hours slipping by unnoticed as the tape rolls forward and the amplifiers hum.

“Mocky and I were each other’s conviction cop,” Feist explains. “We weren’t policing the notes getting hit or any of the mic buzz. We could’ve spent time trying to comb away [the miscellaneous noise] because it’s not ‘proper’ or hermetically sealed. But what trumped all that… oh god, I said his name. What’s a new word we could use? God, we need a new word.”

She pauses to think. “What… circumvented? What… overrode?”

We agree that “overrode” is a decent substitute.

“What overrode all that was whether or not we believed each other, even in Mocky’s drumming and bass playing. Do I believe him? Do I hear a conversation with himself that’s of a true, clear nature, and vice versa with me? He’d hear me and literally say, ‘Did you believe yourself that time?’ And I’d be like, ‘Yeah, no, I was thinking about something else. Lemme do it again.’”

Feist, also a member of Broken Social Scene, who have a new album on the way, has said she felt raw and in a dark place when it came time to record. Pleasure comes six years after 2011’s Polaris Prize-winning Metals. She’s cryptic when asked about that.

“Let’s just say that anything you’ve experienced that would cause you to feel raw, [I was feeling] a version of that, you know what I mean?” she says with a knowing grin. “Life can leave you with some scar tissue that the rest of you grows around. You can end up reacting or adapting around it.” 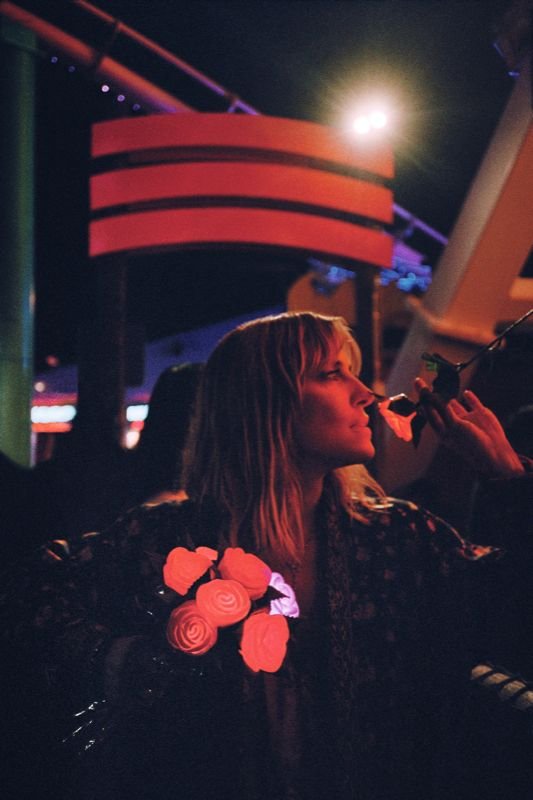 While out of the spotlight, she spent time catching up with family and friends, learning new skills (she built herself a deck, made apple cider on her aunt’s farm), taking a road trip across the States last summer, considering new careers. Mostly she focused on something she says she spent the last 20 years pretending wasn’t there: her inner life.

“I was 16 when I started playing music, and I was a bit of a Prairie Clydesdale worker from farm stock. I have a tendency to want to accomplish the job in front of me with as much clarity and focus as I can. But I wasn’t looking at any big picture. And then you turn 40 and you can see what 20 years was, and you can fold forward to the next 20. I just felt like there might be another dimension required for those next 20.

“So I sat and thought about what else I might want to do. I mean, writing songs without needing to or meaning it would be a little like empty sex. It’s not necessary. At a certain point I’d rather not have any sex if it’s going to be meaningless. And songs are really not that dissimilar.”

Huge laughter spills out of her. “I hate to say it, but it’s true. So it took as long as it took.”

With the-man-who-shall-not-be-named sitting in office, she’s admittedly eager to get back to living in Canada. (Asked if she identifies as a Torontonian, she gives a hearty, “I do!”) Los Angeles is her current home base, but she plans to “airlift myself out of there the moment I don’t need to be there for work.”

That said, attending the Women’s March in L.A. had her feeling empowered.

“It was something about the optimism. It felt like such an acknowledgement of each other. There was new vocabulary being handed to all of us – well, not new, but more like permission to activate. I came away thinking about how maybe we should double down on idiosyncrasy, each become as individualistic as possible. To avoid all joining. Any homogenization of thought is where the problem lies. Where you become closed-minded and shut down entire sections of the population.”

She sees this idea as being applicable to art.

“I have friends who do such different things already. Like Peaches and Gonzo [Gonzales] and Mocky and Broken Social Scene. There’s no one way we’ve made music. I think it’s all the more important that each of us goes deeper into our own territory. That chorus of different thoughts and perspectives is super-valuable, more so than I’ve ever noted before.

“I read a great Leonard Cohen quote yesterday, something along the lines of [artists] offering a vocabulary to people who haven’t identified a feeling yet that they are experiencing. So you help people name, like, one aspect of themselves that’s steering them, and that can help give them a better grip on their own steering. That’s actually a worthwhile endeavour to me. It’s only from that perspective that at this point in my life I feel capable of stepping into this place again.”