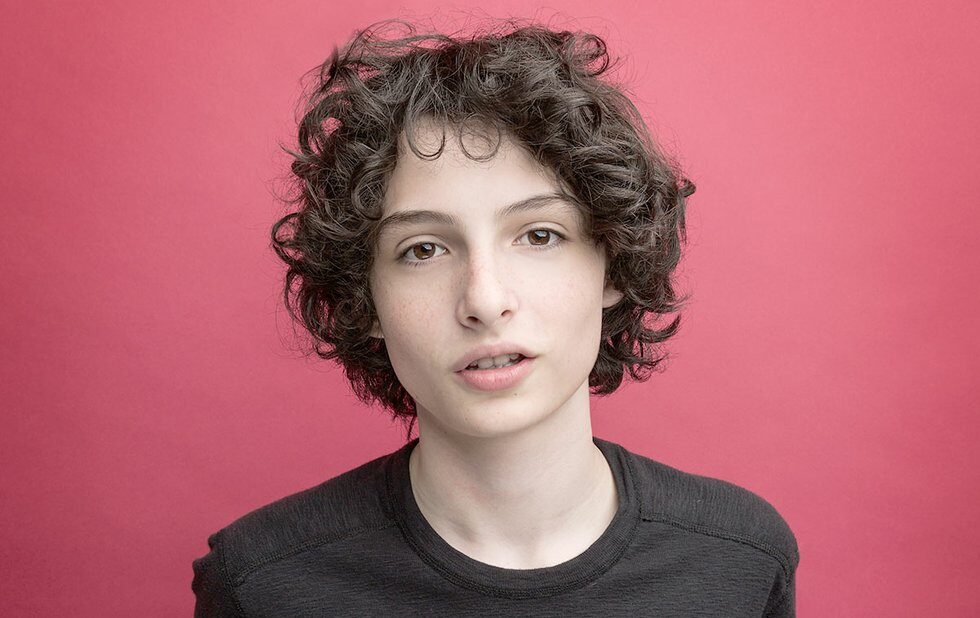 Before battling a Demogorgon in Stranger Things and Pennywise in It, Finn Wolfhard was a haggard little face in a PUP video called Guilt Trip.

“That was definitely the biggest thing I had ever done at that time,” says Wolfhard.

We’re on the phone to discuss Stranger Things season 2, but our conversation lingers on PUP. The 14-year-old Vancouver native remembers attending an open casting call for the Toronto punk band’s 2013 video, directed by Jeremy Schaulin-Rioux and Chandler Levack. He was nine.

“He came through and obviously was the coolest and best kid ever,” says Levack.

They cast Wolfhard as a younger version of frontman Stefan Babcock in a brutal Stand By Me-style coming-of-age tale, which would be the first nod to Stephen King in the young actor’s career. The video was part of Wolfhard’s audition package for Stranger Things. When he landed a role, Levack wrote a letter of recommendation for his O-1 Visa.

That’s how Finn’s misfit leader in Stranger Things, Mike Wheeler, was born. But a career onscreen wasn’t the only thing that spun out of that PUP video. There was the sequel, PUP’s Sleep In The Heat video, which reunited Wolfhard with fellow Guilt Trip actor Malcolm Craig last year.

Then the two of them formed their own band, Calpurnia, along with Ayla Tesler-Mabe and Jack Anderson.

In the spring, Calpurnia performed at a Sweet Relief benefit called Strange 80s. Hosted by Wolfhard, the event featured sets by Tenacious D and “Weird Al” Yankovic among others. They’ve also made blog headlines with their versions of songs by Mac DeMarco, Twin Peaks and Pixies. They’ve mostly played covers so far, showing a preference for new and classic indie rock. With his changing voice, Wolfhard does a convincing Frank Black wail.

Now, a week before Stranger Things 2 drops on Netflix on October 27, Calpurnia will give a sense of their sound beyond the covers when they open for Hollerado at the Horseshoe. That band will soon be the youngsters’ label bosses, as they plan to release an album on Royal Mountain Records in 2018.

“If I hadn’t done the PUP video, I probably wouldn’t be playing music right now,” says Wolfhard. “PUP is probably the most influential band in the last 10 years of my life – them and the Beatles.

“Once you listen to them, [you discover] so many other bands in that genre. PUP introduced me to so much more amazing music. They really shaped my sound.”

“One of Jeremy and Chandler’s casting requirements was that all of the kids cast to play us in the Guilt Trip video had a degree of musical competency, so it’s really great to see that they were inspired enough by the experience to take a shot at the whole music thing,” says PUP guitarist Steve Sladkowski. 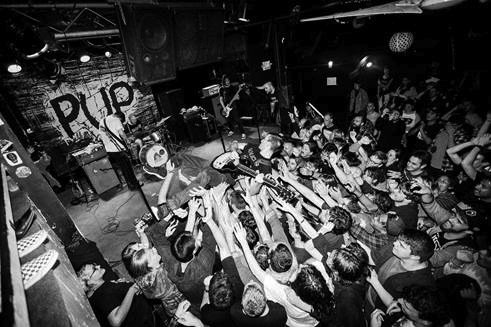 Wolfhard is a voracious teen soaking up all the influences he can while trying his hand at everything possible. Beyond acting and music, he’s also getting behind the camera. He’s watched the Duffer Brothers and director Shawn Levy at work on Stranger Things, which is maybe why a slingshot and Goonies references end up in the music video he co-directed with Josh Ovalle for Sonora, by the band Spendtime Palace.

Wolfhard and Ovalle are planning on developing their own show, and they found a mentor in yet another Toronto artist, Matt Johnson.

“Matt is maybe my favourite director ever,” says Wolfhard. “When we saw The Dirties, we hadn’t felt so inspired by a movie since we were nine.”

Wolfhard stumbled onto Johnson after catching Nirvanna The Band The Show on Viceland, the Toronto-set fact-tripping-over-fiction sitcom about two dim-witted wannabe musicians, Matt Johnson and Jay McCarrol (who also plays in indie pop band Brave Shores). Wolfhard boosted the show’s fan base by writing about it on Instagram, causing McCarrol’s notifications to blow up. Eventually all the talents met up, with Wolfhard taking notes on the duo’s skewering of the mockumentary form.

“You don’t really know if the cameras are in Matt and Jay’s heads because they’re so arrogant,” says Wolfhard, who plans to play with that form for his own show. “We thought it was such an amazing and incredible idea. We want to take that sort of tone and shift it into a weirder, comedy tone.”

Expect Wolfhard to pop up in a season three episode of Nirvanna The Band The Show. The Stranger Things star is also looking forward to Matt and Jay crashing his Calpurnia shows at the Horseshoe. The guys from PUP might be there, too.

“I’m excited to see them in person,” says PUP’s Sladkowski. “Especially the lead guitar player, Ayla, because she fuckin’ shreds!”