“Right now is the time, place and label to do it,” says Sal Principato, co-leader of the resurrected 80s NYC post-punk band 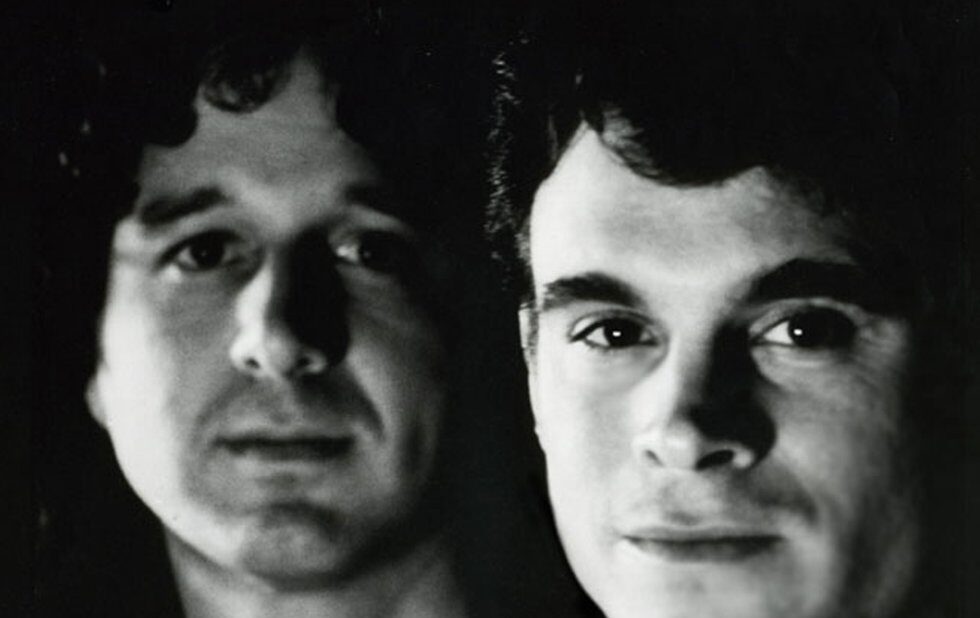 This expanded re-release of the group’s 1988 Fugitive Vesco EP finds Principato and his long-time collaborator Ken “Man” Caldeira joyfully returning to the stage to perform Fist of Facts’ songs – something they’re also doing literally at the Baby G. “Right now is the time, place and label to do it,” says Principato.

To understand Liquid Liquid’s impact, you have to go back to New York’s vibrant underground club scene of the early 1980s. It was there that the quartet propelled post-punk into uncharted territories. Fusing influences from dub, disco, Fela Kuti’s Afrobeat and Brazilian Batucada, the band’s eerily ecstatic drum jams lit up dance floors while their records earned rotation from the era’s most influential DJs.

Chances are you’ve heard their immortal bass line on the drug-danger anthem White Lines (Don’t Do It) from hip-hop grandmasters Melle Mel and the Furious Five, which they lifted without permission from Liquid Liquid’s 1983 song Cavern.

The resulting lawsuit caused both Liquid Liquid’s label 99 Records and Melle Mel’s offending Sugar Hill Records to fold, but the group’s stature grew in the following decades. Their 2008 reunion included a performance of Cavern with The Roots on Late Night With Jimmy Fallon and an opening slot for LCD Soundsystem at their original Madison Square Garden farewell.

Regrouping in a Lower East Side studio in 1985, Principato and Caldeira arrived with an IBM personal computer containing early Voyetra sequencing software and a then-state-of the-art 1/2 MB of RAM.

This technology expanded Fist of Facts’ creative possibilities as the duo assembled an abstract latticework of trumpets, congas and slide guitars laced with spectral electronic effects. Principato’s vocals extended the bridge from his earlier band, while also welcoming contributors including Liquid Liquid’s Scott Hartley, Mars bassist Mark Cunningham and no wave actress/musician Felice Rosser. Their debut Fugitive Vesco EP took its name from renegade financier Robert Vesco, who fled to Cuba to escape American justice, with other lyrical themes ripped from the headlines.

“Remember this was the time of Ronald Reagan, Iran-Contra, Star Wars, Apartheid ‘Constructive Engagement’ and all this dirty dealing,” explains Principato. “I read the New York Times cover to cover every day, subscribed to Covert Action Quarterly and NACLA (North American Congress on Latin America).

“My head was swirling and my attitude was militant.”

His bandmate Caldeira, meanwhile, got a PhD in atmospheric science and advised Bill Gates on climate issues. He also worked on Wall Street in software development, while organizing political demonstrations in his spare time.

“We were on the same page politically, but we’d still engage in debate, discussion, and occasionally disagreed,” says Principato. “It was only natural that some of that would find its way into the lyrics and music, although I never wanted to descend into political polemics.”

On Fist of Facts’ standout track, the seven-minute First Strike, echoing rhythms and chirping synths float on a sonic jet stream like a sinister precursor to Frankie Knuckles’s Whistle Song. Principato’s quasi-rapped vocals sound more possessed than ever, repeating the lyrics “everybody is who they are / who they are / who they are… who?” until they transition from a mantra into an existential quandary. It’s combined with a pair of simple yet strikingly powerful lines: “the bottom line is human / the bottom line is you.”

“[It’s] an affirmation,” Principato explains, “But also a repudiation of the capitalist paradigm where the economic bottom line takes precedence over our common humanity.”

Principato’s political interests have since evolved into vegan cooking, teaching recipes on his podcast Singing With My Mouth Full and organizing The Punk Funk Dinner Club, an event hosted at pop-up venues around NYC. Alongside Fist of Facts’ return, he remains musically active with an upcoming release from his band 178 Product, alongside DJ gigs, remixes and collaborations including Tel Aviv’s Yaeli.

As for the timing of this reissue, Telephone Explosion Records co-founder Jon Schouten agrees with Principato that his late-80s sonic experiments and people-powered beliefs remain excitingly relevant in 2019.

“Fist of Facts take all the things that made Liquid Liquid stand out among their no wave peers and add contemporary (for the time) flourishes of 80s electronic and dance music,” says Schouten. “It’s an accessible and logical extension that, in many ways, was inexplicably overlooked.”

Never too late to correct that.