Forth wants to put Toronto on the dance music map 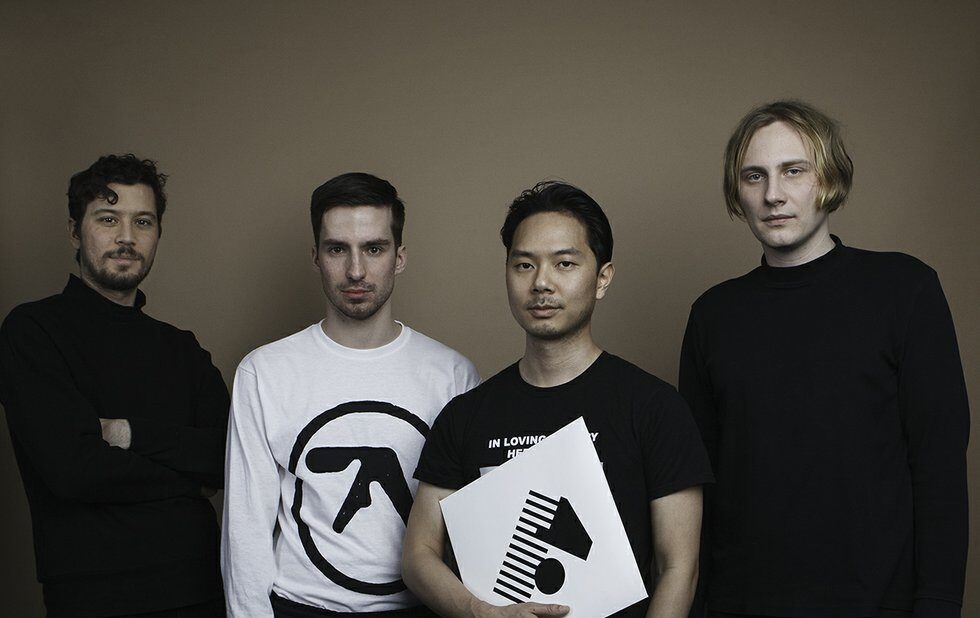 A collective of local DJs and promoters called Forth believe our city is ready to join the ranks of electronic music capitals. They’ve put money on their turntables by recently launching a record label under the same name, with a new compilation featuring six local artists out February 20.

“There’s so much talent here in terms of dance music. The problem is getting visibility on a global scale,” says Joel Eel, who’s featured on the new release and heads up Forth’s label. “We want to provide a platform.”

Forth, which includes Hadi Mousattat, Andrew J Stephen and Lukas Switlicki, have been throwing dance parties since 2015. Their confidence got a bump last year when they booked two of the biggest names in techno and house – Stingray and Avalon Emerson – and both shows sold out.

“We’ve cultivated a crowd that’s fun and appreciates the music,” Stephen says. “We’re trying to strike a balance between booking DJs who will really bring people in, but also showcasing local talent.”

For both the Stingray and Avalon Emerson shows, that meant having Toronto DJs Gingy and Sergio SP, Hamilton’s Orphx and members of Forth on the bills as well.

“Part of the reason we started the record label was because you can only get so far promoting local talent if they’re just opening [shows],” adds Stephen. “They’re just as good as a lot of the international artists we’re booking, and they deserve the attention.”

The six musicians featured on Forth’s first release represent a cross-section of current local sounds. Along with tracks by Gingy, Eel and Mousattat (as Hadi) are contributions from ‘R’, Ciel and Kontravoid. Mousattat adds that all six have made significant contributions to the electronic music scene, like starting safety- and diversity-focused dance parties It’s Not U It’s Me and Work In Progress.

“When we first envisioned the album, we thought we absolutely wanted it to be half house and half techno, but what we’re finding right now is there’s a lot of techno talent in the city. We didn’t want to go against that,” Mousattat explains.

Stephens adds that many of the songs have elements of EBM, or electronic body music, which combines industrial and synth-punk sounds. For instance, album opener This Invisible Phantom by Eel is a grinding banger that’s dark and pulsating. Its inspiration was “a certain phobia that’s non-tangible,” and he’s writing and recording new material this spring to follow up 2017’s Very Good Person.

Mousattat says forming the label has also given him the drive to release new music. “I never thought the track I put on the compilation would see the light of day. Now it’s really inspiring me to get back into my studio and see where it goes.”

Ahead of the release, Forth throws its first party of the year on February 3 with New York-by-way-of-Detroit DJ Mike Servito. In line with Forth’s mandate, sharing the bill are locals Dan Only and Kehdo. The venue won’t be announced to ticketholders until a few hours before starting – temporary music spaces aren’t often confirmed until last minute.

“I hope they recognize that by promoting these grassroots movements today, in five years from now, Toronto could be on the map,” says Mousattat. “Toronto could represent multiple sounds.”

For now, we might be known for Drake, but Forth is determined to change that.