The Toronto four-piece took their time to find their power, and it paid off 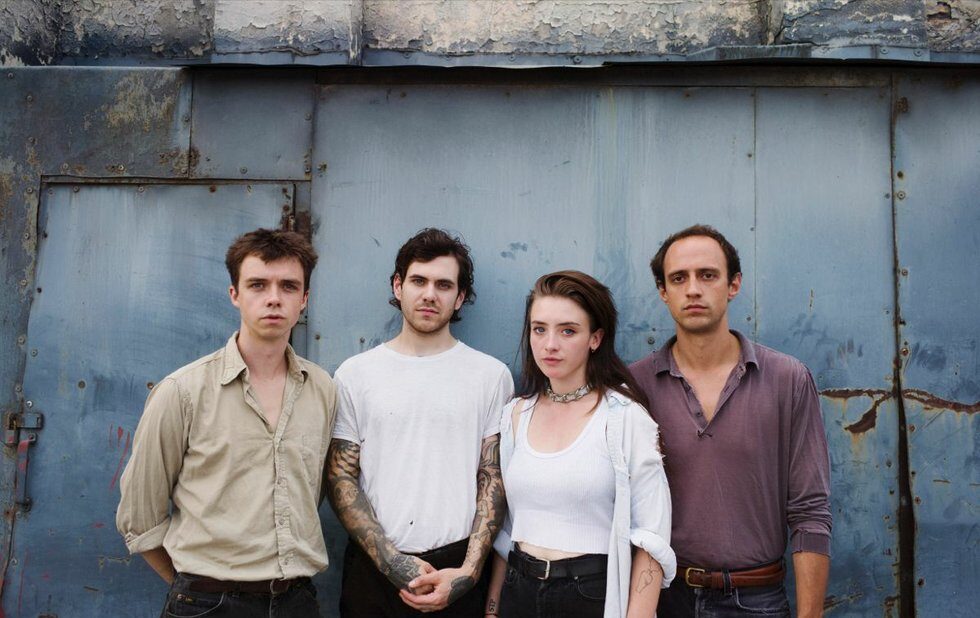 In music, time is both a luxurious blessing and a profound curse. Artists have to strike a balance that allows them to make their art – and make it well – yet still remain visible. Too much time in-between projects can lessen the hype. Or maybe it fans the blue embers of buzz to keep interest alive? It’s a toss up.

“It just took us a really long time for experimentation,” says Bria Salmena, the group’s frontperson, on day 27 of a 37-day tour in support of the album.

And it was true experimentation. The band – which also includes Duncan Hay Jennings, Lucas Savatti and Kris Bowering – recorded in the pantry, the living room, even the bathroom, she says, to challenge themselves and their sound.

Some tracks, like the slow and stunning Gemini, date as far back as the fall of 2015.

It was a luxury to be able to fine-tune their work and watch it evolve, but it meant sacrifice in other parts of their lives.

“It’s amazing that we have the opportunity to do this but we’re juggling, finding time to even do this, amongst our jobs and regular lives.”

Basic Behaviour draws comparisons to 90s grunge, and Salmena specifically to PJ Harvey. While the spirit of the 90s may be circling the band, theirs is a sound, and message, all their own.

This is especially true of Salmena as a songwriter and singer. Through the album-making process, she learned to harness the power of her voice as both an instrument and a means of expression. Her lyrics are like spit falling from a skyscraper: fast, aggressive and messy. The subject matter is often raw – an unfiltered peek into an inner monologue of frustration, self-doubt and anxiety – and Salmena’s vocals play into and against it in impressive and nuanced ways.

“I’ve been a singer for a really long time,” she says, “and the fact that I learned how to scream or sing in harder-sounding bands is really cool. Now I’m just trying to take it back to – not necessarily something softer – [but] I’m trying to be more methodical about how I’m singing, what I’m singing, and use my range to affect words or tones in impactful ways.”

Chest, for example, originally from an EP released in 2016, is an immense, deeply personal track about the Brock Turner trial. A fan recently came up to Salmena at a show to tell her how much it meant to her.

“She was explaining to me how that song resonated with her and her experience, and I was like, ‘Holy shit!’ I was totally blown away that it could have that effect on somebody.”

Salmena doesn’t want to be lumped in with dated stereotypes passed down in rock history to female songwriters and performers, or being labelled a “rocker chick,” as she has by some older male fans.

Yes, it’s true that the songs are from the perspective of a woman and informed by her experiences. But Salmena doesn’t want to feel trapped by the often rigid labelling of “female-fronted” or strictly “feminist” bands.

“I really don’t want to fulfill the expectation or the cliché of the female lead singer,” she says.

“When we play to a room full of young women, they always move up to the front…. I don’t even need to ask them. It feels very universally empowering. We’re just feeding off of one another. I think more than anything, that’s what I want to be acknowledged as. I am that frontperson.”