Girls Rock Camp alum Pins & Needles are all grown up

The indie rock band are graduating out of the all-ages scene and calling it quits, but first they’re paving the way for the next generation of bands 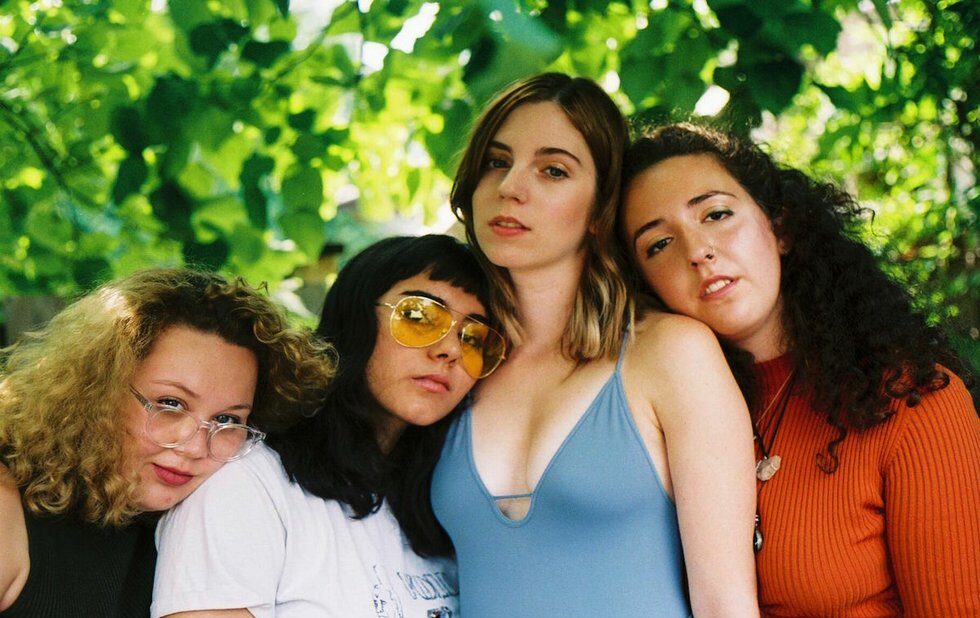 After nearly six years playing together, Pins & Needles have grown up and are breaking up.

In the summer of 2012, the four-piece – which includes guitarist Deanna Petcoff, bassist Sabrina Carrizo Sztainbok, keytarist Nastasia Pappas-Kemps and drummer Rebecca Rogers – met as 14-year-old girls at the Tranzac during Girls Rock Camp, a program that teaches girls, trans and non-binary youth how to play instruments and write songs, as well as the importance of self-empowerment. By the end of the week-long camp, the girls had formed their first band, Pins & Needles.

Since then, the four-piece has released two albums of catchy, doo-wop-tinged indie rock and played shows across the city and festivals in Ottawa and Montreal.

And they’re throwing their last show where it all began: the Tranzac. Though they’re old enough to play 19-plus venues, they’re just as committed to nurturing the all-ages scene as they were when they were growing up in it.

As Rogers explains over the phone from Montreal, where she’s studying communications at Concordia University, Pins are breaking up for non-euphemistic artistic differences. Rogers wants to focus on her multimedia art, while the others plan to start their own individual music projects.

Throughout their career, Pins & Needles have been advocates for all-ages shows, and not just because they were underage for the majority of it. Rogers notes that as all-ages venues like D-Beatstro close, it’s harder than ever for young people to book their own shows. Most venues charge promoters a prohibitive fee for all-ages shows since they assume they’ll be losing out on bar sales. (As Rogers says, though, all-ages doesn’t mean “underage.”) 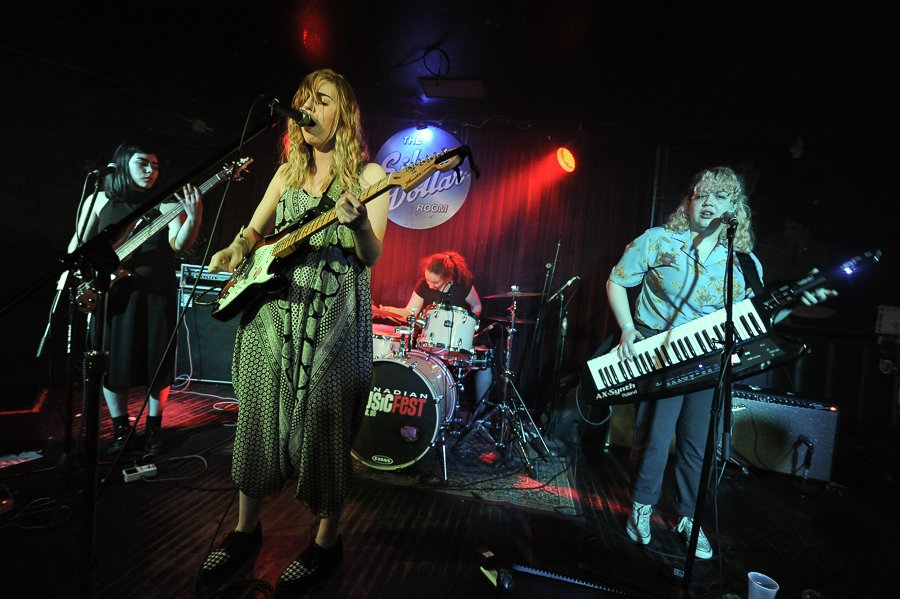 “There are fewer opportunities for all-ages bands now and it’s because of the lack of access to space,” Rogers says. “I don’t think it has to do with individuals being apathetic or not wanting to engage. It’s the lack of opportunity.”

“Many places that used to do all-ages [shows] have shut down or stopped doing it,” says Jacob Switzer from the label. “Some venues find that it’s not worth the risk of underage drinking happening at their place, so they decline [those shows] or hike up the price [to rent the venue by] a few hundred dollars.”

Fried Records is the brainchild of Switzer, Emmett S Webb, Max Bornstein and Fox Martindale, who play together in garage rock band Goodbye Honolulu. They started the label when they were in high school as way to release their own music and that of other Toronto bands and, later, to give other kids access to Toronto’s music scene.

Rogers realizes that Pins were fortunate to have the support of Girls Rock Camp throughout their career – in fact, their first big show was just a few months after they formed, opening for Sheezer at Lee’s Palace, a gig they scored through their Girl Rock Camp connections – and she wants to help create safe, community-based spaces that also foster the next generation of bands coming up through the all-ages scene.

So although Pins & Needles are breaking up, when she’s back in Toronto this summer she plans to book all-ages shows for other bands. She’s nervous about finding venues but recognizes that, unlike most teenagers still in high school, she works so she can afford the upfront costs that come with booking a show.

“When we don’t have all-ages spaces, we lose the ability for young people to have spaces outside of home, work and school where they can thrive and explore community and friendship,” says Rogers. “All-ages spaces also tell young people, especially marginalized young people, that they matter, that their voices matter and that they have something to offer society.”

Despite venue closures and increasing costs, Rogers remains optimistic that the all-ages scene in Toronto will flourish. She thinks of the young girls like herself who went to Girls Rock Camp as kids and are now all grown up.

“All these campers are becoming teens and adults. They’re going to start making music, create their own community and have these empowered voices.”