The opposite of flashy, Grossman’s Tavern turns 70

While music venues vanish, this legendary blues dive on Spadina is still operating more or less the same as it always has. Yet it's taken for granted 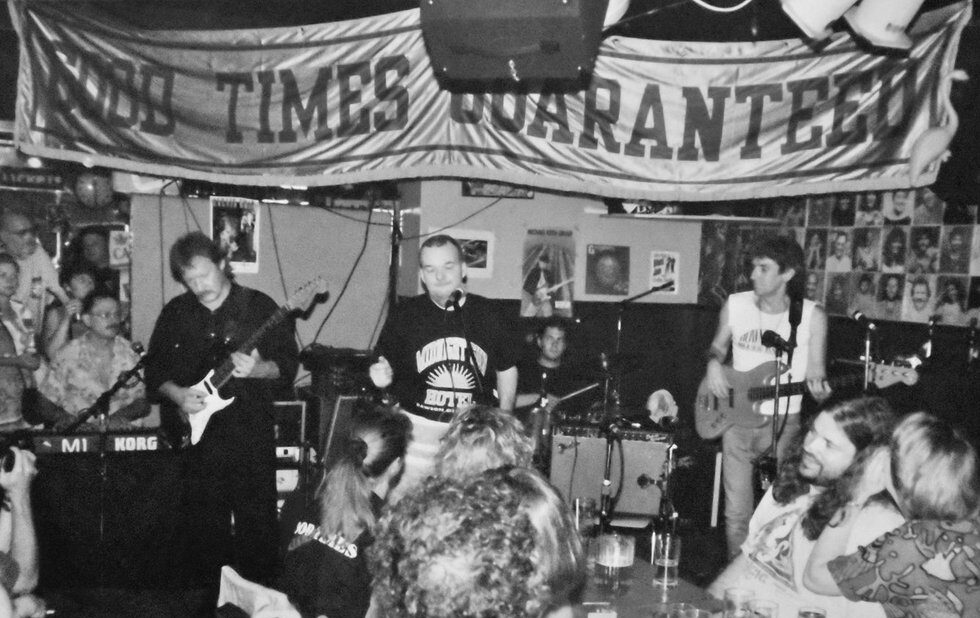 As venues vanish and politicians promote Toronto’s music city label, there’s been an effort in the last few years to celebrate and protect our heritage venues: the Horseshoe, Massey Hall, the Matador, the Silver Dollar and the El Mocambo. But there’s one legendary venue that’s been operating for the better part of a century and yet is perpetually overlooked.

Grossman’s Tavern is the opposite of flashy. Though it’s fostered the careers of some big names – from Jeff Healey to Alannah Myles to Downchild Blues Band, the latter of which is basically a blues hall of fame on its own – it was born a dive and it has remained a dive. The demographics of Spadina have shifted around it, but Grossman’s has stayed the same – the same faded head shots on the walls, the same bands holding down the same residencies, the same regulars drinking pints at the bar regardless of who’s onstage, the same build-up of decades-old tobacco seeped into the walls.

And that’s the beauty of it. There’s quality live music every night, there’s never a cover charge, and it’s one of the only truly inter-generational bars in the city. Stop in any time during the week and you’ll likely see 80-year-olds dancing with 20-year-old university students, united in the blues and all its variations – rock, ska, jazz, R&B, funk, swing – a genre allergic to pretension.

Grossman’s turns 70 this week. It’s inarguably a major milestone. But it could be 30 or 50 or 100 and you might not be able to tell the difference.

“This is the place where time stands still,” says music publicist and radio personality Eric Alper, whose grandfather Al Grossman, a Russian-Jewish immigrant, founded the bar in the late 40s before selling it to the Louie family in the mid-70s. “I always say, if there’s a nuclear war, the three things that will still be standing are Keith Richards, cockroaches and Grossman’s Tavern.” 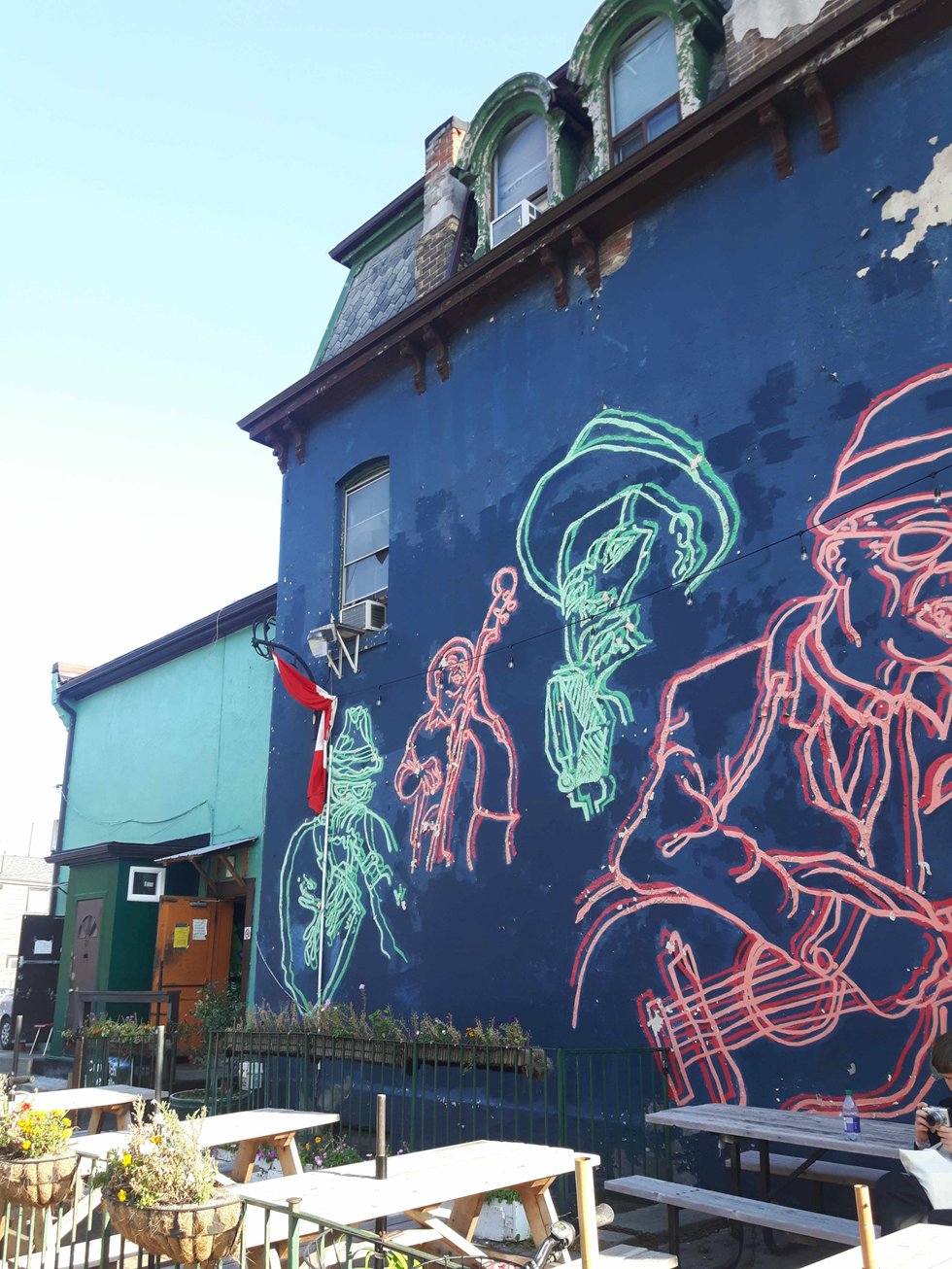 The mural on the outside of Grossman’s.

Depending on how you’re counting, Grossman’s really started 75 years ago, initially as a cafeteria, then five years later, after earning a hard-won liquor licence (a rarity at music venues during that puritanical era of Toronto history), as the host of live blues bands as a way to sell alcohol. In those early days it was one of the establishments that sold the most alcohol in the city. In the 60s, it became a haven for hippies and draft dodgers and, consequently, for a time, one of the hippest joints in town.

Back then, there was an unofficial cultural exchange between Toronto and New Orleans. Al Grossman brought the bar’s all-star bands down south while New Orleans musicians came to Grossman’s “and they couldn’t believe that a place like Toronto knew Dixieland jazz as well if not better than they did,” says Alper. “And it was just because of the cultural soaking up of influence that Canadians do so well.”

“That’s why they call [Grossman’s] the New Orleans of the north,” says Christina Louie, the venue’s booker for the last 25 years, wandering over from behind the bar.

Louie, whose father, a Chinese immigrant, bought the bar in the 70s and left it pretty much untouched, is on a first-name basis with most of the regulars and is the unofficial keeper of Grossman’s history. Throughout our conversation, a bunch of names are mentioned in passing – famous alumni like Carole Pope, Jeff Healey and Dan Aykroyd as well as mainstays like Bill Hedefine and Gary Kendall – and she has a story about each of them. A few times, Alper begins to tell a story about his family only to have Louie politely correct him or fill in details he never knew. 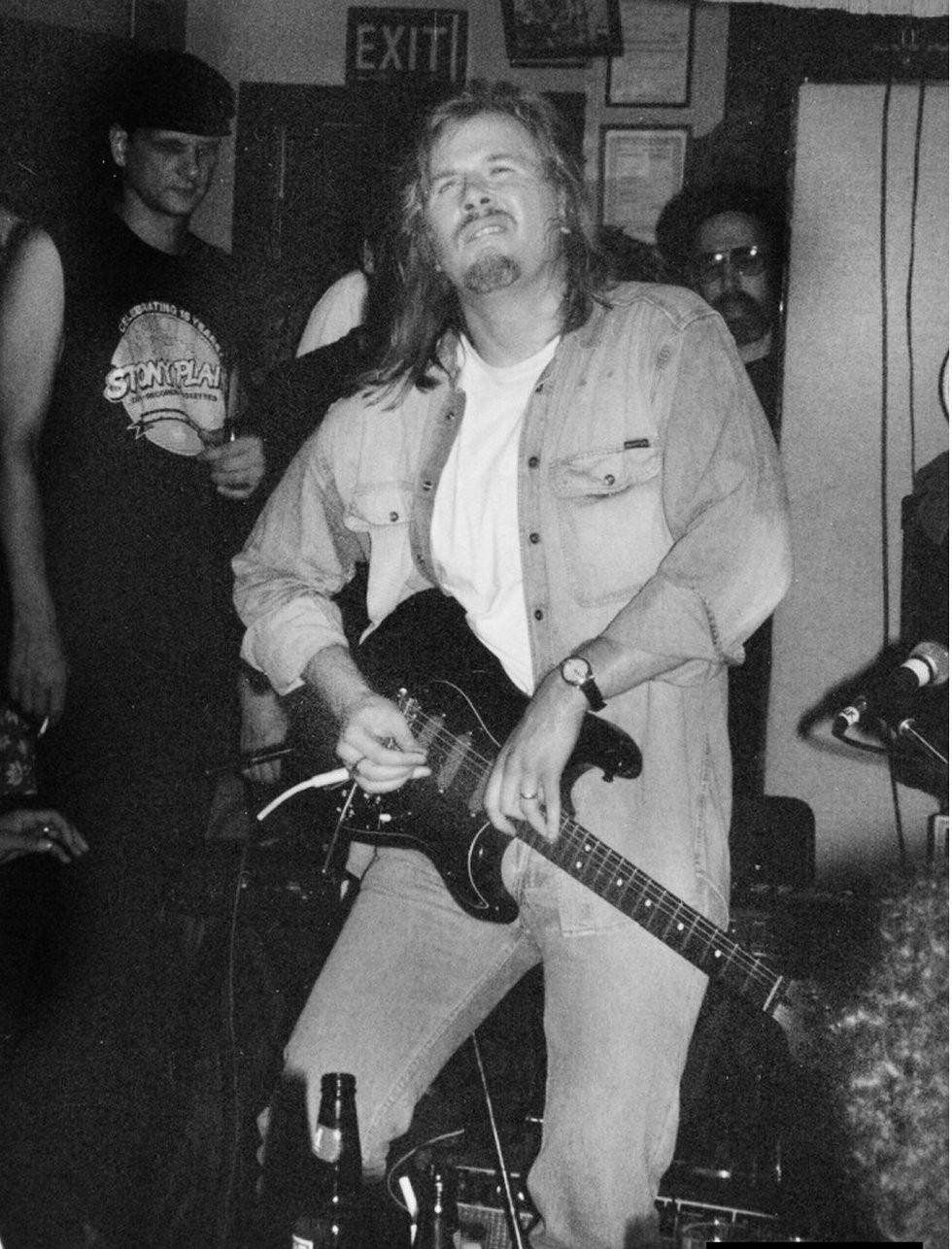 A guy in his early 30s puts his beer down at our table and sits there for the duration of our conversation, occasionally joining in, seemingly unaware that we’re doing an interview. He has stories, too. His father took him to his first show at Grossman’s, where he met Brian Cober, innovator of the double slide guitar, and he’s been playing music ever since. He recalls attending Cober’s funeral a couple of years ago and being amazed to see so many musicians paying their respects. “Brian showed me that you can live a great musical life without having to be the biggest in the world,” he says.

That casual remark pretty much defines the venue’s ethos. While the Silver Dollar was originally known as a blues bar and the Horseshoe as a country bar, they’ve made far more money in the modern age booking the hot indie rock bands of the moment and matching the buzz with the cover charge. Yet beyond a one-off NXNE show with Pup and the Dirty Nil in 2013, it’s hard to find evidence of Grossman’s ever straying from the blues let alone jacking up the cover – or really charging any cover at all. If the owners wanted to cash in with some marquee shows or, god forbid, sell the bar to developers, they very easily could. Not likely.

“I wouldn’t mind [bigger shows] every once in a while, but not continuous,” says Louie. “Because if you cut off the young people, the students, the future human capital of our society… you don’t do that. You don’t survive.”

Despite its reputation as a dive for older crowds, there are also younger blues enthusiasts – both musicians and fans, not to mention those who just like to dance to live music – who swear by Grossman’s. And despite its resistance to changing trends (or, for that matter, decor), the venue’s community is both welcoming and encouraging of next-generation patrons and musicians.

On Tuesday (September 25), the bar hosts the seventh-annual Amy Louie Grossman’s Music Scholarship fundraiser. The scholarship awards $2,000 to an artist or group from the GTA to advance their musical career. The fundraiser, in turn, is organized by the previous year’s winner – this year, blues-rock guitarist Dan McKinnon, who used the scholarship to record his newest album, The Cleaner.

Since the venue is turning 70, the lineup for this year’s fundraiser is a sort of greatest hits of Grossman’s acts past, present and future: the Happy Pals, Frankie Foo, the Swingin’ Blackjacks, Bill Hedefine, Gary Kendall, Donnie “Mr. Downchild” Walsh and a lot more – plus previous scholarship winners Chloe Watkinson, Jerome Godboo and McKinnon himself.

“There’s no other venue in town that has a scholarship that gives back to the music community,” says McKinnon. At age 35, he jokes that he’s basically a baby in the blues scene. But he’s been coming to the venue for over a decade, sometimes even guest hosting the flagship Sunday night blues jam (by far the youngest person to do so). “Whenever I [guest host], I still see the same people from 2008. It’s just how this place is.”

And how that place is, Alper feels, is taken for granted. It could use a fresh coat of paint or two, maybe a little scrub of the beer lines, but the regulars are fiercely protective of the venue. The owners renovated the bathroom a few years ago and the regulars are still shaken up about it. Literally every person I talk to for this piece brings it up.

But that’s Grossman’s. While city hall, condo developers and corporate pharmacies self-servingly romanticize shuttered venues like the Colonial Tavern, the Brunswick House and now the Silver Dollar, Grossman’s is still right there on Spadina, doing its thing seven nights a week, celebrated or not.

Still, Alper hopes the 70th anniversary brings a heightened awareness about the place to people both inside and outside Grossman’s usual bubble. Though they won’t announce anything yet, they hope to do more special events to mark the occasion. And they hope people notice and join in.

First and foremost, though, it’s still about the regulars.

“At the end of the day, it’s the people who make the venue,” says Alper. 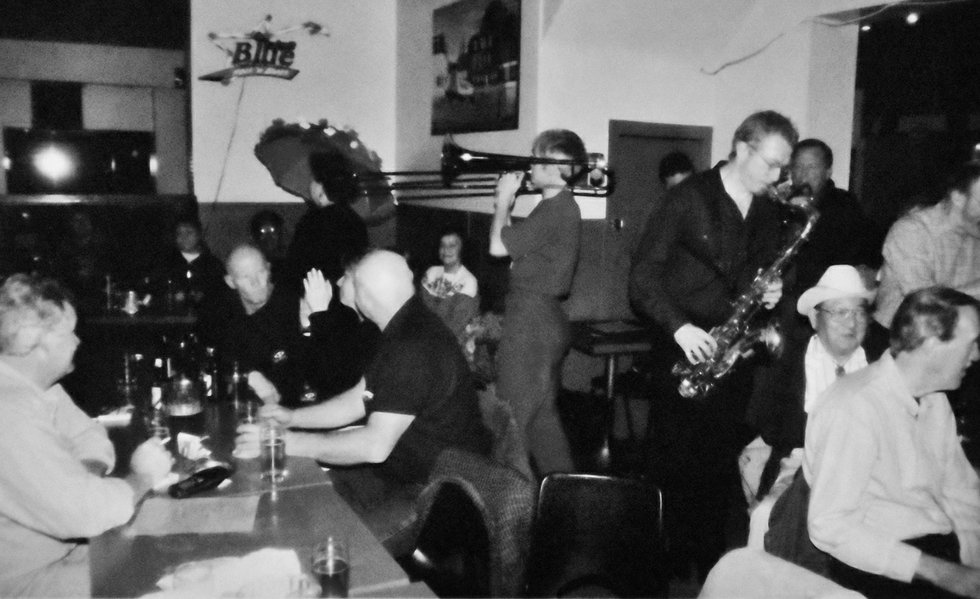 The Happy Pals at Grossman’s.