The 16 best Halloween parties in Toronto in 2018

Whether you're into live band karaoke, Y2K nostalgia, classic cinema or drag, there's a party for you this year 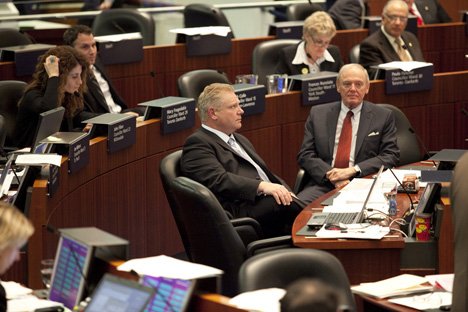 Local drag zine Feel Your Fantasy is ready to launch its third issue, and what better time to do it than on (a little early, but that’s cool) Halloween? Drag queens Allysin Chaynes, Jacklynne Hyde and Lady Kunterpunt will perform at the glittery celebration, as will electronic act the FranDiscos. Issue III of FYF features a guide to starting your own Dragula fantasy league, and so there will also be a lively screening of the season 2 finale of the OutTV reality show. And, hey, serve a full “drag lewk” and you’re in free.

Billed as “Toronto’s wickedest costume party” (I guess, now that Wicked club is no longer around…), boombox is essentially TIFF’s version of Powerball – a place where donors and members can get costumed up and social. Except these are cinema people, so the dress is less gala formal, more Kubrick casual.

The late 90s/early 2000s nostalgia has ramped up in the last little while (blame Charli XCX), and this is the perfect party to scratch that itch. Like Chronologic if it devoted itself to only five or so years at the turn of the millennium, this party will play everything from the Spice Girls to Prozzäk to Daft Punk. Come to think of it, those also sound like good costume ideas.

Last year was billed as the final year for Dan Burke’s annual Halloween bash (this year in collaboration with performers Nyssa and Andrew Wilson of Sahara and Komodo) but we won’t complain about this zombie resurrection. Members of local bands team up to play sets as other bands. It’s a simple concept, but one that never gets stale, partly because of the bands chosen, partly because it’s fun to see what everyone – the musicians and the crowd – dresses up as. This year, also a benefit for Sistering, features members of Nyssa, Vallens, Mimico, Weaves and others playing as Radiohead, Rob Zombie, New Order, Cyndi Lauper, Big Star, Jefferson Airplane and more.

Not only did Death 2 T.O. not die, but now there are essentially two versions. The Carbon Copy show features members of Goosebump, Leather Jacuzzi, Slutcode, Digits, Blonde Elvis, Weaves, Tough Age, Vanity Phase and First Base dressing up and playing as Devo (their debut album in its entirety), Kraftwerk, Roxy Music, Madonna and the Stooges. Covers are all you’ll hear, even between sets – DJ Little Kicks will spin 100 per cent cover songs.

This annual mash plays music from the 1890s to the present in roughly chronological order – a concept that has now lasted 14 Halloweens (not to mention many other parties in between). This year, DJs Louis Calabro and Matt Cully are working with artist Gram Schmalz to give Lee’s a spooky 90s theme. And what’s spookier than realizing that decade was that long ago?

Local duo Catl go all out with their costumes every year, and their blistering blues is always a high-energy highlight of the spooky season. This year they’ve got a brand new album, the breakneck but mature Bide My Time Until I Die, so expect a lot of new stuff scattered through the Halloween tunes. There will be prizes for best costume, and more raw riffs from Nashville’s Volk.

A good bet for the nerdiest party this season, and also the one with the best costumes, the Silver Snail’s cosplay bash is taking over the Toronto Reference Library with themed rooms, comic-themed selfie stations and a trick-or-treat station. Also: drag performances from Tynomi Banks, Baby Bel Bel, Juice Boxx and Priyanka, music from DJs Phil V and Aeryn Pfaff, and hosting by Laura Desiree. There will be prizes, too, but at a party like this you’ll need to bring your a-game. 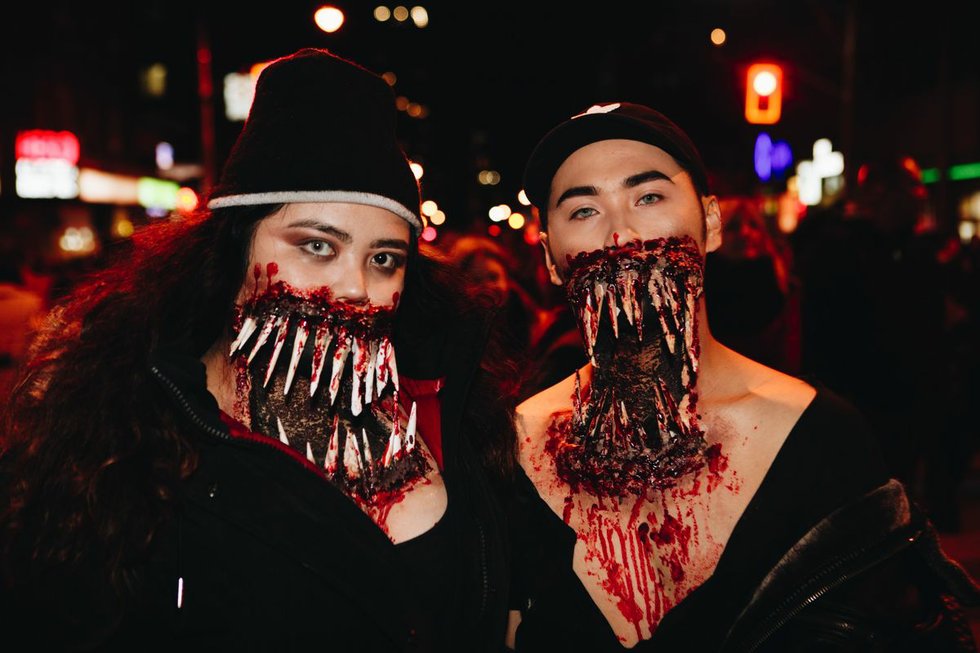 One of the biggest bashes every year, Halloween Freakout is the only event on this list to combine big-room DJs – Andy C, Rusko, Dirtyphonics, Marcus Visionary, Lush, Hydee and Mr Brown – with go-karting, glow-in-the-dark mini-putt and a video arcade. Embrace your inner child and party in the two circus tents. The 11th birthday party you never got to have.

The roving party’s ninth Halloween throwdown has not announced its location yet – on Facebook, the location field is filled out with “You’ll see… oh you’ll see *evil laugh*” – but wherever it is, it’s an institution. Dudebox residents James Redi and Jon Chetty are going B2B and bringing along Justin Lee, Bonita Lunez, Aegis, Minzi Roberta and Shaine CRSB. All proceeds go to Pieces to Pathways and Shelter Movers.

Longtime local rock radio staples Ubiquitous Synergy Seeker are coming to Rebel on their Bonavista Tour, and they’re billing it a Halloween show. So expect some fun looks from them and opening bands the Elwins (do any costumes include handlebar mustaches?) and local Mancunian transplant battle-rapper-turned-Brit-popper Shotty Horroh.

NICK CAVE AND THE BAD SEEDS

So maybe this isn’t officially billed as a Halloween show, but what’s more festive than an arena full of fans watching this howling frontman belt out the ominous Red Right Hand? If that’s not on your Halloween soundtrack, you’re not doing it right.

For three to five minutes or so you can be whomever you want to be for Halloween, fronting a band of skilled musicians with a huge, huge repertoire. It’s like Death 2 T.O. or Carbon Copy, but you’re the one onstage.

A six-block stretch of the city’s LGBTQ enclave, the Church Wellesley Village, closes to traffic and becomes the essential runway for a night. There’s a rich history of Halloween on Church, and it’s an essential date on the calendar for the city’s queer community. If you’re walking the street, stop into just about any bar or cafe and you’ll find countless parties-within-the-party.