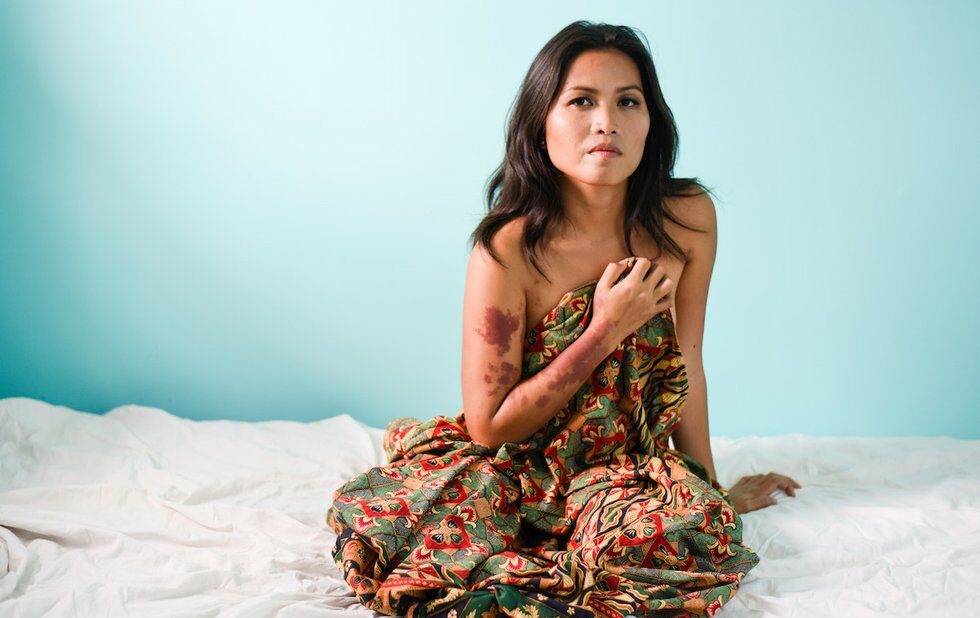 Considering the current state of the world, Han Han’s voice seems especially crucial. The Filipino-Canadian musician raps in her native Tagalog and Cebuano languages on topics ranging from immigration and being a woman of colour to social activism and Pinoy pride.

The Toronto resident, who goes by Haniely Pableo when she works full-time as a operating room nurse, got into music when she moved to Canada in 2006. A poetry workshop early on helped her discover writing – and eventually rapping – as an outlet.

“I was new and had that tension of being an immigrant, so I was trying to explore that,” she says. “The songs on my album directly reflect that state of mind.”

When NOW reaches Han ahead of her performance at the Wavelength Music Festival on February 19, she is in her hometown of Cebu, Philippines, to visit family, shoot a music video and collect footage for a short documentary she’s been working on for two years. Even over Skype, it’s obvious in Han’s voice that she still finds in hard to believe that her music is popular.

“I don’t have any aspirations to be the greatest rap star. I mean, I’m a nurse,” she says, with nervous laughter. “So it makes me anxious to reveal a part of myself that’s a bit more aggressive. I don’t really get to share that on a daily basis.”

She has a show in Manila before she returns to Toronto for Wavelength, where she’ll share the stage with other Filipino-Canadians – musician April Aliermo of Phèdre and dance troupe Hataw.

Han has collaborated with members of Hataw and Filipino tribal music crew DATU since the beginning. She also cites other Filipino-Canadian artist like Aliermo and Casey Mecija of Ohbijou who’ve helped her explore her identity and find her confidence.

“I want to showcase Filipino culture and make it cool and accessible for people,” Han says. “A lot of Asian cultures have an inferiority complex. There’s this colonial mentality that what we have to offer isn’t adequate, so we accommodate. I want to instill pride in Filipino youth and remind them that our culture is already enough.”

Last fall, DATU, Hataw and Han Han appeared in a music video for World Gong Crazy, the lead track off her 2014 self-titled debut album. (Her first new music since then will be a single, due in the fall.) The video featured a neo-interpretation of Singkil and other forms of Filipino folk dancing, traditional Filipino costumes and Southeast Asian instruments like the kulintang (a row of gong chimes) over modern tribal dance beats.

It’s easy to draw comparisons to other “world” pop artists like M.I.A. and Santigold, but Han’s point of view and immense Filipino-Canadian pride makes her different. If you scroll through the reactions to the video on YouTube, it’s clear there’s a yearning for her particular approach to cultural revitalization. Filipino youth living in the Philippines and in diasporas around the world have been yearning for a rapper they can identify with.

It’s not something Han takes lightly.

“Everything I do has to be well thought out because I have a responsibility,” she says. “My goal is for young Filipino immigrants like me to feel like they can relate to someone when they hear my songs.”

That’s part of the reason why she chooses to rap in Tagalog and Cebuano rather than English.

“As an immigrant, you’re always told to integrate, to assimilate, and even when you’re not told that directly, you feel that,” Han says. “Everywhere you go, you speak the language of the institution, but I don’t want to lose my mother tongue. In a way, it’s my form of resistance.”