Who is responsible for harm reduction at Toronto music venues? 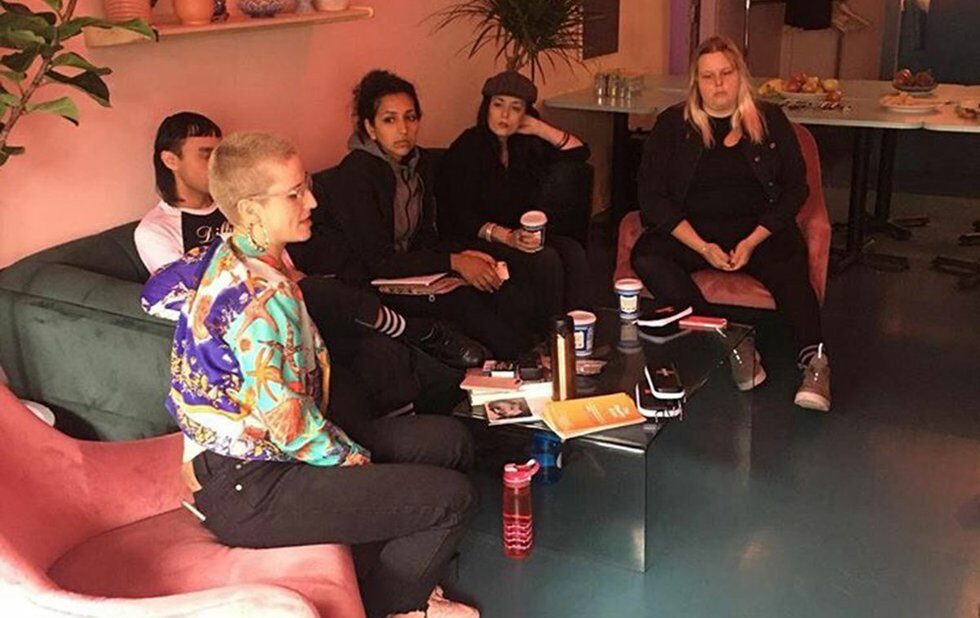 The opioid crisis is killing approximately 11 Canadians every day. While the federal government aggressively criminalizes street drugs and the provincial government pauses safe injection sites, some members of Toronto’s club scene see the death toll as a call to action.

DJs and party-goers are taking matters into their own hands by educating and equipping themselves with all of the necessary tools to respond to overdoses in local performance and party spaces.

The panel grew out of Intersessions, a DJ workshop for women put on by Chippy Nonstop.

“Every time there is an Intersessions, we kind of go down a rabbit hole with questions surrounding drug use, mental health and how to party in constructive ways,” explains DJ Katie Lavoie, who hosted the panel with DJ Stacey Sexton. “We wanted a better platform to have that discussion.”

Community Meeting is a series created by artist Brittney Scott that first emerged in L.A., in response to the sudden death of rapper Lil Peep. Sunday’s panel was the first Toronto edition.

Under SoSo’s moody neon lights, each panelist shared the personal stories that led them to their work in the community and the overdoses they’ve witnessed in Toronto bars and music venues.

“When people take those things into consideration, it really shows that they care about the people coming to their parties and for their health and welfare,” they explained.

“The drive-home message for responding to any overdose is that even if you really think that it is an opioid overdose, you should always call 911,” Adams advised, despite the wariness involved around criminalization.

“In an opioid overdose, the thing the person needs most is oxygen,” Adams continued. “Giving rescue breaths is the most important thing you can do if you do not have Narcan [naloxone spray] on hand.”

“Even if you have Narcan on hand,” Francis added.

The panelists and hosts spoke about our collective responsibility for harm reduction.

“Every person who walks into a party is responsible for themselves but we need to look out for each other,” said Adams. “Of course the promoters and venues have more of a responsibility, and perhaps a liability, but I do think that all people need to take responsibility.”

Each attendee left with a naloxone kit after Adams and Francis led tutorials on how to use them.

“I bring my naloxone kit everywhere,” Sexton added after the discussion. “Even if I’m not partaking in anything, I just want to look out for other people around me.

“I don’t know everybody who comes to my parties,” Sexton continued, “but I want to make sure I’m ready to take care of anyone that enters that space – and take care of myself, too.”