NOW MagazineMusicFeaturesHaviah Mighty’s Canada Day message: “We have so much work to do”

Ahead of her performance as part of the city of Toronto's Canada Day celebration, the hometown rapper premieres a powerful video about the history of anti-Black racism 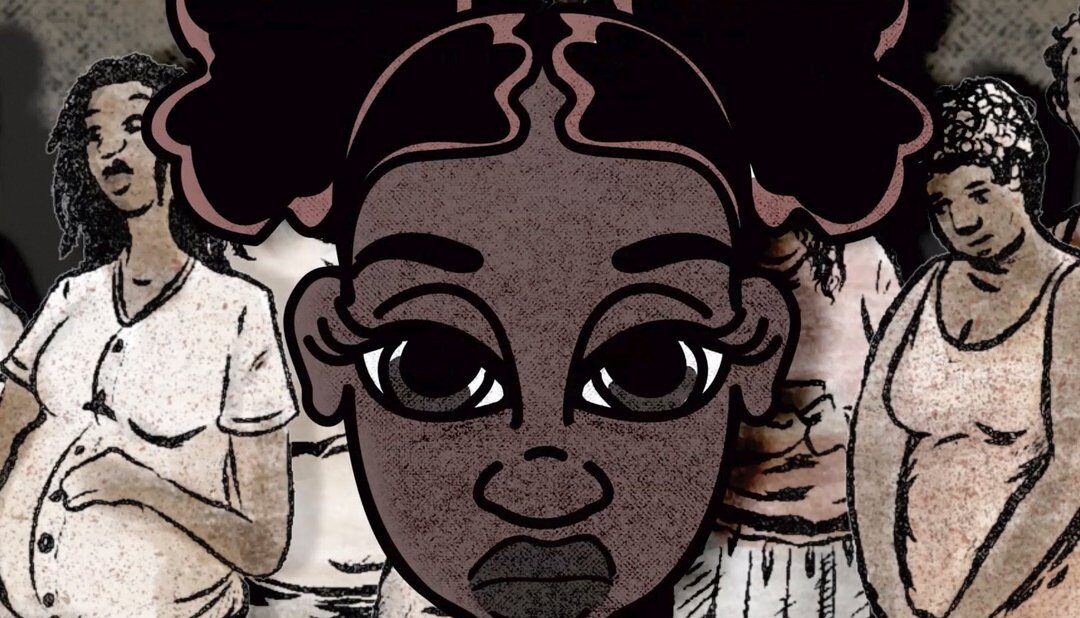 That line ends the song Thirteen by Toronto’s Haviah Mighty. It’s a powerful ending to a song that somehow manages to capture hundreds of years of history in just over three minutes, a song that traces the lineage of anti-Black racism from the slave trade into the prison system and the trauma that Black people carry around today.

The song was the centrepiece of the rapper’s Polaris Music Prize-winning album 13th Floor, and its message continues to resonate a year later as protests against the police killings of Black and Indigenous people are galvanizing people to make change. The song presents a view of history that Mighty thinks we need to sit with, especially on Canada Day.

That’s why she’s premiering the new video for Thirteen and as part of a live performance she’s doing from El Mocambo as part of Toronto’s virtual Canada Day celebration today (July 1) on YouTube at 7 pm and on CBC at 8 pm. The video, animated by Theo Kapodistrias, is a graceful time lapse that captures the scope Mighty covers in the song, taking us into her head and making us feel her emotions. Watch the video below and keep reading to read all the insightful things the rapper has to say about Thirteen’s inspirations.

The song and the video have such a huge scope, but it feels so urgent and present, linking slavery and the prison system to everyday struggles of Black people today. Why was it important to take such a long view with it?

As Black people, it’s important to understand our history. As a young person, we go to school and we learn about our ancestry, that we literally taken from the motherland. That’s where it starts for us. It’s hard to be proud of your ancestry when you’re told that this is where it started.

I think it’s important to feel empowered by identifying with what you come from. I think every type of person should be proud of the type of person that they are. I just think it’s really difficult for Black people to find that.

The legacy of Black people has been stripped to be something unrecognizable. We don’t know where we came from. We don’t know what our accomplishments look like. We just see and feel the dehumanizing that has happened and the trauma that carries through with that. But what preceded that?

The song has a direct reference to the 13th amendment, which abolished slavery “except as punishment for a crime.” How did that inspire you to write Thirteen?

When I was working on the song initially, my goal was to write a powerful song because 2oolman’s production was so powerful for me. It really spoke to me and I wanted to do something that felt meaningful.

I wrote a whole other version of the song on that production, sort of a letter to a young Black man, a friend of a friend of mine who’s in jail. And then there was was a terrible stabbing, and that inspired me to write another version of the song. I was trying to find something that mattered to me, and I did that twice, but it felt a bit too specific to the situation both times. It was good to talk about, but it just didn’t feel right.

And then one day I just stumbled upon the 13th amendment. Actually reading it, and understanding it in layman’s terms, the song just started pouring out of me. It gave me this umbrella way of looking at [the incarceration of a young Black man], where I could see what I was writing about on a global frontier and a historical frontier: what they wanted you to be born into, you haven’t been able to escape it.

So I rewrote the whole song but from the scope of understanding the parallels between the transatlantic slave trade and slavery and the prison system. There’s so many parallels down to the letter of the law, the things they make [prisoners[ wear, the way they’re identified and the way they’re dehumanized. The 13th amendment tells you that in plain English.

A lot of your other music is more personal, but it’s speaking from your specific perspective as a Black woman in Canada. Was that an important thing to take that wider view here talking about systemic racism?

Absolutely. I grew up in a predominately white area in Toronto. We were a large Black family: mom, dad and four daughters. We were just massively targeted as the only Black people in this area. So I grew up with racism in Canada, in Toronto. I grew up not being allowed to leave my house unless I was going to school, because otherwise the kids would call you names or they would throw balls at you in the park or their dogs would chase you.

And you go to school and you learn through teachers. I’ve had teachers try to deem me and my sisters unable to learn, as having anger management problems. That makes you unable to grow as a child because they’re putting you in a category you don’t actually belong in. You learn that when the other little boy calls you the n-word and you say f-you back, you’re going to be the one who gets in trouble.

And you learn through your parents. Like trying to move to certain areas, but the real estate agent giving you listings in areas you specifically said you didn’t want to live in. You learn, no, Black people live in Malvern and Scarborough, that’s where you’re supposed to go. You’re not supposed to live in Brampton or Mississauga, that’s for nice white people.

There are obvious examples of racism. Somebody pointing at me and calling me the n-word, I don’t have to ask somebody that’s white if what I felt was racism. But as I’ve gotten older, racism looks different. It’s not as overt, now it’s a little bit covert. Like, when I got to college, it was people making jokes about what type of food I might like or calling me whitewashed in certain settings but blackwashed in other settings – always being reminded of your colour. Or people actually using the n-word with you, but then saying, oh, but I used it in an endearing way.

There’s a lot of little things. And I call them little because it’s been so indoctrinated in me that because I haven’t been hung from a tree, I haven’t experienced racism. I’ve been trained to think that all those little instances are not that bad. Because every Black person has to deal with them, it’s kind of just life – and it is. That’s how it’s been for as long as I’ve been on this earth.

I’m hoping other young individuals never have to grow up in that. That’s why it’s so good to see protests and marches, people finally speaking out in a way I’ve never seen firsthand. Because as shitty as my experiences were growing up, my mom’s were so much worse. My dad’s were sooo much worse. And if we keep going back to my grandmother and then back back back, it still gets so much worse. That mental trauma that we’re carrying is so heavy. I’m really hoping that we can lighten the load for people.

You know, I am in a place of privilege. I’m a recognized musician. I’m given this platform, this space to be my authentic self and I get to be proud to be. People give me a mic and they let me speak on things. And that’s not what being Black feels like. So I feel responsible to use that privilege to utilize my voice on the behalf of people that don’t have that space to speak.

The 13th amendment is a specifically American reference, but you’ve talked about how it affects you living in this country. And you’re releasing it on Canada Day. Was that a specific decision?

Yes, I’m very excited to be putting this out on Canada Day. There are so many parallels in what we think we know about history and what we don’t know about history. The song is about the U.S. Constitution, but when you listen to it, I think it’s obvious how that impacts Black people globally.

I’ve been told in literal plain English “you have not experienced racism because you are not American.” That’s not true. We pretend that we’re different, but we’re not. Our history speaks to it. We pretend that we haven’t imposed treaties or legislation to condemn certain communities. We have. And there are so many examples of anti-Black racism and even slavery in our own past. So much like U.S. history, Canadian history is a lie.

I used to be very ignorant to the celebration of Canada Day. I celebrated Canada Day as a child and had no clue of what it represented, what it meant to Indigenous people and to Black people here. I didn’t ask questions, I wasn’t taught it in school. Most of us were not. How long have we been doing land acknowledgements? I had to learn. And I learned that celebrating [the holiday] uncritically is a slap to so many people’s faces, including my own.

The song ends with the line “Man, we have so much work to do.” Do you see that as a call to action?

One hundred per cent. I think what’s beautiful about it is I wrote it a year ago. And I’ve been performing it since then. But now I think people might actually take that last sentence seriously because there’s been a call to action for so many people, even for so many white people.

In a way, it really does feel like we are in a revolution. People who really feel like they’re on one side are going to take that side, and the people who really feel like they’re on the right side, which is the human side, we’ll take that side. I love it that way. I would love for racism to not be as covert as it has been in Canada for my adult life. Let it be clear, so we can create that separation. You do what you gotta do. And I’m over here spreading positivity with people that want to share that with me.

If you look back at history, you can see that these conversations have actually created change. Sometimes the way it’s looked back at, it’s like this colonist had a change of heart and let all the slaves go. No, it usually didn’t go like that. It’s usually a bunch of protests, it’s marches, it’s sit-ins, it’s pressure applied to the system, it’s blocking a road. We’ve applied that pressure before. And we can do it again. We can make positive change. We’ve made a lot of positive change in the past. And we can make more.