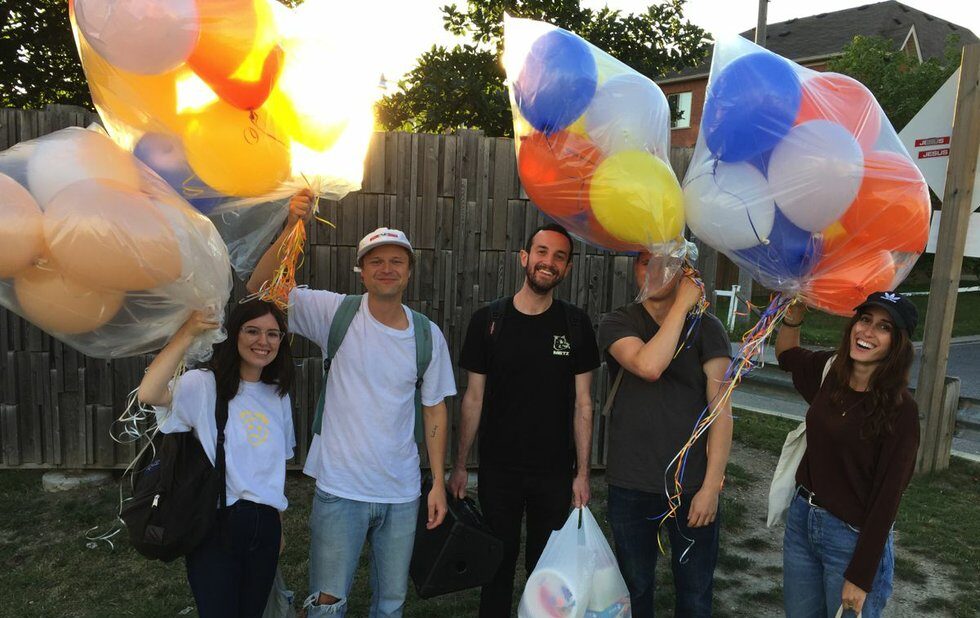 It’s Tuesday night (August 22), and the heavily anticipated new Alvvays album Antisocialites plays over the makeshift speaker set-up of a TTC streetcar. Members of the local fuzz-pop band hop on and off the vehicle to distribute free pizza, pop and T-shirts to fans, who are all having a blast.

Menno Versteeg, lead singer of Hollerado and co-head of Royal Mountain Records, is there too, happily greeting people on the streetcar he’s specially commandeered for this listening party for Alvvays’s sophomore album (which the label will release on September 8). As the lonesome electro ballad Forget About Life rings out, Versteeg holds his arm out to show me that the song gives him goosebumps.

It’s a memorable way to tease Alvvays’ new album, but the unique event also highlights Versteeg and Royal Mountain’s ultimate mission: to build a community of like-minded friends while shining a light on great independent bands.

“That was the ethos that it started on and luckily we’ve been able to maintain that,” Versteeg says.

In addition to Alvvays, the label’s roster includes perma-chill songwriter Mac DeMarco, punk powerhouse PUP and sludgy trio METZ (whose new album, Strange Peace, is out on September 22), all of whom have helped to make Royal Mountain one of the fastest growing institutions in Toronto’s music scene.

That’s especially impressive given the label’s humble origin. Versteeg and band manager Adam “Bix” Berger co-founded it back in 2009, initially as an imprint for Hollerado’s music and then as a way to help friends release their own albums. From the beginning, they’ve eschewed industry conventions and taken an artist-first approach to doing business. Their DIY style was made possible when Hollerado won a whopping $250,000 in a battle of the bands contest shortly before forming the company, which seeded their self-reliance.

“We didn’t owe anyone money and we could be super fair to the artists,” Versteeg tells me a few days prior to the streetcar listening party. “The deal that I would want is the deal that we would offer people.”

So, does Royal Mountain turn a profit?

“Yeah, it does actually,” Versteeg says brightly before adding, “not a lot.”

“Our staff is awesome and they all really believe in what they do,” he says. “We have full-timers working for part-time money, and that’s myself included. I’m not making any illusions that we’re getting rich.”

What began as a two-person operation has now turned into a full-blown record company. Today, they’ve got five full-time staff members plus a collection of regular contractors who they hire for accounting, radio promotion and more.

During our interview, Versteeg takes me on a tour of Royal Mountain’s impressive three-level headquarters in Runnymede, which includes a jam space on the main floor and an upstairs loft with desks and a kitchenette. Everywhere you look there are posters from label acts and boxes packed with vinyl records.

What’s more impressive than the building is the fact that Versteeg has managed to turn his passion project into a thriving business without losing any of his childlike enthusiasm for music. His energy is infectious: when the subject of the new Alvvays LP comes up, he calls it “one of the best records I’ve ever heard.” From his awed expression, it’s clear that he’s speaking as a fan rather than as a label exec.

As excitingly unique as Royal Mountain’s business model is, it’s the consistency and quality of the roster that sets the label apart.

“It really should be about the bands,” Versteeg says. “The music industry people who think it’s about them are the absolute fucking worst.” 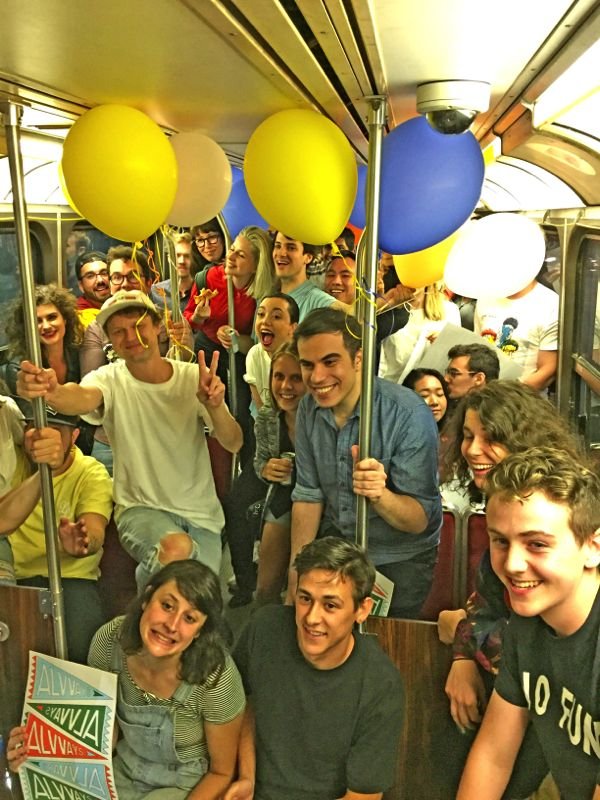 Menno Versteeg (white hat) and (at the back, left to right) Alvvays’s Kerri MacLellan (glasses), Molly ­Rankin (with ­pizza) and Alec O’Hanley.