How SSION’s Cody Critcheloe got his pop muse back

"The idea of rock ’n’ roll is so dead and exhausted. I even feel bad for people who want to play typical rock music because they end up drowning in a garbage bag of clichés." 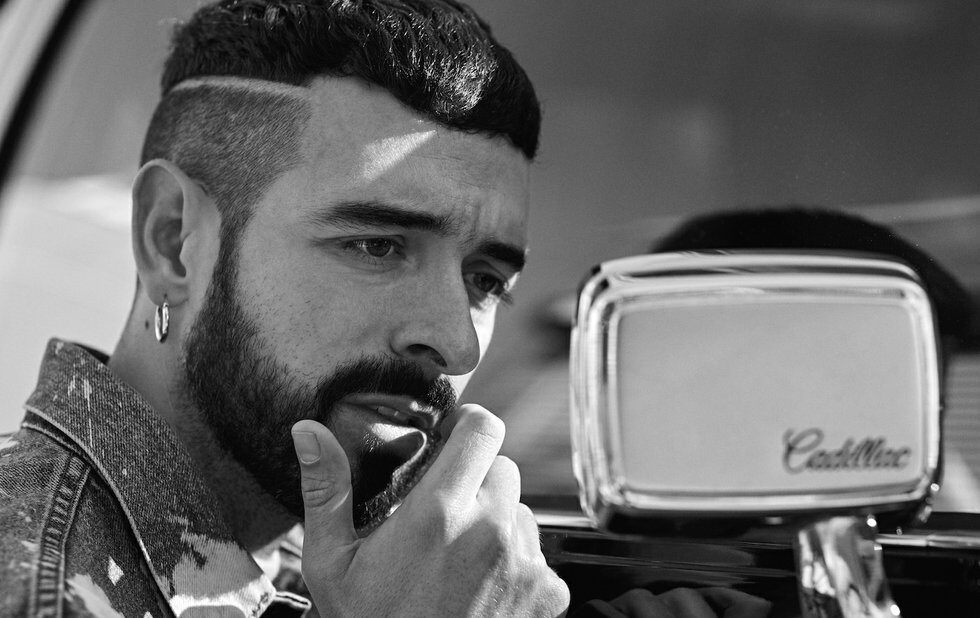 The pop charts may have devolved into a wasteland of painfully heterosexual posturing, but when the mainstream abides the underground provides.

Not that artists capable of delivering polished and extremely solid pop music aren’t bringing gender fluidity, feminism and queerness to the masses: Kehlani, Charli XCX and Sophie are just a few with growing audiences.

So it feels like an opportune moment for the re-emergence of Cody Critcheloe, a multi-hyphenate pop act who has performed under the name SSION (pronounced “shun” as in “passion”) for the past 20 years.

“It’s finally starting to shift. People are legitimately fucking with gender, getting weirder and bringing outcasts into a more mainstream fold,” he says over the phone from Little Rock, Arkansas ahead of the kick-off show for his tour opening for loud-and-proud powerhouse Beth Ditto.

Critcheloe is about to release his own album of extremely solid pop music, O (DERO Arcade). Like 2012’s given-away-for-free Bent (Dovecote), the record distills a huge amount of his formative influences into scathing, hilarious and beautifully crafted songs that seem to spring from the stasis of over-networked life.

Started during his high school years in Kentucky, SSION evolved into a collective of artists when he moved to Kansas City, Missouri, and began creating elaborate DIY music videos and stage shows with friends just as YouTube was becoming a thing. He gained a rep in the queer underground – he first performed in Toronto at the Pride edition of late promoter Will Munro’s beloved Vazaleen party 10 years ago – and fashion circles, but when Bent didn’t take off, he shifted focus to the visual side of SSION.

“It sounds cheesy, but turning 30, you get this idea of what you’re supposed to have accomplished,” he says. “The punk in me left for a bit. I was questioning: should I be a director? People don’t take my music seriously. I should be behind the scenes so I can be taken seriously. But then I was like wait, what? Who gives a shit? Why was I on that trip?”

Granted, he was in an enviable position as a video director. He had established his own instantly recognizable aesthetic that – like his music – superimposed the anarchy of shoegaze and Riot Grrrl onto confrontational, colourful and campy dance-pop that skips wildly between references. Kylie Minogue, Robyn and Perfume Genius sought him out to direct.

He’s now applying what he’s learned working for others back into SSION. The video for lead single for O – appropriately titled Comeback – was shot in Kansas City, and brought together long-time Ssion cast and crew members with newer collaborators from Los Angeles and New York City, where he’s now based.

Right now, he’s anxious to release the epic video for the ballad At Least The Sky Is Blue, which stars the song’s featured guest Ariel Pink as “Elizabeth Taylor in a wheelchair” and Critcheloe as Liza Minnelli.

“The song and video are about this very specific point in my life of being single, couch surfing and living through other people,” he explains. “Having friends that are more successful than you and being lost in this world that is not really yours, but you’re kind of a part of it.”

A feeling of in-betweenness reverberates throughout the song, and elsewhere on O, which frequently diverts from big, crunchy power chords and punky chaos into anthemic dreaminess. Critcheloe worked on it with several collaborators including Nick Weiss (Teengirl Fantasy), Sam Mehran (Test Icicles) and MNDR.

“The centre of the story is falling in love with someone based on the potential that you see between the two of you,” he adds. “It leaves a bigger stain on you than actually having a relationship because you create such a fantasy in your head about what could have been. For some reason, 20 years later you’re still thinking about that person because it’s been so blown up in your head.”

The video also sends up banal gay “woof culture” and dating apps like Grindr, which is also the subject of the riotous Dogs On Asphalt, which features denim icon Jennifer Herrema of Royal Trux snarling over thundering digital noise. In a deadpan Jim Reid-esque baritone, Critcheloe sings: “Fuck with me if you party ’n’ play.”

A longtime fan of Herrema, Critcheloe made hand-painted dolls of Royal Trux and mailed them to the band as a teen. When a mutual friend told him Herrema has them on display her house, he took a chance and invited her into the studio.

Another standout, the soaring 1980-99, is a duet with Sky Ferreira and features Hole’s Patty Schemel on drums, and he recently landed cult pop star Róisín Murphy for a spoken-word interlude that he describes as “a TED Talk if you were tripping on acid.”

Reaching out to his musical heroes was a surprisingly easy and validating process.

“It’s always thrown to the side that I write songs or have, like, any musical ability whatsoever because the visual side of SSION is so strong,” he says. “It was really exciting that people that I looked up to musically would want to do it based on the songs alone. That meant a lot to me.”

Growing up in the 90s, there were no out music stars to idolize and so he was naturally drawn to women like Herrema, Courtney Love and bands like Bratmobile. Today, he’s not sure who he would worship if he were a teen now because the idea of being an outcast is so different.

Gayness is more accepted and it’s easier to connect with others online. Would he even be an outcast? Or a total Top 40 whore?

“I LOVE Tyler, The Creator. I’m obsessed with everything he does. Hip-hop is the only place humour can get in. It’s the only place where rock stars exist anymore,” he says. “The idea of rock ’n’ roll is so dead and exhausted. I even feel bad for people who want to play typical rock music because they end up drowning in a garbage bag of clichés.

“It’s like, eych,” he adds, making the sound of a cat coughing up a hairball. “So terrible.”

Part of what makes O so much fun is hearing all his queer and nerdy references in music that doesn’t separate punk or pop into silos, or force them into some sort of contrived hybrid format. The songs sound messy and loud, and also hooky and bouncy. Whether the mainstream embraces SSION this time around or not, you can tell he feels good about it.

“This record is a dream come true for me,” he says. “I just want to listen to it from beginning to end.”