We got a tour of the archives ahead of the debut of From The Vaults, the new show that dusts off rare and historic musical performances 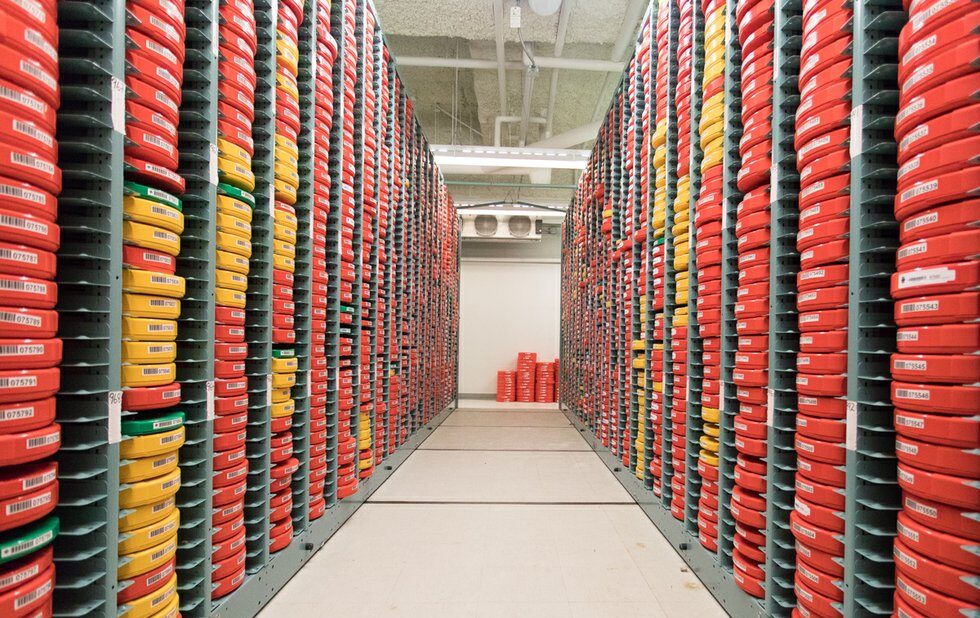 The CBC is throwing open its vaults. At least partially.

Over this time, the CBC has built up a vast archive of audio and visual content. It’s impossible to quantify, but at least one person has tried. In 2016, Russ McMillen, coordinator for CBC’s mass digitization project and our tour guide through the vault, travelled to every CBC outpost across Canada and counted everything, coming up with about 1.4 million “assets” in total across 1,800 collections. It amounts to 90,000 reels of film, and about 135 years worth of audio and video, if you were to listen and watch it all in a row.

Many of the formats are now obsolete or on their way out, so before the equipment to play the material goes extinct, the CBC undertook a major digitization project that started in 2010, centring around the vault at their Toronto headquarters at 250 Front Street West. That process has uncovered some amazing material, much of it unseen since its original airdate. 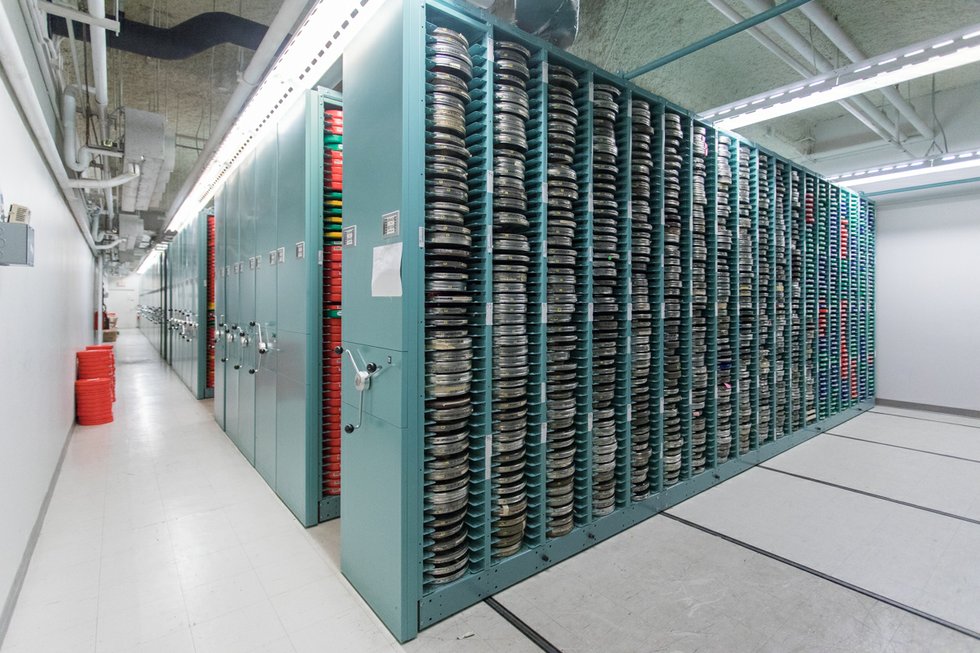 And rather than let it languish in the vault or succumb to vinegar syndrome, CBC has handed the keys to music documentarians Banger Films (creators of Hip-Hop Evolution, the Tragically Hip film Long Time Running and more). Along with in-house hosts Tom Power and Amanda Parris, they’ve put together six episodes of From The Vaults, a new six-part series debuting tonight (Thursday, November 15) at 9 pm and running every Thursday after that. You can also watch it online.

There’s roughly 222 minutes of CBC archive footage in the six episodes, but there’s about 1.2 million hours being preserved, so the producers had to make some choices. You could make whole mega-series about just news or sports, but Banger started with what they know. 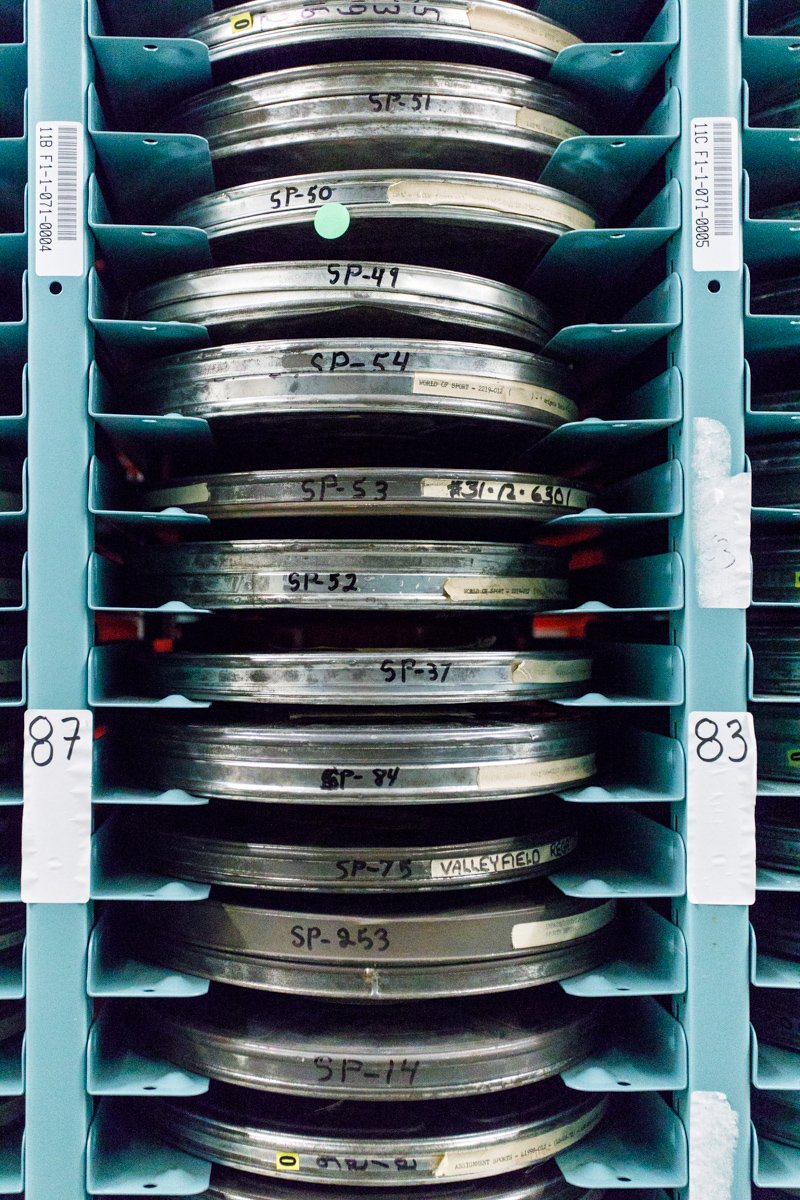 “You know, we’re all music nerds at Banger,” says executive producer Sam Dunn. “Before The NewMusic came along and before MuchMusic came along, CBC was the only network in Canada that was putting music on television. And so that explains why the archive is so vast, and why there are so many musical gems in there. Personally, that’s my motivation.”

Truth be told, that’s my motivation too. So while other members of the media tour lob technical questions about ideal temperature control, how to digitize quarter-inch canisters and the intricacies of quality control software, I’d rather hear about what’s on the spools and records and tapes, whose labelling isn’t intuitive to those without a degree in library science. Like the rare Leonard Cohen interview they’ve found in the Maritimes. Or the legendary off-the-cuff 1966 televised blues jam between Muddy Waters, Willie Dixon, James Cotton and others. Or the 60s Adrienne Clarkson-hosted performance by the Who – apparently a last-minute fill-in for the Kinks. 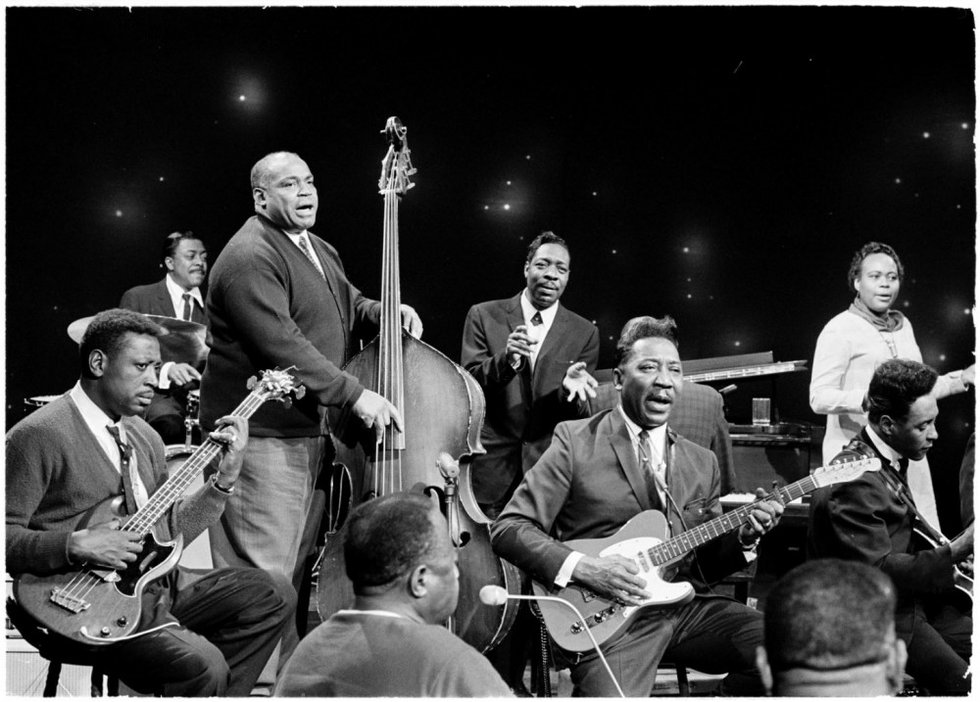 That’s some of the stuff you’ll see on From The Vaults – much of it living in collectors’ whispers and archivists’ journals until now. Hosts Powers and Parris, often filmed speaking from these vaults (impressively masking their shivers), spend much of the show hyping these gold mine performances – for instance, a “holy grail” performance by Bob Dylan from 1964 that ends the first episode, one of his earliest appearances the year after he famously walked off the Ed Sullivan Show for being denied the right to play a protest song. But we often see just clips of these breathtaking performances, interrupted by talking heads (music historians and other artists) telling us why they’re important.

It’s a bit frustrating for the music nerds Dunn is talking about, though he does promise one full performance from each episode as a “digital companion.” The idea of opening the vaults to the musical gems in their archive seems like something the national broadcaster should be doing, and it feels so obvious you almost wonder why it hasn’t happened before. There are answers to that. 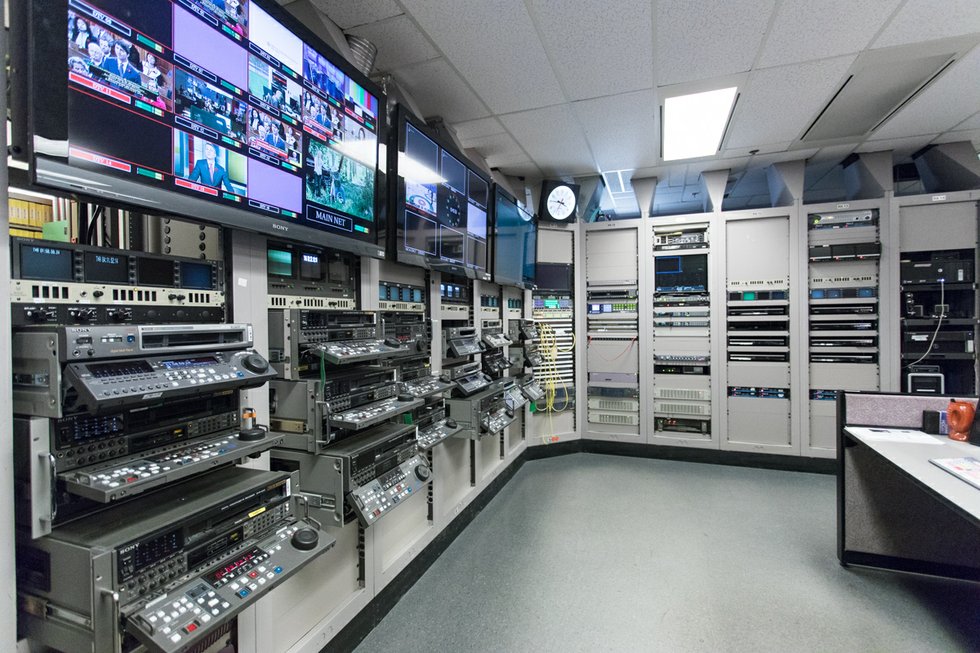 Part of it is this digitization effort, but it also has a lot to do with the labyrinthine world of music licensing and clearances. But, says Dunn, the fact that there is so much great music on the show is because of their efforts and traversing them.

And there’s some amazing music on the show. It’s where you can see the aforementioned blues jam, Joan Baez playing an anti-war song at the height of Vietnam, a young cowpunk k.d. lang being watched and critiqued by a present-day k.d. lang, or Jackie Mittoo and Oscar Peterson writing new languages for Canadian reggae and jazz, respectively. The documentary-style context is entertaining and informative. But it doesn’t come without a solid helping of CBC-style self-congratulation.

Every episode is given a theme, with four segments representing their own mini-themes. The first episode, Land Of Opportunities, features mostly American artists playing in Canada because of the more liberal politics that let them do so. While watching clips of Sammy Davis Jr.’s short-lived CBC show, we’re told “it’s important to remember that the history of race in Canada, while it’s a very specific history, is not the same as the history of race in the United States.” 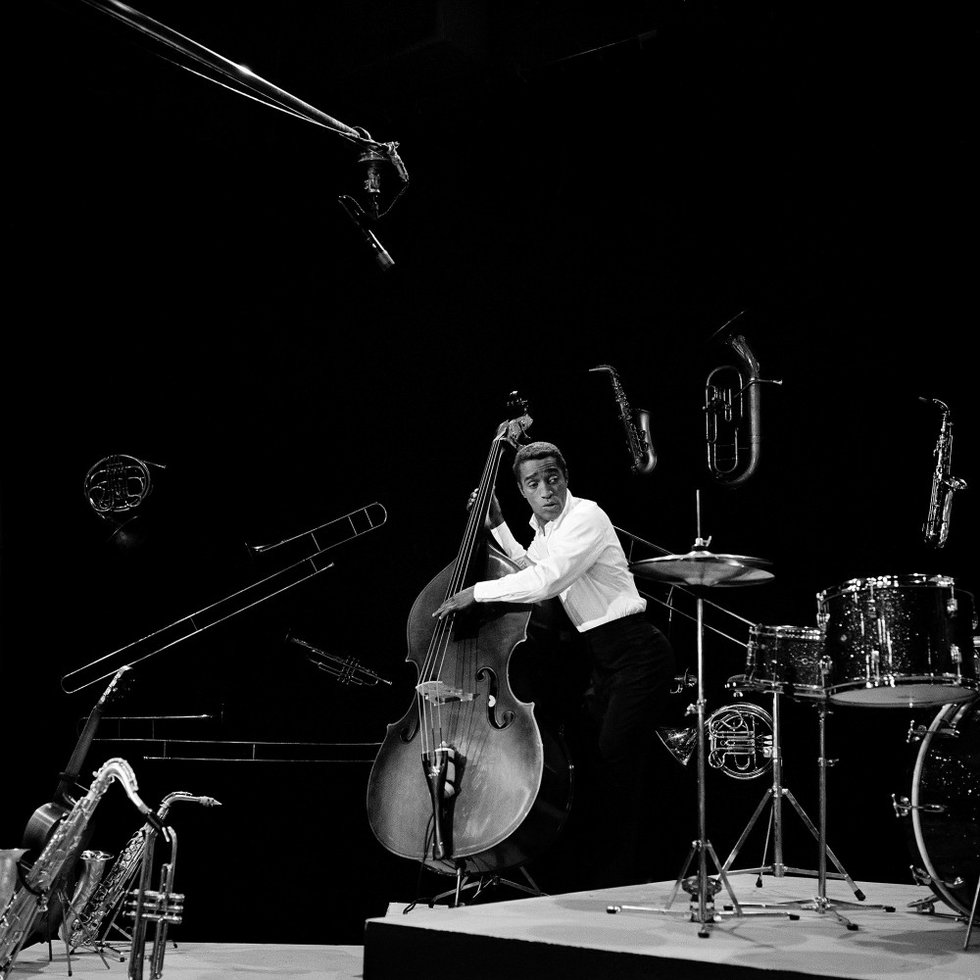 Or in a segment on Lillith Fair that critiques how women were treated in the music industry of the 90s, we’re reminded that, while many were resistant to an all-women music festival at a time when two women artists couldn’t be played back-to-back on the radio, CBC “picked up on the brilliance of Sarah McLachlan.” As much as it’s about music and Canadian culture, it often feels like From The Vaults is about CBC itself.

One of the most intriguing parts of the archive tour is a big shelf full of vinyl. It’s not the whole collection but mostly the really rare stuff – records that might only have one single copy. It reminds me of the Native North America album, much of which was sourced from CBC’s collection. Some of the Indigenous folk and rock groups on the album were only ever able to record for those CBC shows, and so the mother corp casually owns their documented legacy. 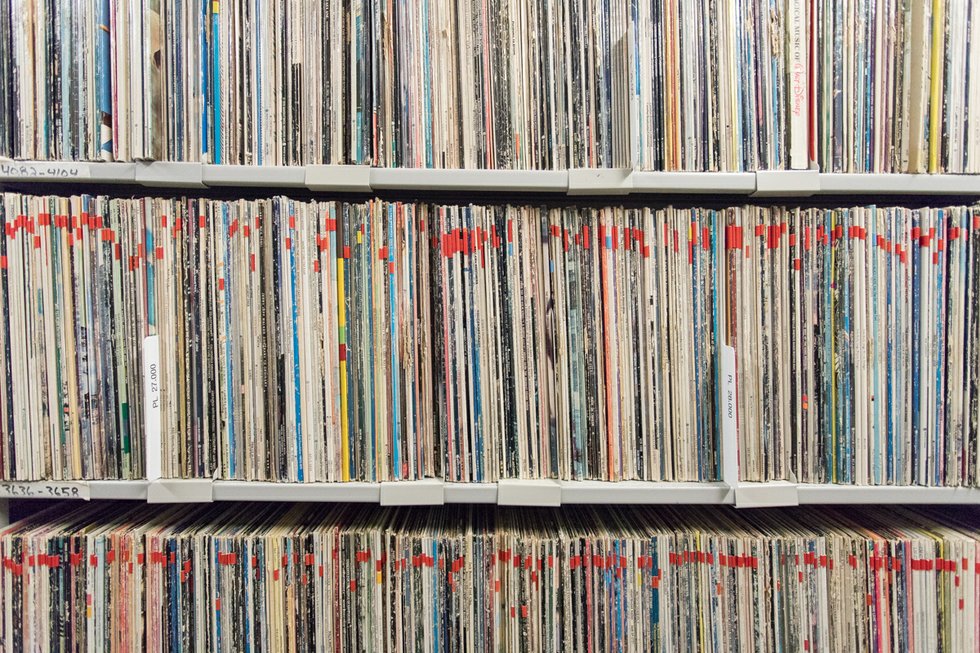 “Part of the project behind the digitization is to make this stuff re-discoverable for content creators,” says McMillen.

That’s a noble project. This material should be available. The question is: how widely and how freely? And at what point do you let the music speak for itself? 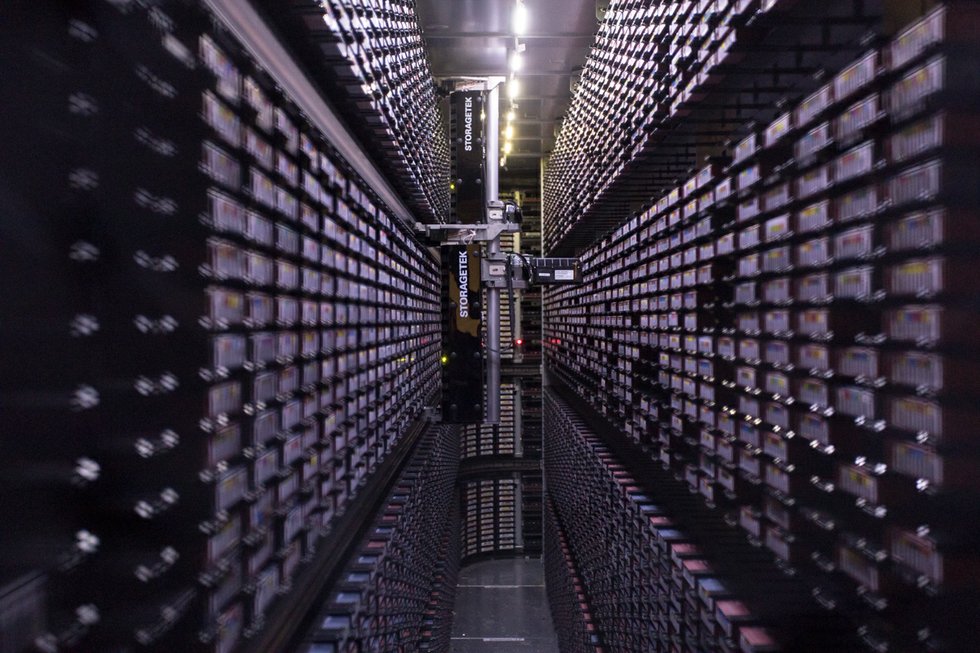