On his new solo album Sunshine Rock, the Hüsker Dü and Sugar legend gets optimistic in a time of sociopolitical turmoil, while also reflecting on days gone by 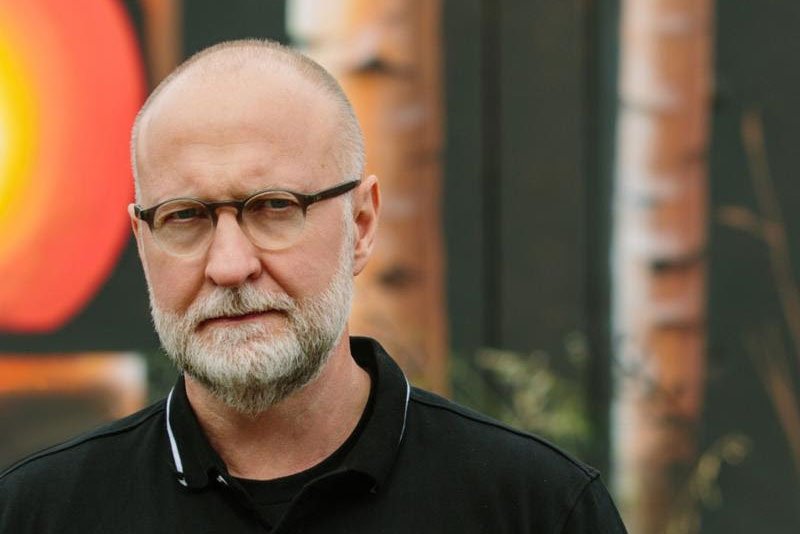 “I’ve been hearing ‘rock is dead’ for something like 30 years,” Bob Mould says. “But this is just what I do. And I’m not dead.”

Bob Mould is no stranger to Toronto.

Looking back at his three-decades of history touring here with various bands is like perusing a museum of great punk and indie rock venues: Larry’s Hideaway, the RPM, even the Diamond Club – the precursor to the Phoenix Concert Theatre, where he’ll play with his band on Monday.

“Yeah, I have some history there,” he says over the phone from San Francisco (he splits his time between there and Berlin).

That history continues to present day – when I reach him, he says he’s just had an hour-long texting conversation with Damian Abraham of Fucked Up.

“Is he asking about old Canadian punk bands?” I ask, remembering Mould’s 2013 cover of the Viletones’ Screaming Fist with local writer/musician Sam Sutherland at the Horseshoe. (Mould grew up in Malone, New York, near the Canadian border, and record-shopped in Quebec, which gave him an appreciation for bands like the Diodes and DOA.)

“No, mostly about professional wrestling,” he says.

At least I know this isn’t going to be the nerdiest conversation he has today.

Throughout our talk, Mould is generous with his reflections, telling me about the notebooks his indispensable first band Hüsker Dü used to keep listing whose floor they could crash on in their early punk days. By the time his they played Toronto, in 1985, they’d already graduated to “everyone packed into one small hotel room,” but it was still a common touring destination in the band’s major label years.

It’s somewhat surprising to hear him indulging all the bygone-talk. While Hüsker Dü is held up as one of the most influential punk bands of the 80s, Mould has been surprisingly unsentimental about it in the decades since they broke up. He still plays a lot of the songs with his current Bob Mould band, but he’s resisted nostalgia shows and reunions even while reissuing many of the band’s albums over the course of the last decade.

“I’m not much of a nostalgic guy,” he admits.

After helping set the template for grunge and alt-rock in the 90s and then becoming alienated by it, throughout most of the 2000s Mould broke away from the big sweeping guitar chords and melodic, emotional power pop hooks he’d become known for, instead experimenting with electronic textures. He embraced his gay identity after remaining publicly closeted for most of his early career and he began DJing shows in a duo called Blowoff and even spent a year booking for World Championship Wrestling in 2001 (hence the texting with Abraham earlier). Many even credit him with opening the doors to those outside the wrestling business to work within it.

He gravitated back to his full and cathartic guitar-heavy sound over the course of this decade after writing a 2011 memoir, See A Little Light. He’s at his best in a power trio – think Hüsker Dü and Sugar – and he’s found a seriously powerful one with Jason Narducy and Jon Wurster (of Superchunk). They put out a trio of albums between 2012 and 2016 – Silver Age, Beauty & Ruin and Patch The Sky – that were his most beloved in years, pure blasts of melodic guitar rock at a time when that style was becoming less and less fashionable.

“I’ve been hearing ‘rock is dead’ for something like 30 years,” Mould chuckles. “But this is just what I do. And I’m not dead.”

Those three 2010s albums were actually meant to be a trilogy, but the recently released Sunshine Rock (out now on Merge) brings the total up to four. Where his last few albums were emotionally dark, informed by the death of his parents, this one is bright and happy, laden with string arrangements and literally sunny – there’s sunshine imagery all over it. It’s a semi-intentional flipside of his 1990 solo album Black Sheets Of Rain. Now, again, he’s going against the trend, putting out an optimistic record during a time of sociopolitical turmoil.

That’s not to say it’s all sunshine and roses – though there are literally songs about sunshine and roses. There’s still a ton of punk drive and throat-shredding vocals, not to mention personal reflection. The song The Final Years looks back at his days of youthful abandon and asks, “Where did I put my sense of misplaced rage? What do we cherish in our final years?”

I ask if it’s informed by the death of his former Hüsker Dü bandmate Grant Hart, who Mould has had a rocky relationship with since the group’s breakup. In a way, he says, but also from putting together and releasing Savage Young Dü, the Numero Group’s 2017 compilation of the band’s early work. Between that and a big reissue campaign of their studio albums that’s lasted most of the decade, Mould has been focusing on his early work while still writing new stuff.

“It’s kind of like living in the past and the present at the same time,” he says.

Another case in point: midway through the tour that takes him to Toronto, Mould will play a pair of 40th anniversary shows in Saint Paul, Minnesota, where Hüsker Dü began.

“I’m up to my eyeballs in this [project], but it’s been nice to get another album and it feels really good. I don’t really have any expectations of what I’ll do next, but I don’t think I’m going to say ‘this is it.’”