The musician, producer and author talks working with The Pursuit of Happiness, how music has taken a backseat to branding and why he's a "parable of self-reliance" 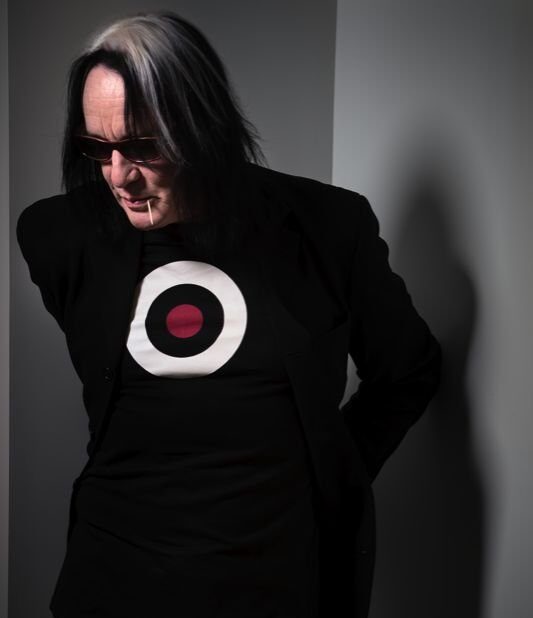 Todd Rundgren describes his philosophy as a “parable of self-reliance.” Since his 1970 debut solo album, Runt, the impish art-rocker has not only raised the bar for instruments played by one person but completely evaded commercial expectations.

As a producer, the 70-year-old Philadelphian (now based in Hawaii) has spun gold for everyone from Meat Loaf to XTC, Hall & Oates and the New York Dolls. As an artist, he’s best known for the hit songs I Saw The Light, Can We Still Be Friends and Bang The Drum All Day.

Rundgren’s career also includes a number of Canadian connections, including a formative recording gig with Robbie Robertson and The Band, a 2010 biography written with Paul Myers (brother of Mike) and two albums produced for Toronto power-pop heroes The Pursuit of Happiness.

“His incredible body of work is the result of a true artist following his muse, even when it took him places others may not have gone,’ says The Pursuit of Happiness’s Moe Berg. “Young artists need to know that this is the only way it really works.”

Late last year, Rundgren released The Individualist, an autobiography exploring the epiphanies of his first 50 years. His accompanying tour – with a song selection mirroring that time period, with intros and stories – will bring him to the Danforth Music Hall for two shows, as well as a book signing at Sonic Boom on Sunday (April 28) from 2 to 4 pm.

Your new book is named after your 1995 album, The Individualist. Was that an especially significant release for you, or did you title it that because you started writing around that time and ended the book there?

It’s probably a bit more of the latter. I started writing the book in the 90s and that was the most recent original album I had done. It seemed like a good tie-in and also the record reflected a philosophy that permeates the first 50 years of my life, which is this parable of self-reliance.

Do you consider yourself an individualist?

Certainly that was my mantra for the first 50 years of my life. I had to temper that after I got married and had kids. My life became more about taking care of my family and finding a way to survive in this new musical environment. My whole relationship with the music business evolved because production wasn’t as important, partly because the major labels weren’t doing deficit financing of records, so the big advances weren’t there anymore. The evolution of technology since then has only reinforced that.

How else do you think that environment has changed?

We may still be in the midst of it. Things have become overcompensated in the entrepreneurial direction. Music has become less central and important than building a personal brand. It’s now just as important to dress crazy and pick Twitter fights with people as it is to put music out. Quality has suffered in that sense, but it’s also become a lot more horizontal. It used to be very vertical with only 40 songs somebody picked to put on the radio. Now there’s all kinds of music out there, but unfortunately most of the things you hear about are the most feckless.

What was it like working with Paul Myers on his book, A Wizard, A True Star, and what did you hope to do differently with your book?

Paul has a specific approach to the books he does. They’re obviously about his love of music, and less about the personality aspects. The book I did with him was mostly recollections of process: what went into making a record, what decisions and contributions I made, but very little in the way of gossip or stories. I realized that I didn’t have to do that again, so that made it easy for me to just focus on the experiences that weren’t necessarily related to my livelihood.

How did you settle on the format of the book with short, three-part chapters?

I have a short attention span so I have a hard time plowing through 400 pages trying to figure out what the point is. I wanted a book you could open anywhere and start reading without feeling lost. You can go from the beginning to the end or jump around to different episodes. Eventually I weaved that into something that felt like a coherent story.

It gives the reader more power in how they want to experience it. It also made it easier for me to write the book, forcing me to identify episodes and anecdotes that actually had a point, rather than just replaying everything I ever experienced.

What are your memories of recording with The Pursuit of Happiness?

The two albums I recorded with TPOH were done in my studio in upstate New York. I came to Toronto to see them play live and had already heard the demos. It was one of those unnaturally effective pairings in that I like to work fast, and Moe did, too. They played everything on the road before coming to the studio, so we made the first record [1988’s Love Junk] from the first downbeat until it was in the can in 10 days. I recall a couple of people in the band thinking that was too quick, and that it couldn’t be good, but I had the exact opposite opinion. You know it’s good because it didn’t take any time.

Moe also said you stayed up late into the night together and got along instantly.

Yeah! I very much identify with him because he was the leader of the band and had a particular approach, in some ways ironic but also brutally honest. That was rare back then. I also like getting down into the details of the music. If I think a line could be better or a song might need another section, I pester the musician. There’s nothing worse than going into the studio and realizing you haven’t finished the songs.

You’ve always had a sense of humour about the process of making music. Do you think that’s helped maintain your longevity?

It keeps you from getting bitter, I suppose. The music business can be so flighty, feckless and insincere. You get flack for avoiding expectations until the moment people get bored with you and then they say it’s the same old crap. It’s hard to tell when you’re succeeding and when you’re failing on someone else’s terms, so you need to develop a thick skin about it. Otherwise, it becomes too self-conscious. You’re not really exploring yourself for musical ideas, you’re filtering yourself through what you think people will accept.

I’ve been lucky enough to have a second career as a record producer, which got me off the hook financially for my own music. I didn’t have to worry about how commercially successful I was with my own projects. I was free to do whatever I wanted, often to the chagrin of the label.

Lucky you! That’s a huge luxury for any artist.

My favourite musician of all time is Maurice Ravel, for at least one good reason. He wrote the first rock and roll song, Bolero. It had drums all the way through it, and when they performed it people rioted. This is how artists make progress: by regularly offending the normal sensibilities.

I’m just a naturally eclectic musician, ironically because of The Beatles. Once they started going through all of those changes and inventing new genres, I came to expect that was what a band did. You shouldn’t have any idea what a band was going to do, and that’s how I looked at it as a genre-less artist. I think that’s what interested people in my music as well, because there’s a bit of rock in there, R&B, ballads and all kinds of experimental stuff.

Last question: If you were going to release a modern version of Faithful, covering contemporary artists, whose songs would you want to play?

Faithful was specifically what you would have heard on the radio 10 years before it was released. It was like what the radio was like in 1966, which was very eclectic. Nowadays people don’t listen to the radio, so the question would be what was happening in 2009. Some of it I wouldn’t touch with a 10-foot pole. I have no interest in covering Adele. It might be fun to recreate something by the Black Eyed Peas, but would probably be pointless because they’re works of the studio anyway, and I only rap occasionally. I’d probably have to do something by Radiohead because I’m a fan. By then Blur was Gorillaz, so maybe something by them, too.