Interview: Vampire Weekend’s Ezra Koenig on optimism, centrism and the meaning of life

"As people have been saying for thousands of years – love is the only answer to the absurdity of the world," says the indie rock luminary in this deeply reflective Q&A 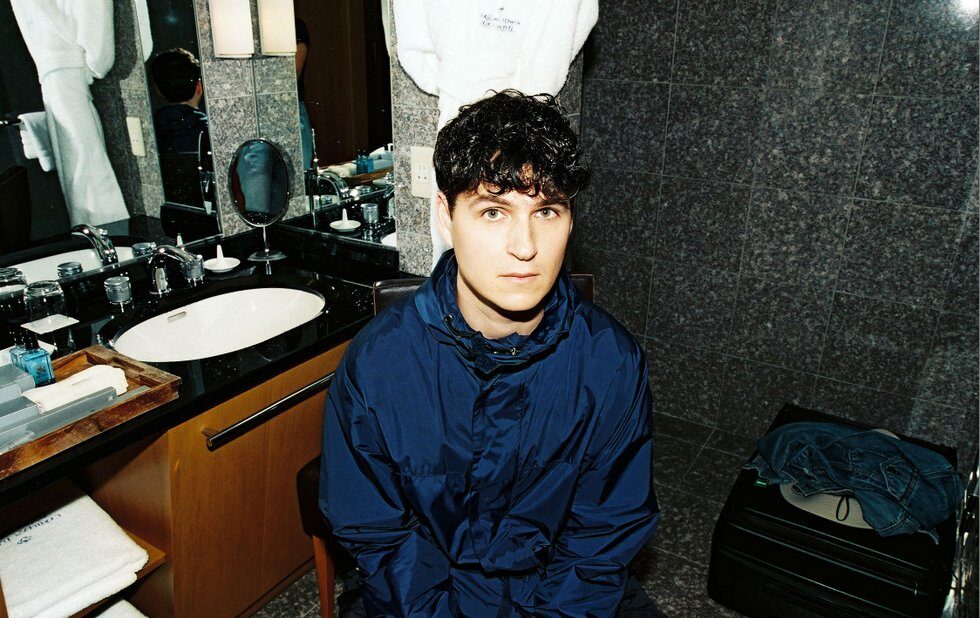 Few of us would say the world looks more hopeful now than it did in 2013, when indie rock darlings Vampire Weekend released their dread-ridden masterpiece Modern Vampires Of The City. Yet with their fourth album, Father Of The Bride, bandleader Ezra Koenig has taken a sudden turn toward positivity.

Koenig is deeply reflective when discussing his new record as a document of personal maturation, detailing how he stays optimistic in these uncertain times.

Father Of The Bride is more direct about love than anything you’ve written before. What made you want to be so vulnerable this time around?

For me, I had a type of pretension when I was younger, [not] wanting to be too straightforward. The idea of talking about love, pain or being “hurt and in need of affection” would have felt like it was lacking poetry or vibe. But that’s such a bizarre, self-defeating framework.

I started thinking, what are types of music that I love, but haven’t been able to draw inspiration from? A lot of the music that I’ve grown up loving is often straightforward. I thought: could I still be myself and say something straightforward?

Talking about those feelings directly are some of my proudest moments as a songwriter.

There is no ‘figuring out life.’ You’re never going to feel satisfied and chill, and if you do, you maybe shouldn’t be making music anymore.”

Does the album’s emotionally mature sound reflect where you’re at as a person?

Like a lot of people, I hit my late 20s holding onto the arrogance of youth, believing there were problems that I could solve, thinking I could figure out a version of my life and career that feels stable and makes me happy. And then you realize, no, in the artistic life there are pitfalls… problems come and go. There is no “figuring out life.” You’re never going to feel satisfied and chill, and [if you] do, you maybe shouldn’t be making music anymore.

The last album has a real quarter-life crisis vibe: you’re in your late 20s, you start thinking a lot about death, and it feels so intense. When you’re in your early 30s, it takes on a different tone. A weird feeling kicks in when life just goes on.

I’ve had experiences of intense depression. Obviously you’d do anything for it to go away. And sometimes it does go away. You don’t feel that visceral, chemical depression, maybe, but you’re still left with a few thoughts about “what is the meaning of life?” You feel quietly haunted by it.

On 2013’s Modern Vampires Of The City, you expressed considerable existential dread over the state of the world and our future. That now feels almost like an innocent time. How do you feel about the way the last six years have turned out?

In this time period, with so many intense debates happening, one thing that’s been very interesting to me is to see the way the centrist liberal position, which used to seem like the path forward, does not tell the whole story.

If you’re a centrist liberal, you say, “Oh my god, Trump is the worst thing that’s ever happened to the U.S. Now things are bad.” But you see a lot of people further to the left saying, “No, things were never good.”

As dark as that idea sounds, it also provides a sense of relief to me. To say things were never good is kind of healthy. It helps you gain some perspective on the problem.

As bad as things are now, when I see the real lefties digging into the centrists, saying “Your vision of the world is not a true counterpoint to Trump,” I find myself [saying], “Yeah! I knew something was off about that!”

What are the ways you find peace in a time of so much bad news?

For me, it’s all about giving up on those arrogant feelings that you can control the world, and realizing there are many things that are out of your hands.

When you dig back into some really old literature, whether it’s a 19th century novel, or the Bible, or the Quran, or the teachings of Buddha, or Marcus Aurelius, you’ll come across a line that shocks you because it sounds so modern. Somebody’s talking about a moment in history, 50 years ago or 1,500 years ago, and people will describe the human condition and the seeming futility of human existence in a way that seems like you read it on Twitter that morning. You’re reminded that there are certain things that don’t change. I get some peace from that.

And your reaction was to release a new album that’s all about love.

As people have been saying for thousands of years – love is the only answer to the absurdity of the world.