Istolethesoul FM aims to build a community around independent radio

Broadcasting open and live for 24 hours in the basement of May Cafe, the streaming pop-up station is blurring the lines between music venue and radio 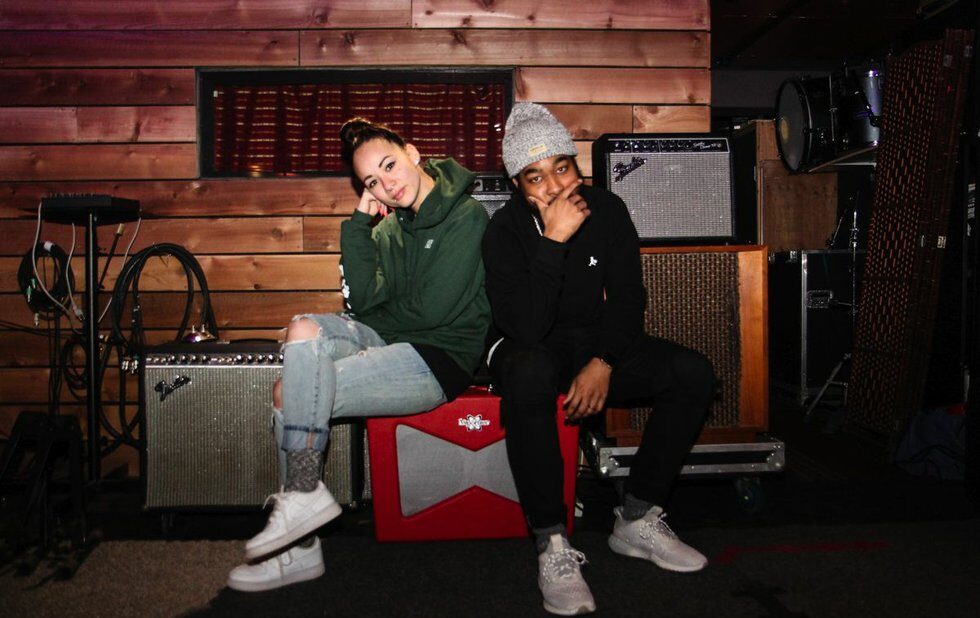 Past the arcade machine and down some stairs at May Cafe is a kitted out music studio that will host Istolethesoul FM’s debut on the airwaves, from noon on February 2 to noon the next day.

Except “the airwaves” in this instance is technically the internet, and it’s not exactly Istolethesoul’s first venture. New creative director Paul Chin took the keys from its original founder, Koray Özel, who started it as a record label and community initiative to feature then-new local artists such as Maylee Todd, Harrison and A l l i e with compilations and live shows.

For Istolethesoul FM, Chin, a producer and graphic designer, has teamed up with Josephine Cruz, who DJs as JAYEMKAYEM and hosts a bi-weekly show on London, UK-based online broadcaster Radar Radio. Their partnership began with direct messages on Twitter. It quickly became clear they shared similar goals after meeting up for coffee, so setting up the station was a simple decision.

Istolethesoul’s first broadcast is a 24-hour marathon at 876 Studio, a recording and rehearsal space in the basement of May Cafe. Chin and Cruz have programmed an eclectic set featuring producer collective Bedroomer, jazz band Worst Pop Band Ever, popular hip-hop night Boosie Fade and music talk and tarot reading show Crystal Ballroom, to name a few across a very wide spectrum. (See the whole list on the Facebook event page.)

Chin and Cruz say the variety of genres, time-specific programming and open doors should attract all kinds from around the city’s vibrant tapestry of a music scene.

“Radio is such an important piece of the puzzle for places that are maturing culturally,” Cruz says, noting how bigger broadcasters like BBC around the world focus in on local music culture. “It’s weird that people here don’t have more of an affinity for it, so we’re here to help build that.”

Chin admits that the concept of internet radio is “not even a little bit new,” but he feels that only recently have shows such as Apple Music’s Beats 1 taken advantage of everything internet broadcasting has to offer. He cites the power of Rinse FM and Apple’s Beats 1 as cultural vessels, leveraging social media, attracting influential talent to its broadcasts and facilitating sub-genres like grime and dubstep.

More locally, a DIY radio station broadcasting from a bar draws easy comparisons to the Toronto Radio Project (TRP), which went on hiatus in 2016 after two years of broadcasting with 60 original programs on a shoestring, not-for-profit budget.

Former TRP station manager Michael K. Newton says the fun of running an independent station can be represented in its challenges – namely, that DIY broadcasting means you actually have to do it yourself.

“TRP ran for 93 weeks straight and I only missed one shift with broken ribs from falling off my bike,” he says. “I saw [founder] Frazer [Lavender] more than my girlfriend and family.”

Independent broadcasters have to become quickly accustomed to that heavy workflow, says Karla Moy, also known as Hustle Grl, who hosts Trakhaüs Radio on iHeartRadio’s digital DAIS station, a show predominantly featuring hip-hop and R&B. But the flipside is having the ability to let people into her world. “You get to set your lane and put people onto new music,” she says.

That used to be a domain dominated by radio stations proper.

David Dacks, formerly a host at University of Toronto’s community station CIUT FM and now artistic director of the Music Gallery, says that in the past, community and campus radio stations were well-suited to exposing audiences to new music by trying new things live on air.

“Taking it back to the late 80s and early 90s, there weren’t very many places to hear hip-hop on the radio,” he says of the genre that, at the time, was a breaking wave in the surrounding market. They had the freedom to play stuff that commercial stations couldn’t or wouldn’t air – a function now arguably usurped by the freedom of internet radio.

“There was radio-only art and lots of spontaneous sessions,” Dacks says. “I’d have a lot of fun in the old CIUT studios, putting artists in three separate studios and seeing if they could play together without seeing each other.”

The Music Gallery is throwing a celebration of early FM radio’s creative spirit called Creative Music On Campus at Hart House on February 15. The panel features Ron Gaskin, Sarah Peebles, Nilan Perera, Claudia McKoy and Luca Capone and goes back to the emergence of FM at the end of the 60s, which, combined with the advent of late night programming, allowed radio to stretch out, experiment and involve listeners directly.

That spirit is echoed and scaled up by ventures like Istolethesoul FM’s marathon broadcast, which provides the personal touch of discovery that streaming services like Spotify could never find an algorithm for.

By broadcasting live at 876 Studio, it’s able to provide experiences for listeners who want to meet new people and jam out live as well as those more comfortable with headphones on at home.

“Building a community is the biggest thing that differentiates us,” Cruz says. “There’s nothing better than the human element of taking someone through a DJ set.”

Approximately 40 people fit comfortably in the space. “Forty people at all times for 24 hours would be a fun time,” Chin says.

So is it a music venue or a broadcaster? The line is blurry, and for Istolethesoul that’s a good thing.

In the future, they say, if they can find a way to make it more permanent then they’d love to have a space that belongs solely to them.

“It’s not the end goal that you can quit your job for, but it’s a great marker to identify that we have an audience, have figured out a way to make this sustainable and it gives us a little more permission to begin expanding that focus,” Chin agrees. “The idea of making it a known entity as a community space would be such a dream and a privilege.”

The 24-hour marathon is both a trial run, and hopefully for Chin and Cruz, a statement of intent for a regularly scheduled show. They’ve already started planning another potential pop-up to happen around Record Store Day on April 21.

“We already know there’s interest because we had to turn people down to do the show,” Cruz says.

If only there were more hours in the day.